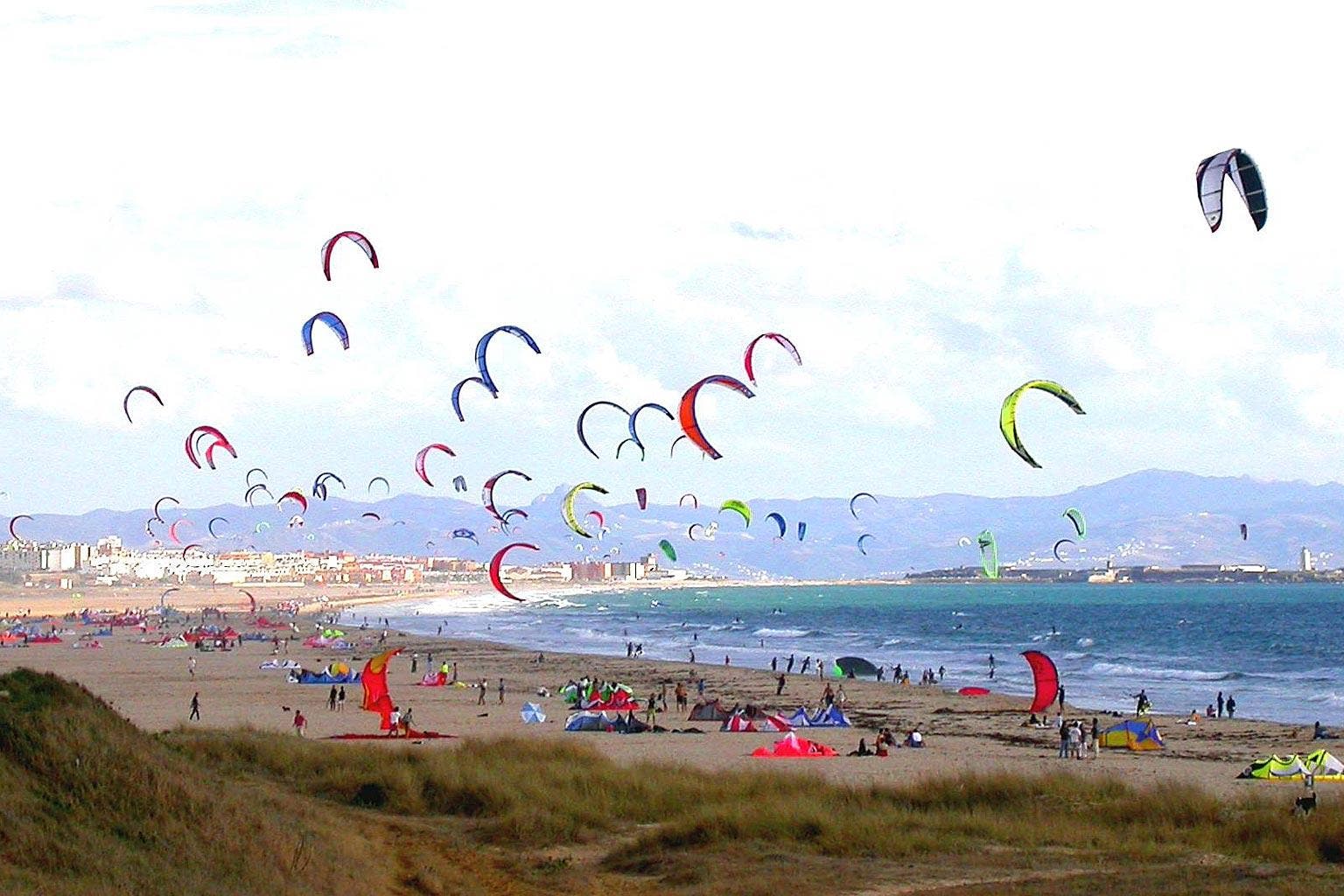 ANDALUSIA is truly a magical place.

It’s no surprise that, far from inland gems like Ronda, Cordoba and Seville, its beach resorts are a hit with tourists.

Stretching from the Portuguese border in Huelva to Almeria, the approximately 1,050 km of coastline features five costs.

They all offer their own unique insight into modern and ancient aspects of the region, which has hosted civilizations since before the Phoenicians.

The Costa del Sol is the jewel in the crown when it comes to tourism in Andalusia.

Stretching 161km from Torremolinos to Sotogrande, it is packed with Blue Flag award-winning beaches and features some of the country’s most popular destinations, such as Malaga City and Marbella.

Temperatures rarely drop below 20°C and there is so much to offer, whatever your budget.

Benalmadena and Torremolinos offer great sandy beaches and great budget food options – they’re one of the few remaining places where you can still find a €1 beer (the latter is also the region’s LGBTQ capital) ).

The city of Malaga, birthplace of Pablo Picasso, is thriving with culture. Its cobbled streets are lined with must-see museums, centuries-old churches and even Roman ruins.

And just down the coast, glam it up with the rich and famous of Marbella, filled with Michelin-starred restaurants, fast cars and buzzing nightlife.

And with its dozens of yacht clubs and ports, scuba diving, jet skiing and fishing enthusiasts will find their place – and there are even dolphin excursions, what more could you ask for?

The Costa de la Luz, or the Coast of Light, is where savvy Spaniards go to get away for a weekend.

With 200 km of coastline, it covers the entire province of Cadiz and has been known since the Phoenicians.

Ancient remains spanning Greek, Roman, Arab and Christian civilizations have left a multicultural haven filled with history and plenty of opportunities to explore.

And Tarifa is the crown jewel. Its ancient wall and gate transport you to another era while its cobbled streets adorned with independent shoemakers and shops will keep you busy for hours.

Meanwhile, its deep shores of soft golden sand attract millions of visitors each year and its stronger winds have made it a mecca for watersports, with shiny windsurfing kites becoming a permanent feature of its skyline.

Barbate remains a fishing village full of character and where fishermen still use the ancient Phoenician technique to catch some of the most expensive and respected tuna in the world.

Other traditions are maintained here in the country’s southernmost province, including the annual horse races every summer, held on Bajo de Guia beach in Sanlucar de Barrameda.

The city of Cadiz is also stunning in places and a true reminder of the rich Arabic history and influences left on the region.

Refuge for expatriates from all over Europe, this coast takes its name from its subtropical microclimate, which guarantees around 320 days of sunshine a year and sees the mercury rarely drop below 20C.

Ancient Almunecar, founded by the Phoenicians in 800 BC. AD, is a popular tourist spot and offers some of the best value for money when it comes to dining.

The coastal town also has some of the most impressive ancient sites, including a 2,000-year-old Roman aqueduct.

The Roman Baths and the Castle of Saint Miguel are other notable sites well worth a visit – or just spend a day at the beautiful beach.

Motril, the capital of the coast, offers more urban excitement and is one of the few places in the country where you can get a tapas with every drink.

Meanwhile, just 40 minutes inland you will find the magnificent Sierra Nevada. A mountain landscape which is a paradise for hikers and during the winter months, for skiers, the King of Spain himself having frequently slalomed on the slopes of Granada.

The 786km of coastline is also teeming with other sports, including horse riding, tennis, golf and every water sport imaginable.

On the other side of Cadiz, the Costa de la Luz continues through the province of Huelva into Portugal. It’s an incredible landscape of dunes and pine forests and is number one on the list of nature lovers who want a tranquil or intriguing getaway.

The coast itself, being in the Atlantic, offers the best conditions for sailing and water sports, with windier conditions making it optimal practically all year round.

Dotted along the shores are former fishing villages that have slowly transformed into popular tourist hotspots – but not to the point of losing their character and charm.

La Flecha is one of Huelva’s most famous beaches and the 13 kilometer sandbar is a sight to behold.

The natural spit of the marshes offers the novelty of bathing in the Piedras River on one side and the Atlantic on the other.

Curiously, Lepe is one of the wealthiest towns in the province after becoming a huge strawberry grower and supplier to much of Europe in the 1970s. It is also famous for its wine, which is mentioned in Chaucer’s series of medieval books, The Canterbury Tales.

And don’t forget that a drive inland will take you to the beautiful Donana National Park, filled with flamingos, one of Europe’s most important wetlands.

The easternmost of the five coasts, the Almeria coast has some of the most diverse landscapes, changing from rugged desert land to greenhouse cultivation and then to a flat area with several tourist towns.

From Roquetas de Mar to Adra there is a succession of beautiful beaches, including Guardias Viejas, Balerma and Balanegra.

But it is the Cabo de Gata-Nijar natural park that is the must-see site in this region. It is a paradise of fauna and flora, with deserted beaches and crystal clear waters, perfect for scuba diving, sailing or windsurfing.

2022-09-09
Previous Post: ! Spanish News Today – Ryanair Spain-UK flight turned back after hitting flock of birds
Next Post: Animation from Spain ready to make a splash at the Cartoon Forum