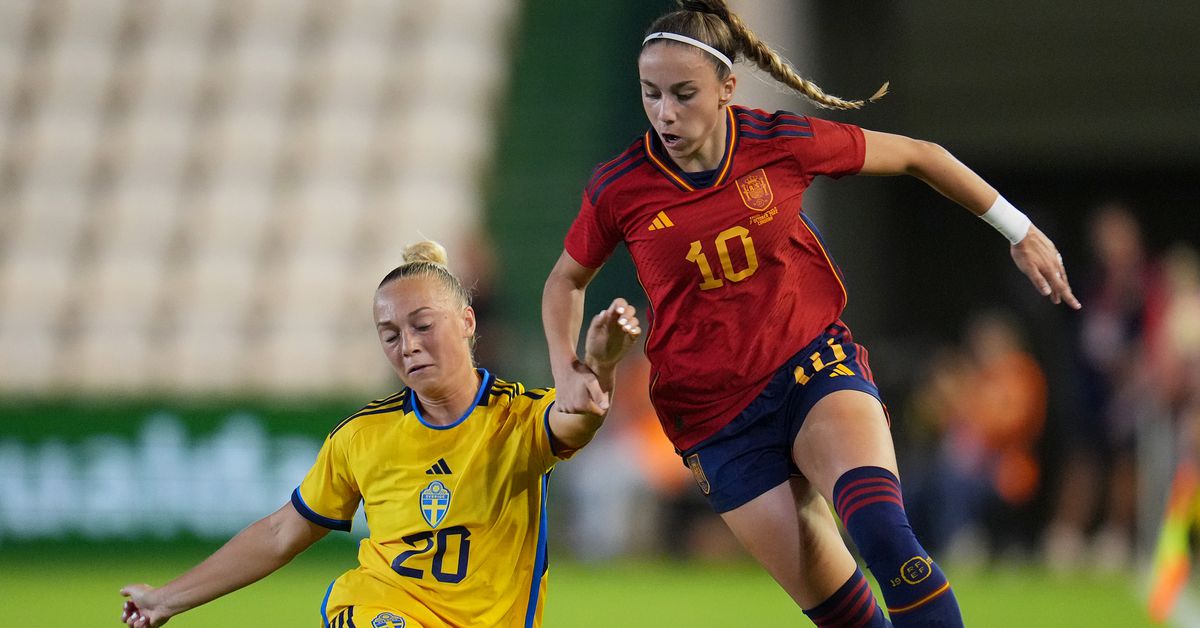 Before we get to football, let’s rewind for a second: when Spain last played on the international stage, they did so under the veil of a fractured dressing room and the whiff of a revolt by the players. There was a press conference to address the issue, but very little was clarified. Coach Jorge Vilda took unlimited time to tell his side of the story. Captains Irene, Patri and Jenni were given less than 10 minutes to answer four questions and denied that any group of players had directly called for Vilda’s resignation.

Then Spain beat Hungary 3-0 and Ukraine 5-0, with things looking surprisingly normal on the pitch. Never underestimate the ability of athletes to compartmentalize, I guess.

If you thought that would be the end of it, however, you’d be dead wrong. With the next international break on the horizon, fifteen of the team’s top players each wrote private emails to the RFEF refusing to be called, arguing that the current situation was untenable and had affected their health and condition. emotional.

Irene Paredes and Alexia Putellas were absent from communication due to injury (meaning they wouldn’t have been available for selection in the first place), but it quickly became clear that they were both on the 15 side.

The RFEF decided to respond publicly, saying the players should apologize if they ever wanted to return. The federation also described the situation as “unprecedented”, which is an interesting word to use, given that the last coach, Ignacio Quereda, was ousted by a player in revolt because of his sexist, racist, homophobic behavior , controlling and intimidating.

A documentary was released yesterday detailing the abuse Spain’s WNT had to endure under coach Ignacio (Nacho) Quereda from 1988 to 2015.

I will translate some key quotes because this needs to reach an English speaking audience.#InformeRomperElSilenciohttps://t.co/3MgVytB1I4

Not much has come out since about the exact dynamic between Vilda and his players, aside from a report from Mundo Deportivo which alleges extreme controlling behavior identical to Quereda’s in the past:

Vilda forced the players to keep the doors of their rooms open until midnight to check that they were there before falling asleep… In fact, specify these sources, it is Vilda himself who is in charge of closing the door after verifying that the internationals were there. This measure was corrected a few years ago, after players complained about it.

They also claim that [Vilda] checked them when they went shopping, to the point of checking their bags and their contents, and they even had to say with whom they were going to have coffee. All movements were always strictly monitored which made players feel bothered and embarrassed on many occasions.

Instead, much of the media attention has focused on why no Real Madrid player has stuck with all 15. Of course, many have jumped to speculation, and there already has a nasty rift between Spanish WoSo fans over this situation. The most that we know is that the the club itself advised players against sending the email to the RFEF, putting them in an impossible situation. Why Madrid chose to do this has been more rumoured, with an article by Onda Cero noting a link between Las Blancas sporting director Ana Rossell and Vilda back when Vilda was his trainer.

It may very well be that some Real players disagree with the 15, but we don’t have any proof of that at the moment. Jenni Hermoso is the only figure outside the rebel group to speak out, issuing a lengthy and unclear statement that can be construed either as a statement in favor or partially against her compatriots, depending on how you read it.

Anyway, she didn’t end up being selected unlike the record number of Madridistas.

Thus, Spain faced Sweden in an environment that has never been more publicly toxic or complex in the history of La Selección. Still, somehow we had a relatively normal game, with Spain even looking like the better team after a poor opener of around 15 minutes. Never underestimate the ability of athletes to compartmentalize, I guess.

Predictably, Vilda’s XI was filled with those who wear the All-White kit domestically (eight, to be exact).

Spain lined up in a kind of 4-3-3, although the roles of Teresa Abelleira and Irene Guerrero were rather loose, leading to different forms in midfield and ambiguous responsibility in the position of pivot (Tere was nominally the DM, although Irene is considered to be an actual DM on paper).

Peter Gerhardsson deployed Sweden in an interesting 3-4-3, placing Fridolina Rolfö in the middle and Asllani on the right.

Les Bleu et Jaune started the game as a top team, pressing high and possessing most of the ball against an unusually conservative Spain. Vilda, no doubt, had looked at her new lineup and decided to sit down and go long. Initially, it didn’t work. Spain’s openness spawned new possessions for Sweden and fended off La Furia Roja.

Asllani, who spoke about Spain’s situation before the match (in Spanish, if you were curious), was omnipresent during this period, finding pockets to receive easily and pressing well.

Kosovare Asllani told SVT Sport Sweden that she is looking forward to meeting Spain. But she also says ‘it’s a unique situation and now we’re not going to face their best team’. Also adds that one player Sweden needs to watch is his former teammate, Athenea.

In the 14th minute, she burst onto a ball from Rolfö and sent a pass to Rebecka Blomqvist, pushing Sweden ahead.

The Spanish defense was poor on this streak, perhaps displaying their discomfort in such a passive position. Irene failed to stay with Rolfö, causing Ivana to rashly move and, consequently, a breakdown which Asllani exploited. No one could cover and that led to a high value opportunity.

From a more general point of view, Ivana, together with Rocío, struggled at first, failing to follow the markers in the box and throwing wayward passes. However, the activity of that player Asllani had warned of, in addition to Olga Carmona and Alba Redondo, helped provide an outlet over the top and brought Spain back into the game.

Sweden had their own problems defending the box – both in open play and from set pieces. Redondo was a threat with his movement and aerial ability (hitting the woodwork once), while Rocío was nearly unstoppable around the corners. This theme continued into the second half and it was only a matter of time before Spain scored.

Athenea, for her part, has only gotten bolder, taking on three players at once on more than one occasion.

Unsurprisingly, Maite added a silky quality to midfield and helped his side continue to build dangerous attacks. Finally, in the 82nd minute, Spain got their reward:

It’s normal that the goal came from a set piece, considering Sweden’s mismanagement throughout the game. In this case, Irene Guerrero was able to find Cardona in the box, who would have had a harder time missing than scoring.

After a final Sweden substitution in the 90th minute, the game ended, leaving me (and others, I’m sure) in a rather melancholy mood. If Spain could surpass Sweden with 15 (technically 18, if you include Paredes, Alexia and Jenni) of their best players missing, what does that say how good they could be with a full squad guided by the best of coaches and a competent federation?

Spain should be a non-negotiable generational powerhouse in women’s football.

Instead, here we are.