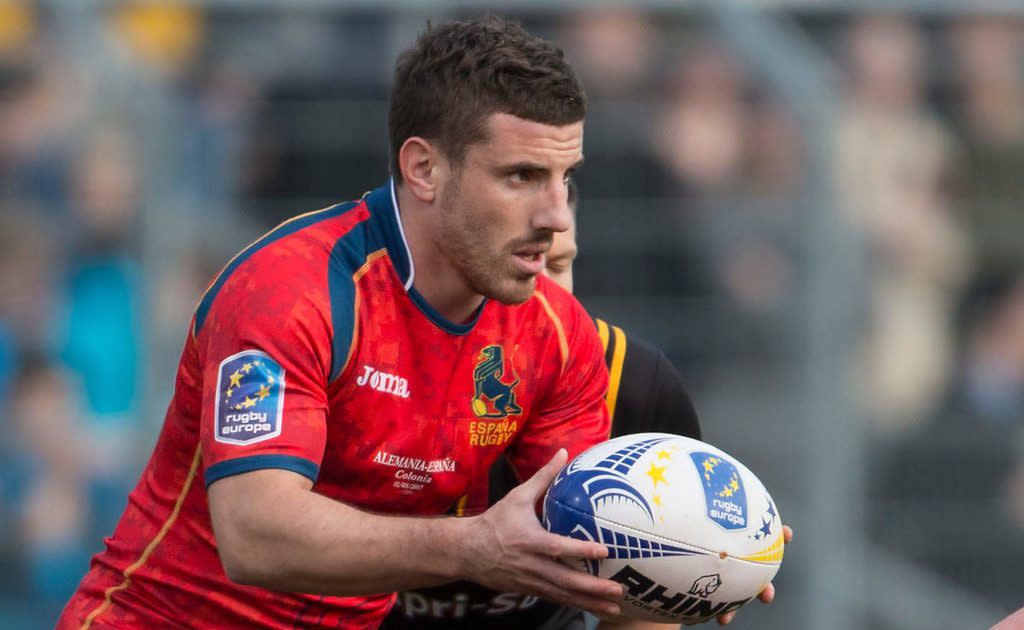 In an unrestrained interview with Midi-Olympique, Spanish scrum-half Guillaume Rouet, who was twice denied a World Cup shot by player irregularities, could not contain his fury at what which he regards as incompetence of rank by his union.

Saying he and several teammates were now carrying the can twice for misadministration by the Spanish FA, Rouet also barely contained his dismay at the actions of Gavin van den Berg, who allegedly forged his passport to meet the eligibility criteria. at the residence – what complicity the federation was in it is not yet clear.

“We are discouraged and very upset,” Rouet said.

“For many of us, it happened twice in a row. We qualified on the field. The bodies at the top have not done their job. It’s infuriating, because it’s something we have no control over and we are the ones who suffer the consequences. There is a lot of anger.

“We are all quite discouraged. We will call each other in the next few hours, but I think they will be in the same state of mind as me, namely very angry.

“For many who went through it four years ago, it was also their last chance to compete in a World Cup, because age makes it so strong. It’s very sad. We didn’t not lost on the ground, where we have done the work. The leaders, unfortunately, no. I am also worried about future generations.

“It happens once, you can say ‘it’s a bit amateurish, they’re not really used to it’. There, the leaders were warned of what could happen. We see that they have not learned from their mistakes. It’s infuriating.

When asked if he had any contact with Van den Berg, Rouet was succinct.

“I think it’s best not. He knew about the shenanigans. I don’t want his apologies. Either way, the damage is done.”

The image of Spanish rugby has already been tarnished in 2019, but for the same, or similar, to happen four years later will leave an indelible stain on the game in the country, just level as rugby is on the rise in many developing countries. Rouet’s warning to future generations carried a lot of weight.

“For future generations, what image will we have? Will people want to play for the Spanish team? For many people based in France, it was very hard to be released every time by the club.

“While we had finally gained some respect from the leaders and the clubs, we are still leaving like clowns now with this story. It is unfortunate.

“Our administrators must also put themselves in our shoes. We have just spent two difficult months waiting for the decision. When there were the first rumors, they told us not to worry, that we were going to be fine, that they had done everything correctly. It proves they didn’t. We are very angry with the Spanish leaders who are responsible for this.

At 35, Rouet’s chances of winning a World Cup are now all but exhausted. His understandable anger can still crystallize into something resembling a race for administration; certainly it is unequivocal: heads must roll at the federation.

“I don’t see how, twice in a row, rugby can recover. I think inevitably there will be changes. I hope so, at least, at the level of the leaders who deal with it,” he said.

“Afterwards, I would like Spanish rugby to recover. There are very beautiful generations to come and potential in this youth. I really wish that one day they will come to RWC, so they will tell me how it feels.

“For me, I have to be realistic, when the next one takes place, I’ll be 39. I haven’t made a decision yet, but I think it marks the end of my adventure with the Spanish team.

“I will retain the human adventure. I do not regret having done this for many years. It allowed me to see something else. I discovered great guys, great friends and that, fortunately, they won’t take anything away from us. I may be naive, but if I had to do it again, I would.

The article Spain: scrum half Guillaume Rouet furious against the Spanish federation appeared first on Planetrugby.com.