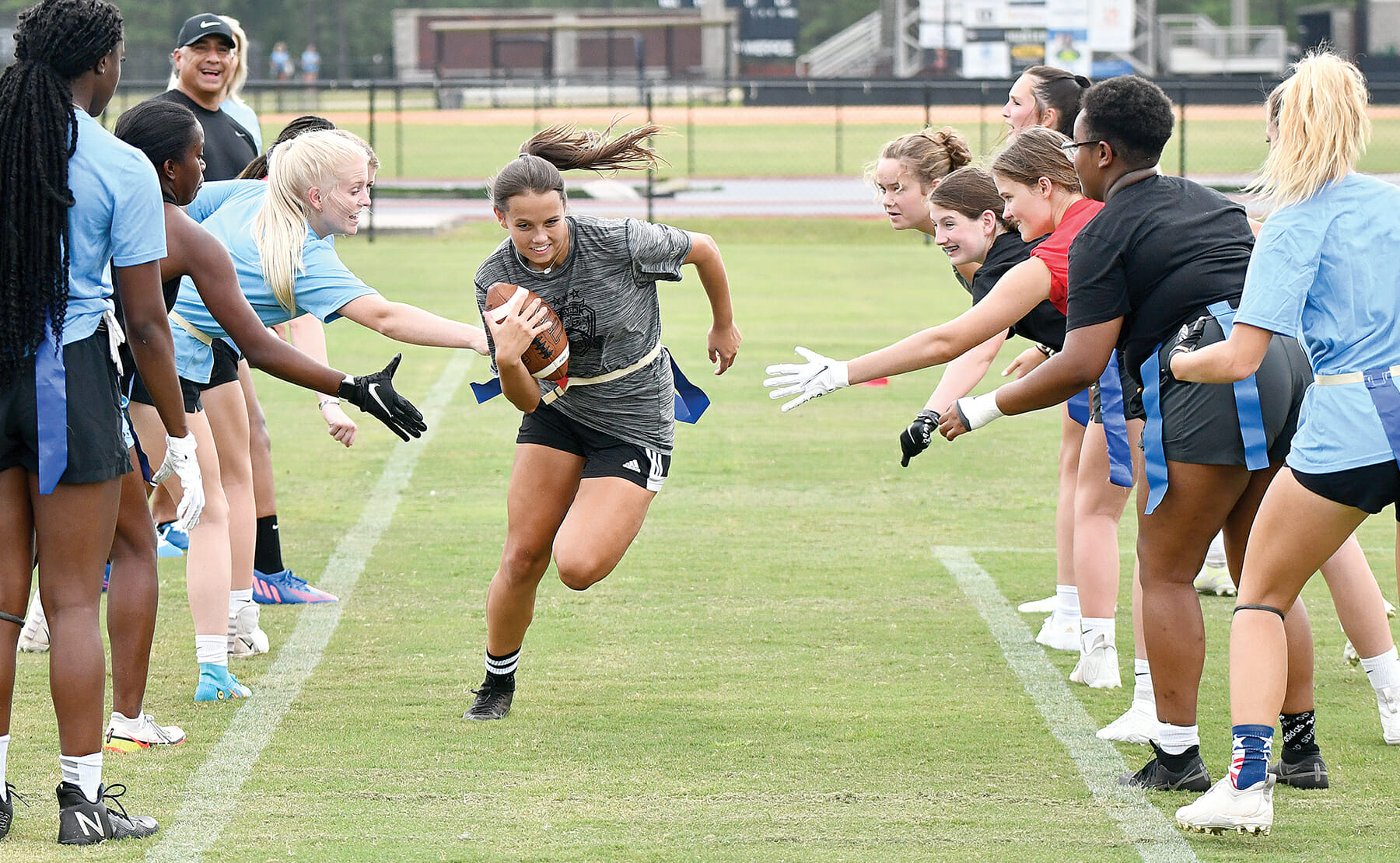 With the first season of flag football as an Alabama High School Athletic Association-sanctioned sport under their belt, the Spain Park Jaguars are looking to make their mark in the second season this fall.

AHSAA will hold an end-of-season tournament and crown a state champion as part of the Super 7 Football Championships in November. Spain Park aims to be there.

“We had a really successful season last year,” said Spain Park coach Carmen Starr. “We were super excited and super happy to finish 7-4, and with the pace we had. We lost our first game against Vestavia by a touchdown (19-12) then beat them 18-0 in our last game. We have improved a lot throughout the season. »

Despite their success, the Jags did not generate as much interest in terms of girls joining the team as Starr would have liked.

“We haven’t had many new players,” she said. “We had coaching changes in other sports and some of the girls decided to stick with their sport. We have multi-sport athletes and most of them have a year-round sports period.

“Fortunately, we have some who are just playing flag. We have a couple playing lacrosse, but lacrosse isn’t until spring so there’s no shortage of them.

“We only graduated two seniors so the core of our 14 players are back. We are still young, but they have a year of experience.

The Jags will have three seniors this year, including wide receivers Kaitlyn Bellanca and Lillian Gourley, and running back Maddie Davis.

Bellanca also plays lacrosse and is committed to playing the sport at Gardner-Webb University in Boiling Springs, North Carolina. Gourley and Davis played on Spain Park’s Class 7A State Championship football team in the spring.

“They know what hard work is,” Starr said.

Junior Emily Stricklin is back as Jags quarterback and freshman Jenna Kate Hutchinson will be her backup and catcher.

“She’s a former basketball player and she came over and said she wanted to play flag football,” Starr said of Hutchinson. “We are happy to have him.”

Statewide, 57 teams declared field teams this fall, but Starr said some opted out, such as Chelsea. Other Over the Mountain school field teams are Hoover, Vestavia Hills, Homewood, John Carroll Catholic and Oak Mountain.

AHSAA has divided teams into 16 areas. Spain Park is in an area that includes Vestavia and Oak Mountain, but that could change due to Chelsea’s decision not to field a team. Chelsea had to be in a zone with Hoover and Helena.

Spain Park will open the season on September 20 at home against Oak Mountain and Helena in a tri-match.

“We really want to do a good job, but our immediate goal is to gain some surface area and if we do, anything is possible,” Starr said. “We absolutely want to hang a banner, whether it’s a regional championship or a state championship, in our gymnasium and put flag football on the map.”