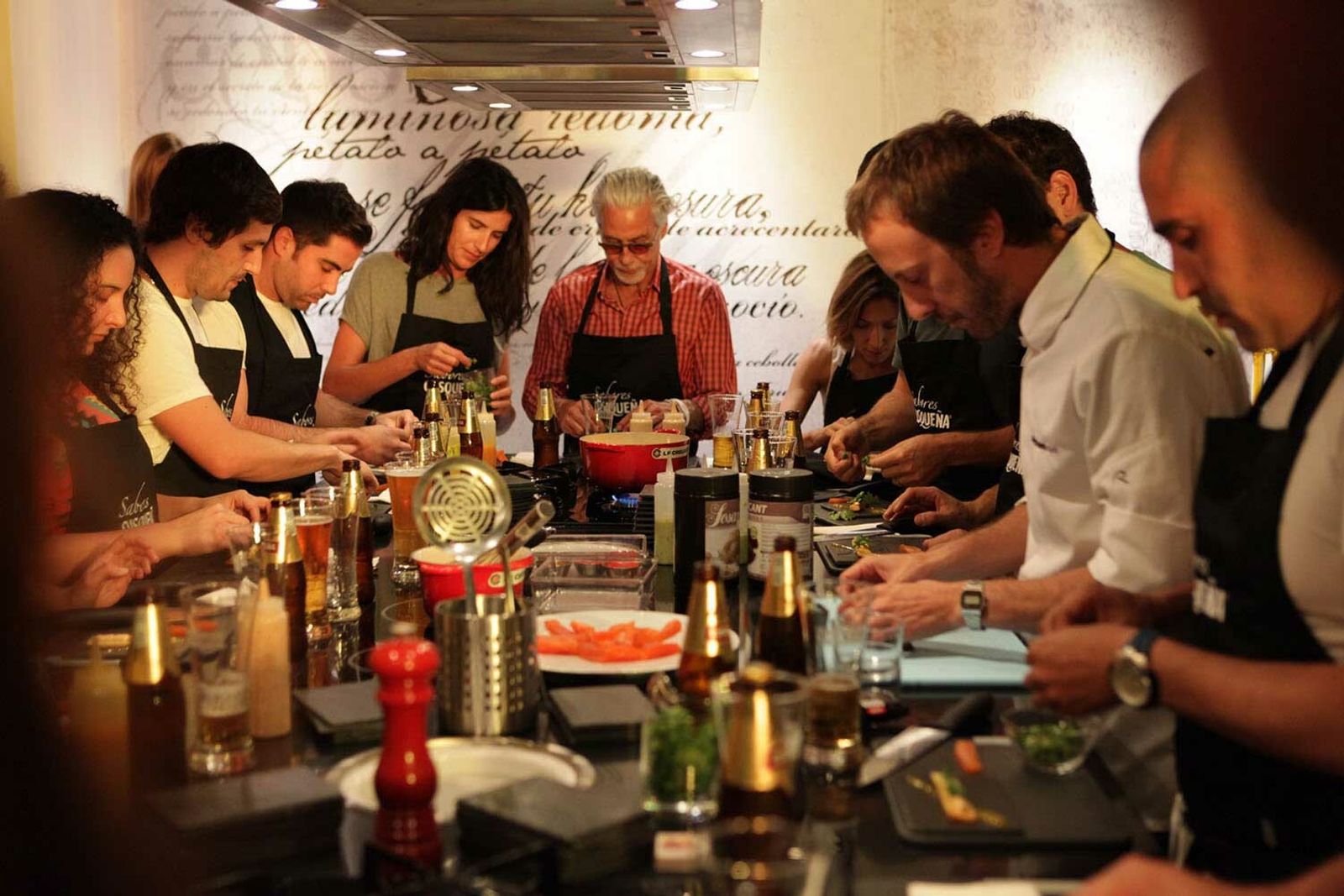 Seven of the Best Cooking Classes in Spain

3. Avant-garde cuisine, San Sebastián
Known for its professional cooking classes, the Basque Culinary Center in San Sebastián has produced some of the world’s most exciting chefs, including Santiago Lastra, who went on to open the Michelin-starred restaurant Kol in London. But it’s not just for the top chefs of tomorrow – the school also runs the BCC Culinary Club, a summer program for home cooks who are serious about food. Classes range from weekends to full weeks – among the first is Avant-Garde in two days, which will teach you modern cooking techniques such as making mousses and spheres using liquid nitrogen.. Price: €245 (£204) for two days, excluding accommodation.

4. Michelin inspired, Barcelona
Catalonia has led the way in giving Spain a place on the world map of gastronomy. In the Catalan capital, Barcelona, ​​passionate cooks can learn the ropes at the Sabores Taller de Cocina cooking school, recreating dishes served in some of Spain’s most renowned Michelin-starred restaurants, past and present. The afternoon class will show you how to make dishes including a banana and cocoa dessert from ABaC, Barcelona, ​​and the deconstructed tortilla from El Bulli. Price: €55 (£46) for 2.5 hours.

5. Local favourites, Sanlúcar de Barrameda
Being Spain’s Gastronomy Capital in 2022 is reason enough to head to the town of Sanlúcar de Barrameda, on the edge of Doñana National Park on the southwest coast. But if you don’t just sample the pretty town, you can also immerse yourself in the preparation of local delicacies. Espacio DécimoArtes’ small-group cooking experience begins at the Mercado de Abastos market, where the chef will source the best produce of the day and design a menu based on it. Price: €30 (£25) for five hours, including wine and beer.

2022-08-01
Previous Post: 2022 29er World Championships in El Balís, Spain
Next Post: The two roads in Spain are considered one of the most beautiful roads in the world