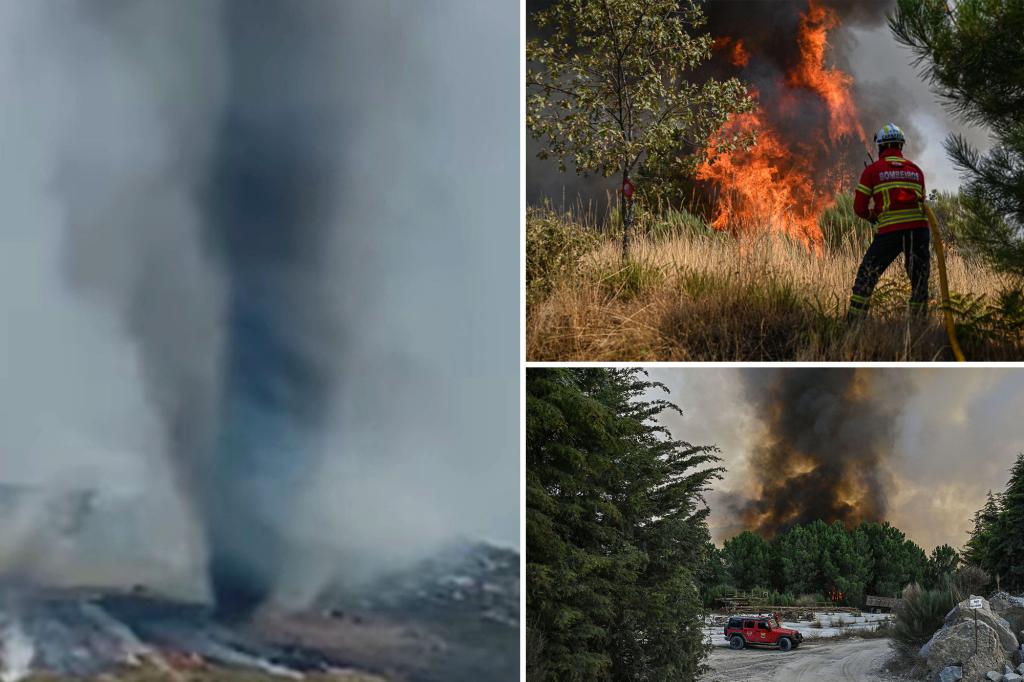 ‘Smokenado’ blasts the border between Spain and Portugal near the Alvão mountains: video

A wildfire burning in northern Portugal caused more than a spectacle of flames and smoke on Tuesday as what was described as a “smokenado” filled the sky and spread up the grassy hillside.

The scene took place in the mountains of Alvão, near the Spanish-Portuguese border.

Video taken by a local first responder showed smoke from the blaze being trapped in the tornado-like feature.

Forestry experts say these vortices are often weak and form when warm air rises and produces a vortex.

Most of the time, they are harmless, but can cause the fire to act erratically, putting firefighters at risk.

The scene looked eerily familiar when a “firenado” was spotted by helicopters in early August during a wildfire near Gorman, California.

As in the Golden State, the fires in Portugal have kept firefighters busy.

Authorities estimate that more than 250,000 acres of brush have burned so far during an ongoing drought and record heat waves.

The European Union has mobilized many resources, including aviation units, to help the country of 10 million people.

“As forest fires continue to threaten people and resources on our continent, we must remain vigilant and ready to deploy assistance as quickly as possible in the event of a fire,” said Janez Lenarčič, European Commissioner for Management. crises, in a press release.

The EU has said it stands ready to mobilize additional aid should the country request additional resources during the wildfire emergency.