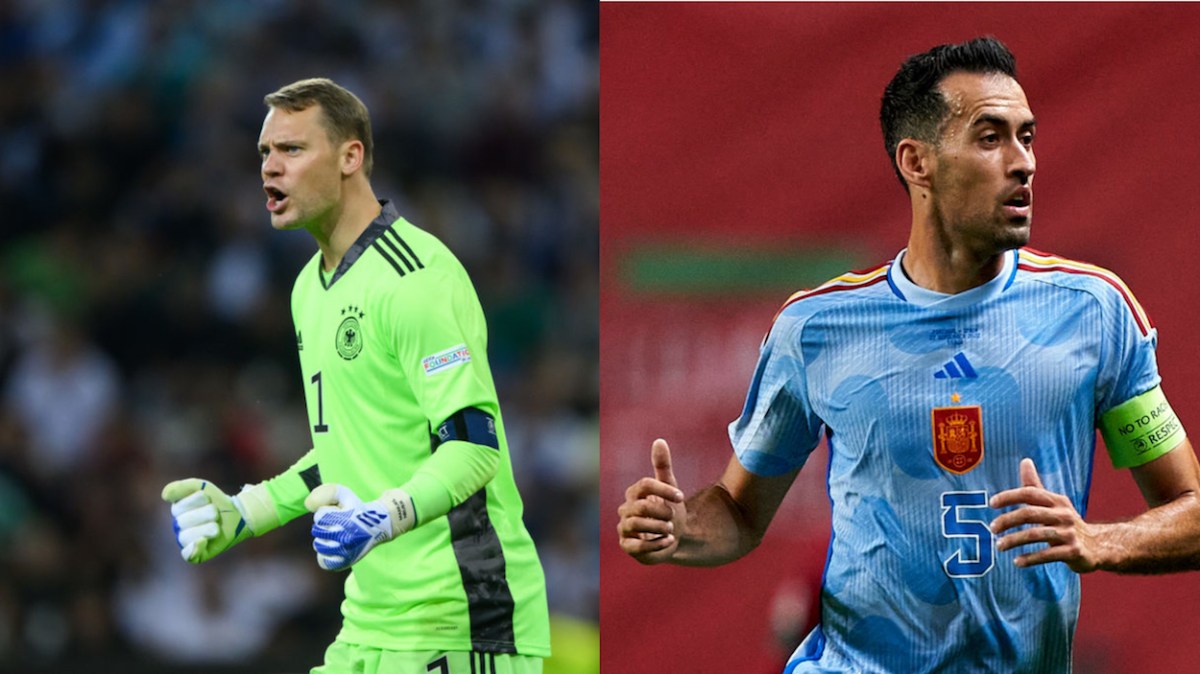 Whether you’re a lifelong football fan or a more casual observer, you’ve probably heard of ‘The Group of Death’. In every tournament, there seems to be a group where three quality teams fight for two spots. There isn’t really a clear consensus ahead of the 2022 FIFA World Cup, but Group E is certainly in the conversation.

Germany and Spain are two traditional powerhouses, but Japan and Costa Rica should not be underestimated. So with that in mind, let’s break down the group and plot out some likely outcomes.

World Cup Group A logistics: Who’s in the group and when are the matches?

As mentioned above, Group E includes Spain, Costa Rica, Germany and Japan. Each nation will play each other once in a list of matches that looks like this:

As usual, the winner of these matches will earn three points, and both teams will each earn one point in the event of a tie. At the end of the group, the two nations with the most points will advance to the round of 16.

And with that matter out of the way, let’s look at the teams.

In the not so distant past, Spain was the elite presence on the European football scene. Most of these stars, however, flew away towards sunset, leaving a new generation to attempt to reach the metaphorical peak. And luckily for Spanish fans around the world, La Roja is full of talent.

The Spanish defense has solid experience – Dani Carvajal and Jordi Alba are still there – and they will be helped by a strong midfield. Sergio Busquets is still sitting in front of the back four, dictating the tempo. He will be joined by two names from Spain’s new generation – Pedri and Gavi – in a more attacking setup, although Rodri could also enter the fray if manager Luis Enrique wants to be a bit more conservative.

When it comes to the front line, however, some question marks emerge. Spain have some talent in the attacking areas, with Ferran Torres and Ansu Fati (assuming the latter is as fit as he claims), but La Roja lacks an absolute goalscorer. Alvaro Morata has been consistently inconsistent over the years, and in the World Cup group stages a few missed chances can make all the difference.

Costa Rica punches above its weight, but Group E is just too tough

When you consider that Costa Rica is a nation of around five million people, reaching a World Cup is nothing to sneeze at. If you add the fact that los ticos survived a tough CONCACAF qualifying process while posting wins over USA and Canada into the equation, things will get even better.

In terms of roster, most players ply their trade in Costa Rica, although a few play abroad. The biggest name is goalkeeper Kaylor Navas, but Premier League fans will remember the name Joel Campbell, even though he never really made an impact at Arsenal.

This reality highlights the Central American nation’s biggest problem: in a group with two international heavyweights and a solid opponent, los ticos simply do not have the power to compete. Can Navas stand on his head and steal a game? Sure, but that’s not the best game plan.

That being said, however, stranger things had happened. Who would have chosen Costa Rica at the top of Group D of the 2014 World Cup?

Germany appear to be back to their best after disappointing streak

At the 2018 World Cup and Euro 2020, Germany looked below their best. When the teams land in Qatar, Die Mannschaft will try to work things out.

From the point of view of alignment, the Germans are rather well placed. Manuel Neuer is still holding the gloves in goal, and he will be protected by a solid defense (headlined by Antonio Rudiger). Stepping onto the pitch, however, things get even stronger. Leon Goretzka and Joshua Kimmich make a stable midfield duo, and Thomas Mueller certainly knows how to find space on the pitch and score a big goal. There’s room for different looks in the final third, but Germany will likely start with the quick front three of Leroy Sane, Timo Werner and Serge Gnabry.

It should also be noted that several of these players, including Goretzka, Kimmich, Mueller, Sane and Gnabry, are Bayern Munich teammates. In a tournament where the margins are tight, their extra chemistry can give an advantage.

That being said, talent isn’t always everything. Germany have crumbled into the limelight in the last two tournaments. Can Hansi Flick get everyone pulling in the same direction in his first World Cup as manager? And what’s plan B if Werner can’t hit the broadside of a Qatari barn?

Japan should not be overlooked, even next to big names

When you share a group with Spain and Germany, it’s easy to be overlooked. Japan, however, deserves your respect, if not your attention. The Samurai Blue have escaped the group stage at three different World Cups and beat USA quite comfortably in September, suggesting they won’t be a breeze.

The Japanese team is made up of players from the J1 League and others who play overseas. Some of the latter group, like Takehiro Tomiyasu, Maya Yoshida and Takumi Minamino, will be familiar to English football fans.

Similar to what I said about Costa Rica, however, Japan will likely lag behind talent wise. When it comes to attack zones, for example, will Minamino, Yuya Osako, and Takuma Asano have enough firepower to make a difference? Given the quality of the squad, getting a few draws probably won’t be enough to advance.

2022 World Cup Group E prediction: Germany and Spain advance, but with some effort

When it comes to making sporting choices, I’m usually lacking in talent. Although there is a margin of error, especially in a tournament, I stick to this principle for the 2022 World Cup.

In Group E, I give the green light to Germany as the best team. Their team is deep, experienced and should arrive in Qatar with pre-established chemistry. Spain will finish close second. They also possess a lot of talent, but the uncertainty around their attacking bumps La Roja down a place. Along the same lines, I give Japan a slight edge over Costa Rica for third place.

This gives us the following group ranking:

That being said, Group E is one of the trickiest in the entire World Cup. All it takes is a draw to upset the expected ranking.

When things kick off, you won’t want to take this band for granted.

Do you have any ideas on this subject? Continue the conversation in our comments section below.

2022-11-04
Previous Post: Spanish airspace was closed due to debris from an out-of-control Chinese rocket
Next Post: Drought is testing the resilience of Spanish olive groves and farmers