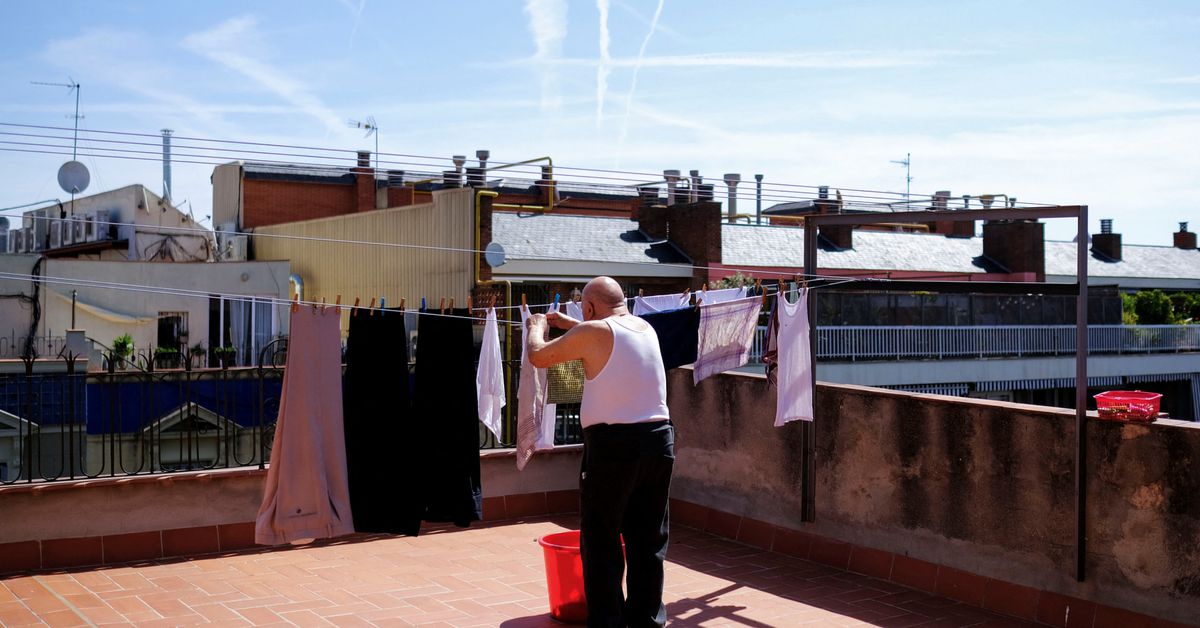 A pensioner hangs his clothes on the terrace of his house in Barcelona, ​​Spain, May 13, 2022. REUTERS/Nacho Doce

MADRID, June 25 (Reuters) – Spain on Saturday announced a 9 billion euro ($9.50 billion) package of measures to help its most vulnerable households cope with soaring oil prices. energy and inflation, including transport subsidies and an 80% reduction in taxes on energy bills. .

Pensions will be increased by 15% for those most vulnerable to retirement, including widows and the disabled, representing a monthly increase of 60 euros ($63).

From September, a 50% reduction will be introduced for those already benefiting from subsidized travel on national rail or bus services, plus a 30% reduction for those using regional services.

Self-employed people with low incomes of less than 14,000 euros ($14,775) per year or who are unemployed will receive a one-time payment of 200 euros ($210). Prices for gas canisters, a common way to heat homes in Spain, will be fixed until December 31.

Those most exposed to rising energy prices, including the fishing industry and farmers, will be able to benefit from social security exemptions.

“We are governing for the middle and working classes of this country even though we know that annoys some economic powers,” Sanchez told reporters.

The government will present a bill to halve to 5% the VAT on electricity bills which Sanchez says should come into force from January.

The new package will be in effect until the end of 2022, Sanchez said on Friday.

The package follows measures approved in March and in force until the end of June, worth €6 billion in direct aid and tax cuts and €10 billion in loans to favorable conditions to help businesses and households cope with rising fuel prices. Read more