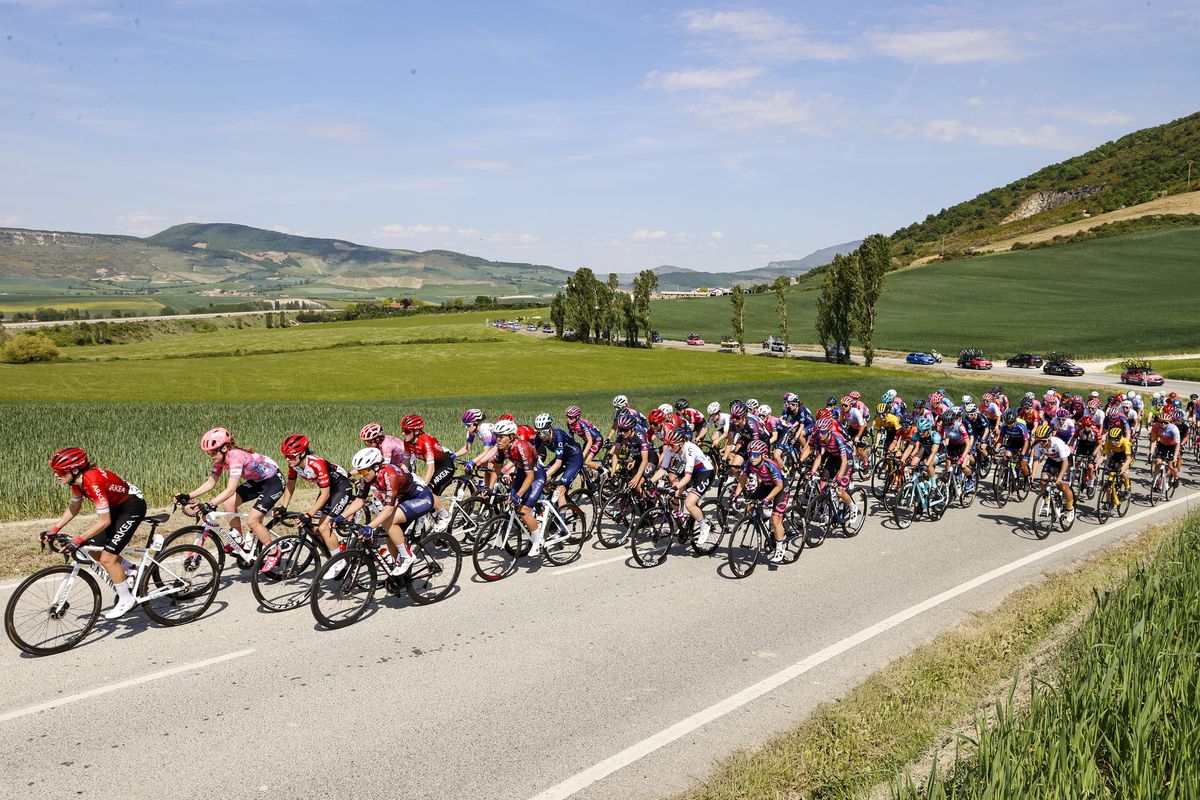 The peloton had to patiently wait another year for the inaugural Itzulia Women after the event was canceled last year, but the three-day race held May 13-15 will kick off the stage racing season on the Women’s WorldTour in Spain, a place that has become the mecca of professional women’s cycling.

It is part of a growing list of men’s events adding women’s races to their repertoire in recent years, including Vuelta Andalucia, Tour de Suisse and Tour de Romandie, as well as Paris-Roubaix Women and Tour de France Women, and apparently the next-to-return women’s version of Milan-San Remo, to name a few.

The event also represents a growing national road racing scene for women across Spain. In his absence last year, there was a total of 12 days of world-class racing to provide the professional peloton with a series of UCI level 1.1 races that culminated in the first stage race of the Vuelta a Burgos Women. WorldTour won by Anna, now retired. van der Breggen (then SD Worx) is only three seconds ahead of Annemiek van Vleuten (Movistar).

Itzulia Women and the return of RideLondon Classique as a three-day race (May 27-29) add two more top-level stage races, alongside the Vuelta a Burgos, to the WorldTour calendar this month .

Many of the top teams are already in Spain, which has become a hotbed for training camps and races before and after the Classics, preparing for Itzulia Women at Vuelta Ciclista Andalucia Ruta Del Sol won by Arlenis Sierra (Movistar), and a host of UCI 1.1 One Day Races where Olivia Baril (Valvar-Travel & Service) won Gran Premio Ciudad de Eibar, Sara Gigante (Movistar) won Emakumeen Nafarroako and Veronica Ewers (EF Education-TIBCO-SVB) won won Navarra Women’s Elite Classics.

They will likely stay in the region as well after Itzulia Women to run Durango-Durango Emakumeen Saria (May 17) and Vuelta a Burgos Feminas (May 19-22). Not forgetting the Ceratizit Challenge by Vuelta organized in September.

Races like Itzulia Women and Vuelta a Burgos are paving the way for the sport’s growth in Spain, as are teams like Movistar Team Women, a team that prides itself on developing female cyclists and has become one of the best teams in the world. in just five seasons. .

The three-day race will cross three territories of Euskadi – Alava, Bizkaia and Gipuzkoa, and will end on the course of the women’s race Donostiako Klasikoa – Clásica San Sebastián – with the Jaizkibel pass and the Murgil wall. A total of 363.6 km will be covered and will include 13 classified climbs and six intermediate sprints, two in each stage.

Starting from Vitoria-Gasteiz, the capital of the Basque Country, 22 teams will line up in total. There are 12 confirmed WorldTour teams, seeing only the absence of Jumbo-Visma and Uno-X Women Pro Cycling.

The mountainous route will cater to the strongest climbers, and while future faovurite Annemiek van Vleuten is currently recovering from a broken wrist, Movistar will field Gigante, who recently claimed their maiden victory for the Spanish team at Emakumeen Nafarroako , and her teammate Paula Patiño finished third.

The terrain will be somewhat similar to that of the one-day events held earlier in the week, so watch for continued strong performances from Ewers, who won the Navarra Women’s Elite Classics, and BikeExchange duo Ane Santesteban and Kristen Faulkner, who was standing on the podium.

Spanish champion Mavi Garcia, who raced for the UAE ADQ team, has become a rider to watch after recently finishing second overall in the Vuelta a Andalucia Ruta del Sol.

Sure, top teams will field their best rider for both climbing and breakaways. Trek-Segafredo with Lucinda Brand and Shirin van Anrooij will form a strong duo. BikeExchange will also field Amanda Spratt, who in good form would be an absolute favourite.

SD Worx will line up with a string of contenders in Ashleigh Moolman Pasio, Demi Vollering, Niamh Fisher-Black and Anna Shackley. Liane Lippert (Team DSM), finishing with two podiums; Amstel Gold Race and Brabantse Pijl will look to transfer his form into stage races. Just like Marta Cavalli, sensational from Futuroscope FDJ Nouvelle-Aquitaine, who won the Amstel Gold and the Flèche Wallonne.

However, if recent stage races and one-day races in Spain are any indication of potential success, watch the smaller teams to seize their opportunities – think of riders like Olivia Baril (Valcar-Travel & Service) who won in Eibar and Spain. Mireia Benito (Massi-Tactic) forced the day’s break and finished fourth in Navarra.