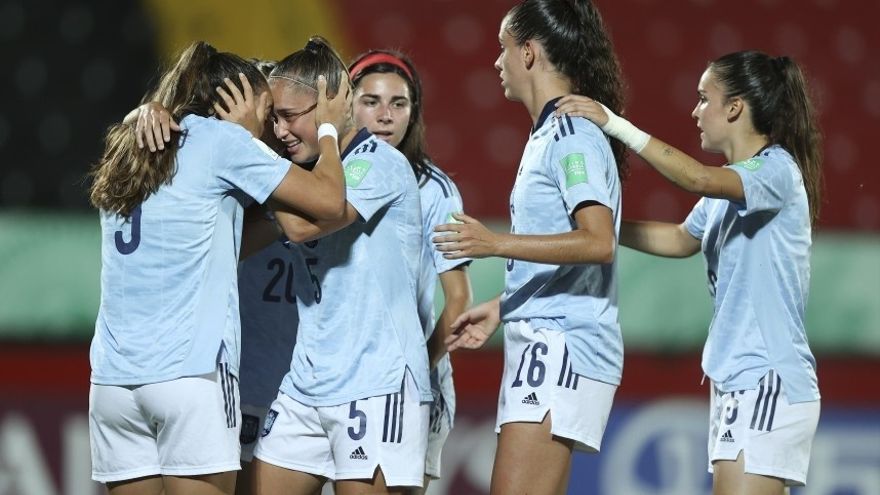 Spain, Brazil and Japan, favorites in the quarter-finals

selection of Spain, Brazil You Japan They will look this weekend to confirm His favoritism in the quarter-finals of the U20 World Cup name Costa Rica 2022While other teams like Nigeria, Colombia and Mexico aspire to deliver big surprises.

the quarter-finals are about to begin With the conflict between Spain and Mexico this Saturdayand a South American duel between Brazil and Colombia, while Nigeria take on the Netherlands and Japan against France on Sunday.

Spain will be in the lead, led by the tournament’s top scorer, Inma Gabarro (4 goals). a tough test Against the courageous team of Mexico, who The group stage had already warned of their potential in beating mighty Germany. 1-0 and out of the World Cup.

The Spanish team is one of the big favorites for the title And he will have to prove it this Saturday at 4:30 p.m. local time (22:30 GMT) at the National Stadium in San José.

The Spaniard, led by coach Pedro López, qualified top of Group A with 7 points, 8 goals for and none against, while Brazil finished second with the same number of points, but with one goal less. .

“Mexico are a super competitive team that beat Germany. we have all the respect for youAnything can happen in the quarter-finals. Let’s try to study Mexico thoroughlyPlan well to see if the players put themselves in the right position and hopefully we can enjoy this World Cup until the last day,” Lopez said.

In Saturday’s second match, Brazil and Colombia will also play at the National Stadium, a thrilling South American duel that repeats the recent Copa America women’s final, in which the Brazilians won the title.

Colombiawho won Group B against Mexico, Germany and New Zealand, Supported by his goalkeeper Natalia Giraldo wants to give the big surprise of the tournament And headlining Linda Cassado, her two great personalities.

Brazil are the most scoring team after Spain and without scoring a single goal, a streak they would like to maintain against Colombia.

On Sunday, it would be the turn of the title holders of the Japan and Nigeria category, who were The two teams that won all three group stage matches,

Japan will look to reach the semi-finals with tremendous momentum against France at the Alejandro Moreira Soto Stadium in the city of Alajuela, in a match that promises a power-for-power clash.

The French have corrected their trajectory to qualify after losing their first match of the tournament against Nigeria, but if they want to continue progressing in this World Cup, they will have to do their best and not make mistakes against the fast Japanese . Who wants to be the first. Win two U20 Women’s World Cups.

Nigeria, who qualified ahead of France, Canada and Korea, are one of the big surprises of the tournament and will face the Netherlands, who qualified for the quarter-finals, eliminating the United States in the phase of groups, which were among the powers-that-be. is part of. Women’s Football.

The World Cup semi-finals will be played next Thursday at National Stadium in San Jose.

2022-08-20
Previous Post: Iberdrola SA: connects 4,300 MW of renewable energy in Spain through grid access facilities for new generators
Next Post: Lakes and rivers in Germany, Italy, France, Spain, China and the United States are drying up as drought and water shortages hit the northern hemisphere