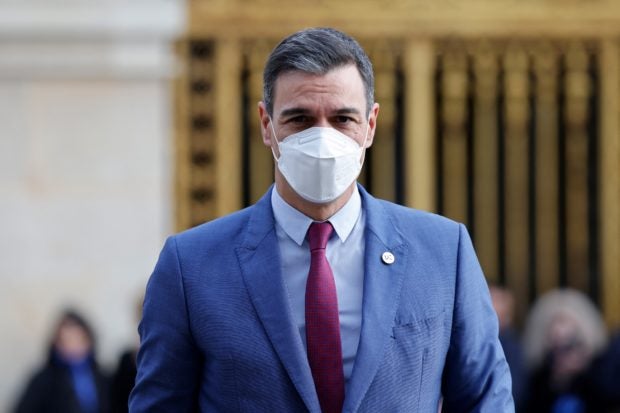 Spain’s Prime Minister Pedro Sanchez arrives at the Palace of Versailles, near Paris, on March 11, 2022, for the EU leaders’ summit to discuss the fallout from the Russian invasion of Ukraine. AFP

MADRID — An 85-meter yacht belonging to a Russian oligarch was seized in the Spanish port of Barcelona on Monday, Prime Minister Pedro Sanchez said.

Spanish newspaper El Pais reported that the seized yacht was named Valerie, which it linked to the head of defense firm Rostec, Sergei Chemezov, an ally of Russian President Vladimir Putin.

“We have temporarily immobilized a yacht in Barcelona belonging to one of the main Russian oligarchs,” Sanchez told La Sexta, adding that “others were to come.”

The yacht is worth 140 million dollars (128 million euros) and is 85 meters long, the Prime Minister said without giving further details.

The yachts are among the assets of the oligarchs targeted by the sanctions imposed by the United States and the European Union following the Russian invasion of Ukraine.

Chemezov is high on the sanctions lists.

Battlefield in Ukraine: Day 19 of the Russian Invasion

Could a no-fly zone be set up in Ukraine?