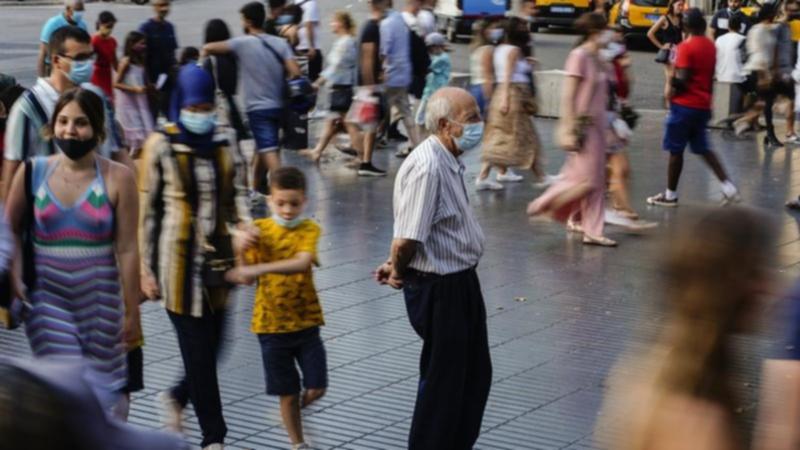 Spanish authorities are easing orders for outdoor masks as the number of COVID-19 infections falls in the United States while South Korean restrictions are extended by two weeks.

Spain will lift the requirement for people to wear masks outdoors as a measure against the coronavirus next week, extending a wider rollback of restrictions as the contagion slowly recedes in the country.

The cabinet plans to approve the end of the compulsory wearing of the outdoor mask at its weekly meeting on Tuesday and to make it effective two days later, Health Minister Carolina Darias told radio station La SER on Friday. .

Outdoor mask-wearing was reinstated in late December to curb the spread of the emerging Omicron variant of the coronavirus.

“We said it would only last as long as strictly necessary,” Darias said.

While contagion rates and other indicators have been declining for several days, the government considers the COVID-19 situation to have eased, she said.

Spain follows several other European countries that have started rolling back COVID-related restrictions.

Outdoor masks are no longer compulsory in France and Italy announced on Wednesday that it would publish a timetable for a gradual phasing out of restrictions.

Meanwhile, US authorities say new cases of COVID-19 are down in 49 of 50 states.

New cases per day have fallen by nearly half a million across the country since mid-January, with the curve trending downward in every state except Maine.

The number of people hospitalized with COVID-19 fell 15% during this period to around 124,000.

Similarly, an early warning program that searches for the virus in sewage found that COVID-19 infections are declining in the majority of participating U.S. communities, according to data released by the Centers for Disease Control and Prevention.

Deaths are still on the rise in at least 35 states, reflecting the time lag between when victims are infected and when they succumb.

But the trends give public health officials hope that Omicron’s worst is coming to an end, even as they warn things could still go wrong and dangerous new variants could emerge.

But that’s unlikely to happen before the Feb. 13 Super Bowl, which will draw up to 100,000 people to SoFi Stadium in Inglewood.

Overall, new cases in the United States have fallen from a record average of more than 800,000 a day in mid-January to around 357,000.

But in South Korea, authorities on Friday extended distancing rules for another two weeks as Omicron infections soared, including a 9 p.m. curfew for restaurants and a six-person limit on gatherings. private.

The restrictions were due to end on Sunday, but Prime Minister Kim Boo-kyum said the extension was needed to slow the spread of Omicron, fearing the Lunar New Year holiday, which ended on Wednesday, had fueled the infections.

“Slowing the rate of spread of Omicron, which is heading towards its peak day by day, is a priority in this difficult circumstance,” he told a televised government response meeting.

New daily cases have tripled in the past two weeks, but the number of deaths and serious infections has remained relatively low in the highly vaccinated country.