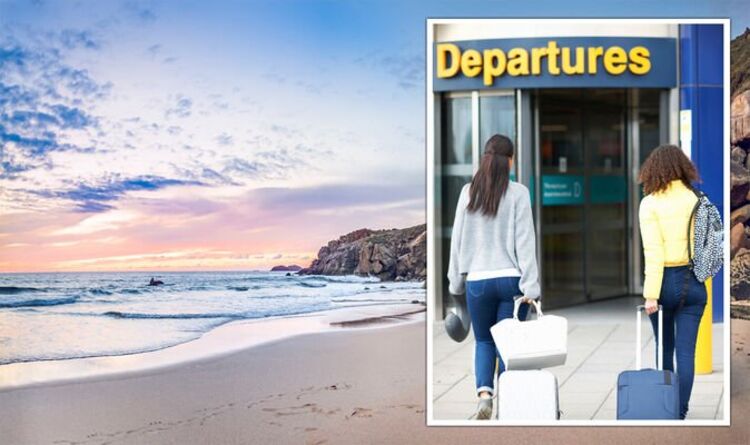 Until February 14, British teenagers could not travel to Spain unless they had received two vaccines. Although the rule has been lifted, some people in the tourism industry fear it may have come ‘too late’.

The ‘Safe Spain’ campaign aims to assure British families that unvaccinated teenagers will be able to travel.

It says: “Are you traveling to Spain with children aged 12 to 17? Check the new regulations as they no longer need to be fully vaccinated.

“If you live in the UK and are traveling to Spain with children aged 12 to 17, they no longer need to be fully vaccinated.

“If they are not fully vaccinated, they will be able to enter Spain upon presentation of proof of a negative PCR test carried out within 72 hours of their arrival.

“And it is no longer mandatory to wear a face mask outside in Spain!”

Many Spanish tourist destinations have suffered from strict vaccination rules for British teenagers.

Destinations in Benidorm and the Canary Islands, including Fuerteventura, Tenrife and Lanzarote, have appealed for the rules to be changed.

The rule was introduced before Christmas as the Omicron variant caused a spike in cases across Europe.

Tourists will no longer have to wear a mask on the beach or while walking or exercising on the street.

Despite the rule changes, some destinations fear the late announcement could mean Spain lost out to rivals such as Turkey.

The UK market is extremely important for many Spanish destinations, especially on the Costa Blanca and Costa del Sol.

Tourism officials hope the loosening of the rules will lead to more bookings for holidays in Spain as confidence grows.

UK adults will need to be fully vaccinated to travel to Spain and will need a booster shot if it is more than 270 days since their second bite.

Teenagers between the ages of 12 and 17 can enter Spain with a negative PCR test taken within 72 hours.

Fully vaccinated UK tourists will no longer need to take a test when they return to the UK.

They will need to complete the passenger locator form.

2022-02-17
Previous Post: Spain is investigating 68 allegations of child abuse by Catholic clergy and staff
Next Post: A Spanish port devastated by the shipwreck tragedy in Canada – Expat Guide to Spain