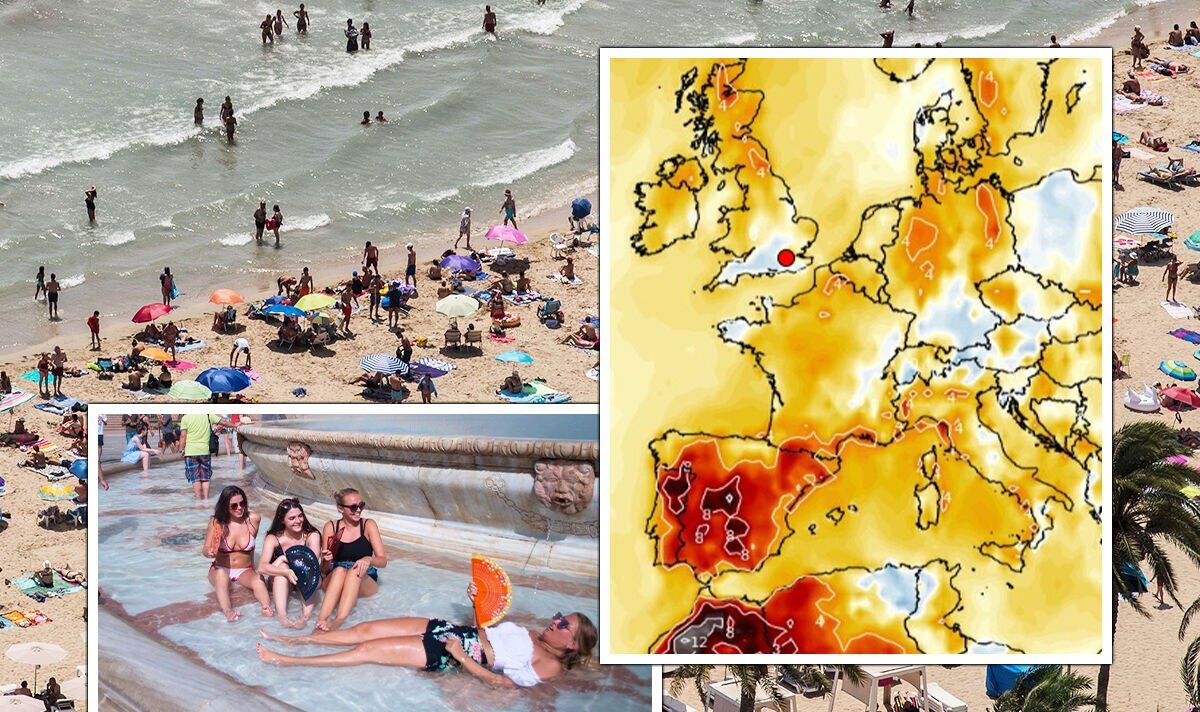 Temperatures are expected to be significantly above normal for the next three months. Spain’s weather agency, Aemet, said there was a 60% chance the Canary Islands would be warmer than normal this summer.

There is a 70% chance that the Balearic Islands will also be warmer than usual during the same period.

In response, local authorities have put in place an emergency heat prevention plan.

The measures will be in place until September 15.

The high temperatures will not only make any outdoor activity very difficult for tourists, but they could also have negative health effects.

The heat prevention emergency plan includes a monitoring system to assess the impact of high temperatures on the health of the population.

Meanwhile, local health centers are on high alert to deal with a potential influx of patients affected by the unusually hot weather.

A Canary Islands health spokesperson said: “These actions aim to increase individual prevention capacity to deal with the heat in the Canary Islands by applying easy and accessible measures.

Writing on Twitter, Aemet said: “When the heat comes, remember the importance of not leaving children, people with disabilities, the elderly or pets inside vehicles.

“Studies show that the temperature inside a parked car can quickly reach levels that are dangerous for people and animals.

“Leaving the windows ajar does not significantly reduce the temperature rise.

“Also, the effects may be more severe in children because they do not yet have the ability to regulate their body temperature effectively.”

A spokesperson for Aemet, Rueben de Campo, said: “The likelihood of the next quarter being warmer than normal is very high.”

Forecasting for this week, Aemet said: “From Thursday we will exceed 35C in large areas of the peninsula; more than 30C to 32C in the Balearic Islands and the southern Canary Islands.”

Aemet also warned of “tropical nights” with temperatures not dropping below 20C in some areas.