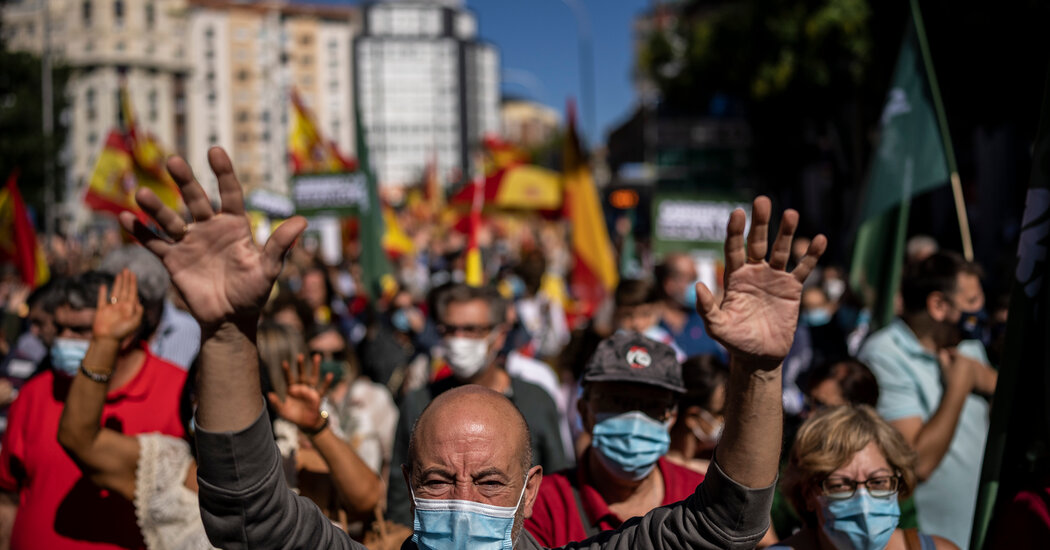 Spain is facing the loss of an important source of natural gas.

Algeria has ceased supplying gas through one of its main pipelines that crosses Morocco, a move that could threaten Spain with reduced supplies or higher prices for natural gas as it approaches. winter and soaring energy costs.

The shutdown, which began on Monday, is the result of a long-standing territorial dispute between Morocco and Algeria. It aims to deprive Morocco of natural gas, which generates around 10% of the country’s electricity, as well as tens of millions of dollars in transit fees paid by users of the pipeline.

But it could also have a big impact on Spain, which imports around half of its gas from Algeria. Spaniards, like others across Europe, are struggling with higher electricity bills as a result of soaring natural gas prices. The government in Madrid had to take urgent action to soften the blow to consumers.

Algeria is also proposing to offset Spain’s gas losses by chartering tankers to transport liquefied natural gas across the Mediterranean, even as the cost of these shipments has recently increased.

The move this week by the Algerian government comes after diplomatic ties with Morocco broke off in August, in part to protest Morocco’s efforts to control Western Sahara, a disputed territory. Since then, Algeria has also closed its airspace to Moroccan planes.

The dispute was rekindled last year when the Polisario Front, an Algerian-backed separatist group in Western Sahara, broke a long-standing ceasefire with Morocco.

On Sunday, the Algerian government announced that Sonatrach would end its trading activities with Morocco because the country’s “hostile” actions threatened Algeria’s “national unity”.

Morocco said the gas shutdown would have an “insignificant” impact on its power grid. Morocco was using Algerian gas to power two power plants operated in part by Spanish companies.

After an emergency meeting in Algiers last week, Spain’s Environment and Energy Minister Teresa Ribera said she was convinced that Algeria could “ensure that everything works as smoothly and as possible. best possible ”to maintain gas supply to Spain.

Some analysts warn that it will be a challenge for Algeria to increase the capacity of the undersea pipeline or to charter more ships of liquefied natural gas, given that there is a shortage of available ships.

Gonzalo Escribano, energy expert at Real Instituto Elcano, a Madrid-based think tank, said closing the gas pipeline in Algeria could cause Spain to pay more for gas, given the high cost and complicated logistics of shipment of liquefied natural gas, but this should not be a major supply risk before winter. Despite the latest tensions, he declared, “Algeria has historically always honored its contracts and political commitments in this area”.

For Morocco, however, said Escribano, “the situation is much more complicated”, both in terms of the loss of Algerian gas that supplied its electricity grid and the loss of the royalties it had collected on the gas passing through. by the pipeline.