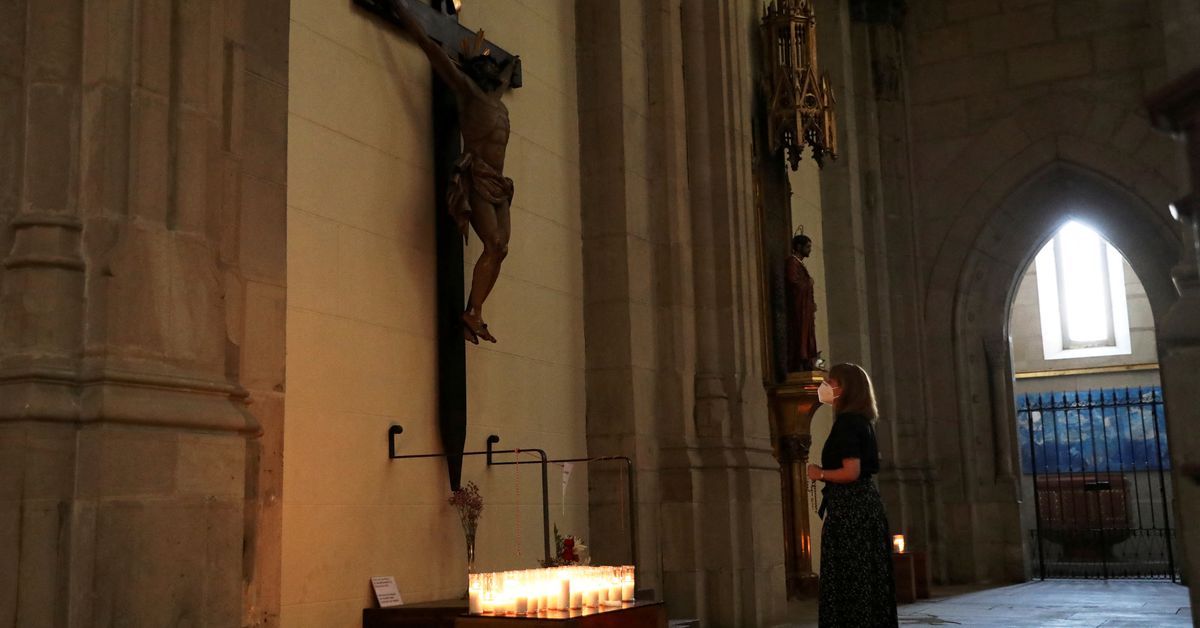 A woman wearing a face mask prays inside a church after a judge banned Catalan authorities from imposing a stricter lockdown on residents of the city of Lleida, to control the coronavirus disease outbreak ( COVID-19), in Lleida, Spain, July 13, 2020.REUTERS/Nacho Doce/File Photo

MADRID, Feb 16 (Reuters) – Spanish prosecutors are investigating 68 alleged cases of sexual abuse of minors by Catholic church staff, prosecutors said on Wednesday in the first release of official data on such cases.

Allegations of child abuse by Catholic clergy and possible cover-ups by the Church are only now surfacing in Spain, years after similar scandals have rocked the Church in other countries like the United States. , Ireland and France.

The prosecutor’s office published a spreadsheet with criminal cases launched in 17 Spanish regions for alleged sexual abuse of minors in congregations, schools and other religious institutions, but did not provide any details.

Alleged child abuse has been in the spotlight in the country since El Pais newspaper reported two months ago that it had found 1,200 reported cases between 1943 and 2018.

In January, the Spanish Bishops’ Conference announced that it would set up commissions at the diocesan level to hear complaints from victims of abuse. Last week, the ruling Socialist Party proposed setting up an independent commission headed by the country’s ombudsman.

The Spanish Church has a special page on its website on how to deal with cases of abuse, where it states that when a complaint is filed with the Church, all evidence collected will be sent directly to the Vatican. It also encourages victims to come forward and file a complaint with the regional prosecutor.