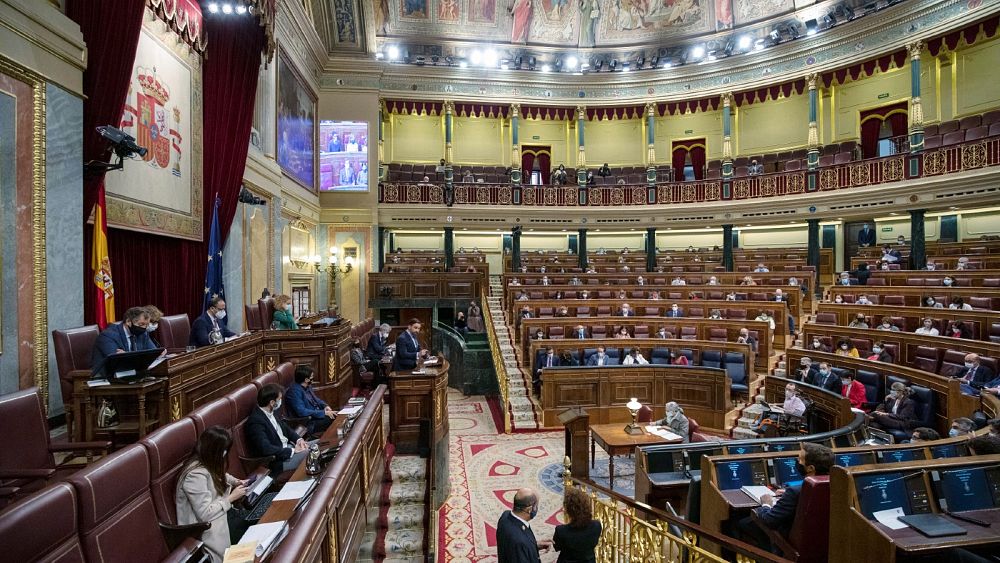 A Tory MP’s bizarre voting error, which allowed the leftist government to salvage its labor market reform at the last minute, sparked a political storm in Spain on Friday as the opposition considered taking legal action.

An “abuse of power” and an “unforgivable democratic error”: this is how the right-wing People’s Party described the vote which allowed the Spanish Congress to validate this emblematic text on Thursday, by 175 votes against 174.

In a letter released Friday, Casero said he was told he would not be allowed to vote for reform, but wanted to vote against it.

The Conservative MP, sick and voting remotely, said he realized he had made a mistake when he received his “certificate” of electronic voting. He then went to Parliament to ask to vote again, without success.

“The president was informed before the start of the vote that a deputy wanted to exercise his right, by voting in person, because there had been a problem with the electronic voting system,” insisted the leader of the Popular Party Pablo Casado.

“The regulations of the Congress clearly state that in this type of situation”, the governing body of Parliament “must meet to make a decision”, Casado insisted, assuring that in “other cases” similar to this one, the vote had been “cancelled”. .

Besides the voting error, other unusual events marked Thursday’s vote, which took place against the backdrop of high tension as the government failed to win the support of some of its traditional allies, like the Catalan independence group ERC.

Two deputies from the small right Union of the People of Navarre (UPN) opposed the text, when they had pledged to vote for it – in accordance with the instructions of their party, a “treason” denounced by the left.

At the crucial moment of the announcement of the result, the president of the Congress, the socialist Meritxell Batet, affirmed in the hemicycle the rejection of the reform, before changing her mind. This reversal was greeted with consternation by the opposition and relieved by the government.

The adoption of the reform, intended to reduce the precariousness of the labor market, was one of the conditions set by Brussels for the payment of part of the European recovery plan, of which Madrid is one of the main beneficiaries with 140 billion euros.

Negotiated for months by the government, this text came into force on January 1 as part of an agreement sealed with employers and unions. But he had to get the green light from Congress to be definitively validated.

The day after this turbulent vote, the People’s Party promised to “fight to the end” to have the vote invalidated.

Alberto Casero, the 43-year-old deputy at the heart of the scandal, hitherto unknown to the general public, has become the object of mockery on social networks, where some have ironically elevated him to the rank of hero of the left.

The Socialist Party (PSOE) denounced an “excessive reaction” and advised the People’s Party – which initially referred to a “computer error” – “to teach its members to vote electronically”.

“There has never been a technical breakdown in electronic voting, ever,” insisted Adriana Lastra, deputy secretary general of the PSOE, during a press conference, denouncing a “Trumpist” maneuver by the PP – in reference to the allegations of fraud made by Donald Trump in the 2020 US election.

For Javier Pérez Royo, professor of constitutional law at the University of Seville, there is practically no chance that the text will be revoted and that the courts will take up the question.

The MP “should be able to demonstrate that there really was a mistake in the operation of the system and that seems impossible. It is a system that has been used hundreds of times with the pandemic,” he told La Sexta television.