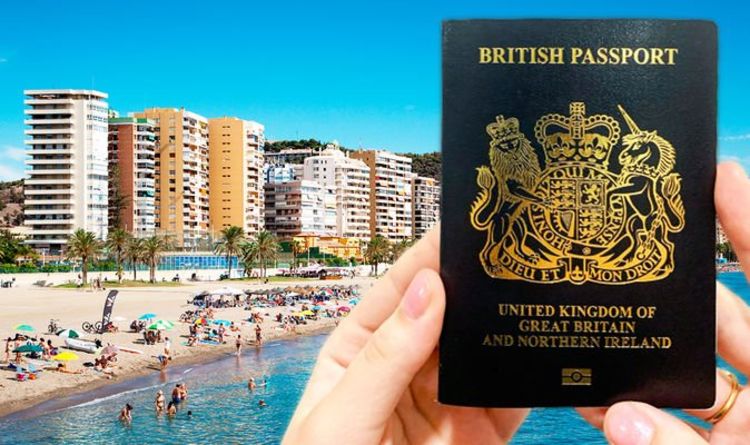 Vacationers and expatriates have come to terms with the new regulations governing travel conditions since leaving the European Union. The Costa del Sol, which includes hotspots such as Marbella, Torremolinos and Nerja, is seen as one of the hardest hit areas as the pandemic has also led to a drop in visitor numbers. A Briton has taken to a blog to express his frustration at living in Spain after his dream of living in the sun turned into a nightmare.

Nick Anders has claimed he was fed up with crime levels and the fear of ‘getting ripped off’ after moving to Nerja.

In a blog post written by the hapless sunseeker, he said he struggled to find work after moving to the Costa del Sol with just £15,000.

He wrote: “I’ve had enough, get me out of here, whatever you choose, the end result is the same.”

He added: “There are a lot of downsides to living in Spain and I didn’t know about them when I moved here.”

Mr Anders added: “An expat life in Spain can be a constant struggle, make sure you are prepared for it all.”

While an ex-pat, originally from England, claimed the Costa del Sol was in big trouble after Brexit.

“They need the Brits to carry the businesses through the winter.”

With the UK rolling back its omicron-related travel restrictions, the outlook for holidays in 2022 looks much brighter.

But the collapse in tourist numbers has been severe and according to official records it has been half a century since so few foreign travelers came to Spain.

The UK government always advises caution when traveling to Spain.

It says: “Public health measures to reduce the transmission of COVID-19 remain in effect throughout Spain and may vary from region to region.

“New rules may be introduced at short notice, for example, due to a new COVID-19 variant.”