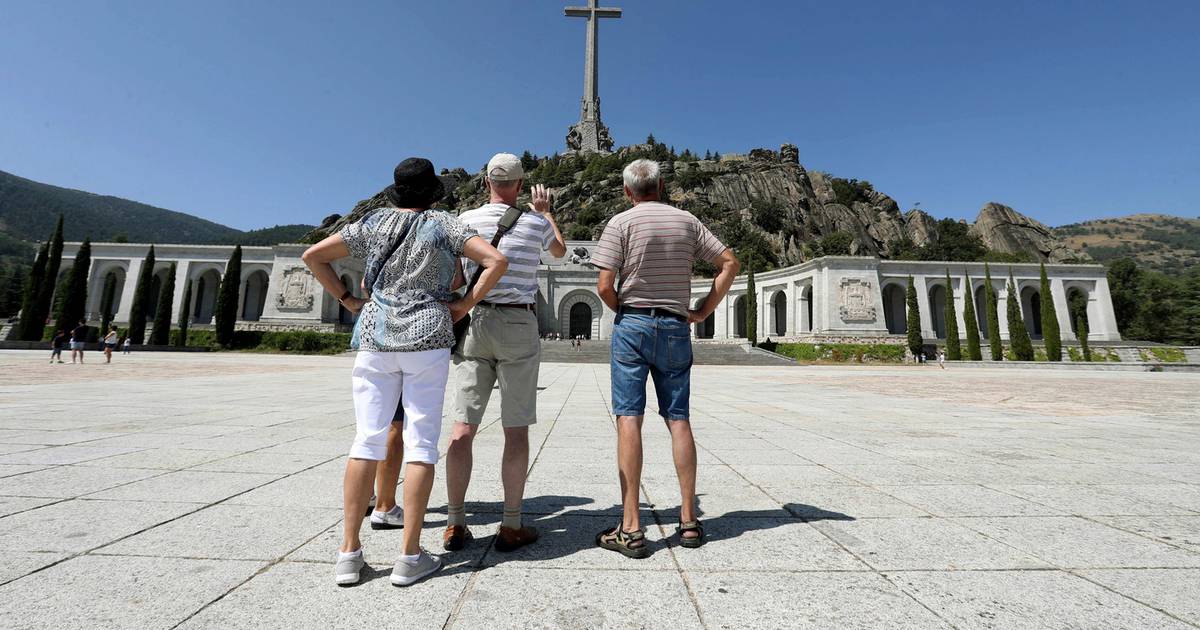 Plans are underway to exhume the remains of one of Spain’s most prominent far-right figures as the country implements new legislation to tackle the legacy of its violent past.

José Antonio Primo de Rivera, the leader of the fascist Falange party who died in 1936, is buried near the altar of a basilica in the Valley of the Fallen, a huge mausoleum in the mountains north of Madrid. In 2019, dictator Francisco Franco was exhumed from the same site and reburied in a cemetery.

In a press release, Primo de Rivera’s family declared themselves in favor of “the realization of the exhumation and subsequent burial of his mortal remains in a sacred cemetery according to Catholic rites”.

The family’s decision was prompted by parliamentary approval of a new law on democratic memory which aims to strip the mausoleum of its status as a symbol of Francoism and far-right ideology and turn it into a cemetery. civil.

A Benedictine community from the Valley of the Fallen runs the basilica and a 150m high stone cross sits above the monument. Around 34,000 victims from both sides of the 1936-39 civil war are also buried at the site, which was built by political prisoners and completed in 1959.

Primo de Rivera was executed at the start of the Civil War after being convicted of conspiracy against the elected Republican government. His ally, Franco, then led the right-wing nationalists to victory, becoming dictator until his death in 1975.

No date has yet been set for the exhumation, although members of the left-wing government coalition have welcomed the family’s willingness to comply with the Democratic Memory Law.

“We believe that the wishes of José Antonio Primo de Rivera and his family should be respected,” said Jaume Asens, spokesman for Podemos, the coalition’s junior partner. “Therefore, Primo de Rivera’s remains should be moved to wherever the family wishes.”

This contrasts with the controversy that surrounded Franco’s exhumation three years ago. The dictator’s family initially opposed the process and said if it happened he would have to be reburied in the crypt under the Almudena Cathedral in central Madrid. Fearing that the cathedral would become a place of pilgrimage for admirers of Franco, the government fought back and won a legal battle by ensuring that the reburial took place in a private cemetery.

Franco’s exhumation was also delayed due to resistance from the prior of the Benedictine monastery, Santiago Cantera, a candidate for the Falange party in the early 1990s.

The Democratic Memory Law, which was approved by the Senate earlier this month, outlaws Franco’s dictatorship and deems court convictions against the regime’s political enemies illegitimate. It also ensures that the state takes responsibility for identifying and exhuming the bodies of more than 100,000 victims of Franco believed to still be buried in unmarked graves across the country. Furthermore, it opens the door to the possibility of investigating human rights violations committed by the regime.

However, the law is politically divisive, and right-wing parties have criticized the legislation, saying it unnecessarily brings up the past.

At a political rally in Madrid last weekend, Santiago Abascal, the leader of the far-right Vox party, focused on the planned exhumation of Primo de Rivera, with language that invoked civil war.

“They want to desecrate the graves again; they want to dig up the hate again,” he said of the government. “They want to remove the body of José Antonio Primo de Rivera, whom they shot.”