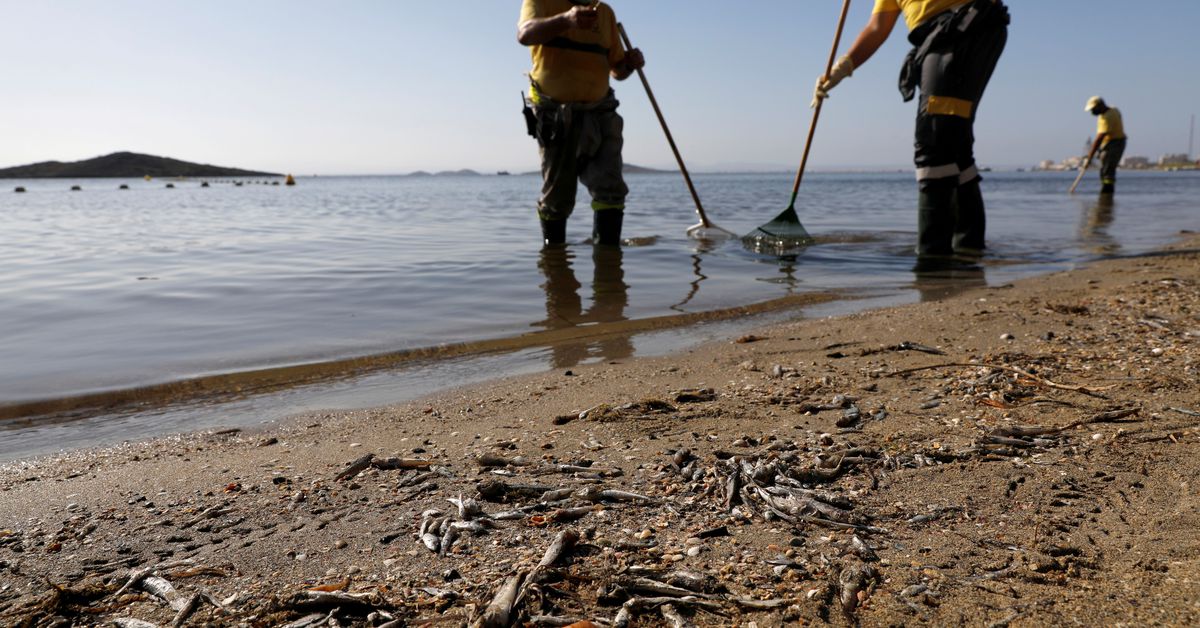 MADRID, Nov. 4 (Reuters) – The Spanish government on Thursday pledged 382 million euros ($ 441 million) to restore one of the largest saltwater lagoons in Europe, where environmental degradation has transformed the ancient marine sanctuary into a symbol of uncontrolled pollution.

Located on the Mediterranean coast of southeastern Spain, the Mar Menor was once a major tourist attraction, but years of contamination have turned its turquoise waters to a dark green, earning it the nickname “Green Soup. “among the locals.

“The environmental crisis of the Mar Menor is unsustainable, the attacks must be stopped immediately,” said Minister of the Environment Teresa Ribera, whose administration blames the regional government of Murcia since tons of dead fish began to wash up on shore in 2019.

As a first step, the plan includes cutting off the water supply to farms without an irrigation permit, revising sewage disposal permits and tightening controls on cattle ranches.

While regional authorities attribute the fish kills to unusually high temperatures for the season, conservationists have warned for years that runoff from intensive farming facilities that boost the local economy is damaging water quality.

High levels of phosphates and nitrates in the water cause huge blooms of algae to grow. These block sunlight from entering the water and reduce oxygen levels below the surface, eventually suffocating marine life.

Pollutants from urban development on the narrow sandbar that separates the Mar Menor from the Mediterranean aggravate the problem.

To minimize the levels of contaminants reaching the water, the government plans to invest 30 million euros to create a 1,500 meter green belt around the perimeter of the lagoon as a buffer zone.

Pedro Garcia, director of the regional association of naturalists of ANSE, welcomed the plan but expressed concerns that some projects could get bogged down in bureaucracy, delaying any concrete action, while others did not have a clear start date.

“The deterioration is so severe that they should launch all (the projects) in parallel,” he told Reuters.

Highlighting the huge impact of environmental issues, a report from Spain’s central bank suggested on Thursday that house prices in the region had stagnated since 2015, while in nearby Alicante they had risen by around 43%. .