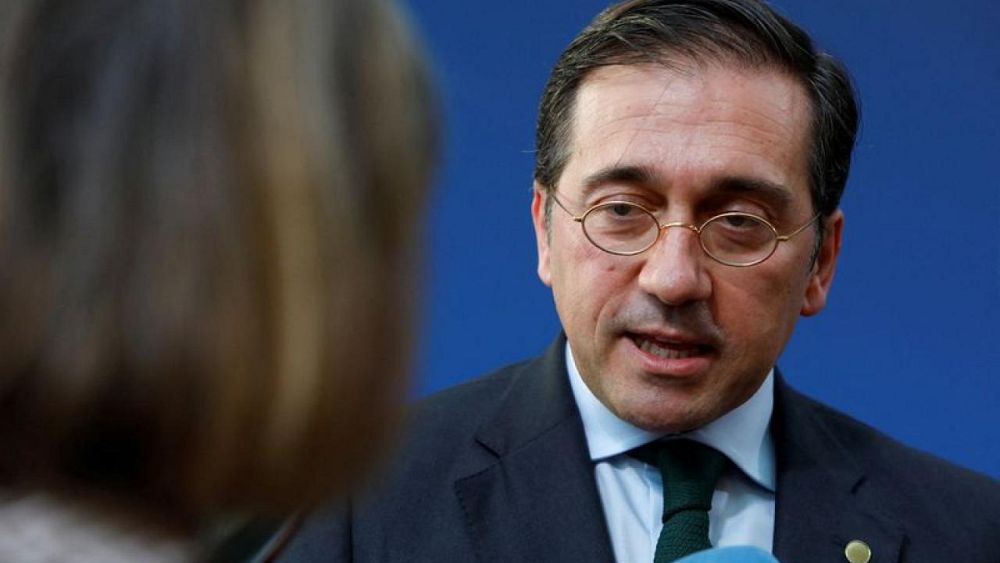 MADRID – Spain supports Ukraine’s ambition to join the European Union and the idea of ​​a new European political entity that could, for the time being, welcome Ukraine as a solidarity democracy, said Foreign Minister José Manuel Albares told Reuters on Friday.

The European Commission will issue a report in June on whether to accept Ukraine’s application to become a candidate for EU membership, which is likely to be a drawn-out process that is already sparking dissent within the block.

Invaded by its neighbor Russia, Ukraine is seeking fast-track admission, which countries like the Netherlands and Croatia have opposed.

Albares said Spain would support Ukraine’s admission unless the June report advises against it.

“If the European Commission’s report is favourable, Spain will support Ukraine’s aspirations to become a candidate, and from there the Heads of State and Government will meet to discuss ways” to make this happen. occur, he told Reuters by telephone from the Council of Europe. ministerial meeting in Turin.

He also welcomed a recent proposal by French President Emmanuel Macron to create a new type of European political community that would allow countries outside the bloc, including Ukraine and Britain, to join.

“Europe must define itself in the face of future challenges and future enlargement if that happens. The idea (that of Macron) falls within this framework of reflection, and Spain welcomes everything that advances the process of European integration,” Albares said.