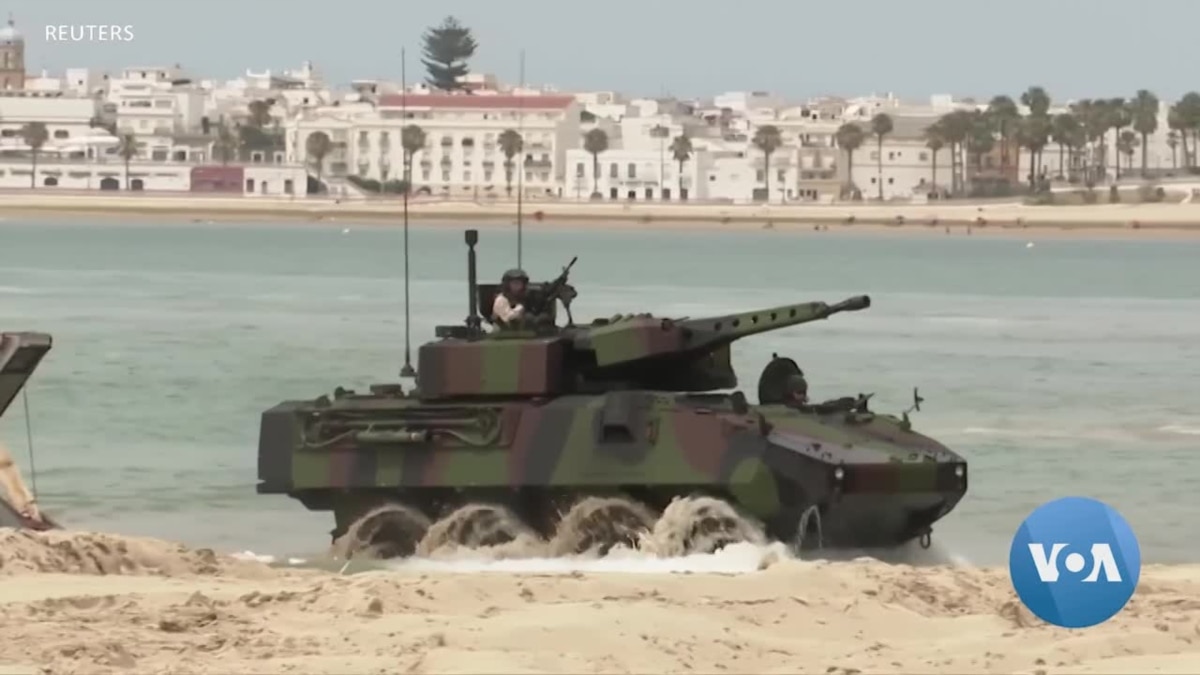 Spain urges NATO to respond to threats from North Africa

Southern European states, including Italy and Spain, are urging NATO allies to address threats from North Africa, after the alliance agreed on a new “concept strategy” at its summit last week in Madrid.

As the war in Ukraine dominates NATO’s agenda, member states bordering the Mediterranean want the alliance to prepare for other potential hotspots in the south, including a rapid increase in irregular migration. Spain warned it could be used as a pressure tactic by what it called “hostile actors”.

Hundreds of migrants tried to cross the border fence separating the Spanish enclave of Melilla from Morocco last month. At least 23 people died during the attempted crossing. Migrants, mostly from sub-Saharan Africa, are desperate to reach Europe to seek asylum and find a better life.

Many migrants also arrive by boat on the Spanish Canary Islands, 100 kilometers from the African coast. The number of arrivals in the first six months of the year has more than doubled since 2021 – and Spain fears pressure at its borders is about to get worse.

Ukraine is one of the world’s leading grain suppliers, but the Russian invasion has cut its exports by around two-thirds. The United Nations has warned that the situation will worsen an already worsening hunger crisis in Africa. Europe is preparing for an increase in migration.

“We looked at whether there were more movements of people linked to the increase in prices, the difficulty of these countries in accessing cereals and wheat,” Txema Santana, a migration adviser to the government, told Reuters. of the Canary Islands. Press Agency. “What we have been told is that at the moment there is none, but it is a matter of time.”

A resurgent Islamist militancy in parts of the Sahel is also driving migrant flows. Europe also claims that Russian mercenaries from the Wagner Group are exacerbating the conflict. The European Union has imposed sanctions on the Wagner Group, which it says works for the Kremlin. Moscow denies any connection, but says it is providing “military assistance” through state channels.

Spain is asking for international aid. In March, he reached an agreement with Morocco to ensure a crackdown on irregular migration.

“What the war in Ukraine has meant for this migratory route is that Morocco has changed its profile of international relations, accentuated it and proposed a change in its relations with Spain to ensure that in this period of conflict the arrival of people would be less.In return, Spain was invited, among other things, to modify its diplomatic relations with Western Sahara.

“Spain has accepted it and this brings many geopolitical changes and will bring many changes in the borders and the situation of migrants in Western Sahara and Morocco,” explained government adviser Txema Santana.

Critics accuse Madrid of outsourcing migration policy to a country with a history of human rights abuses.

The Moroccan Association for Human Rights, along with the Spanish charity Walking Borders, cited the incident at the Morocco-Melilla border in June, describing it as a “tragic symbol of European border externalization policies of the EU”.

A Moroccan official told Reuters that security personnel “did not use excessive force”.

At last week’s NATO summit, Spain won official recognition by the alliance of the threats emanating from North Africa. In a press conference after the summit, Spanish Prime Minister Pedro Sanchez said he had achieved his goals for the meeting.

“We are really happy to have included the southern flank in the strategic concept…especially with regard to the sub-Saharan African and Sahelian zone, which is one of the major concerns for Europe and in particular for our country because instability and risks coming from the irregular flow of migrants, terrorism, the food crisis, the energy crisis and the climate emergency as well,” Sanchez said.

Meanwhile, NATO forces have held drills in recent days just off the coasts of Spain and North Africa. The FLOTEX-22 exercises included Spanish, British, Belgian and American forces, as well as other European units integrated into the EU maritime force.

Residents of the Spanish city of Tarifa had a direct view of the exercises. A resident, who asked not to be named, welcomed the focus on North Africa.

“It’s a very unstable area, it’s a ticking time bomb, you know what the Maghreb is, anything can come out of it, a war, a conflict,” he told VOA. He was referring to northwest Africa, including Algeria, Libya, Mauritania, Morocco and Tunisia.

Spain maintains that it is not calling for any NATO intervention in North Africa, but rather recognition of what it calls hybrid threats.

Alfonso Beato of VOA contributed to this report.