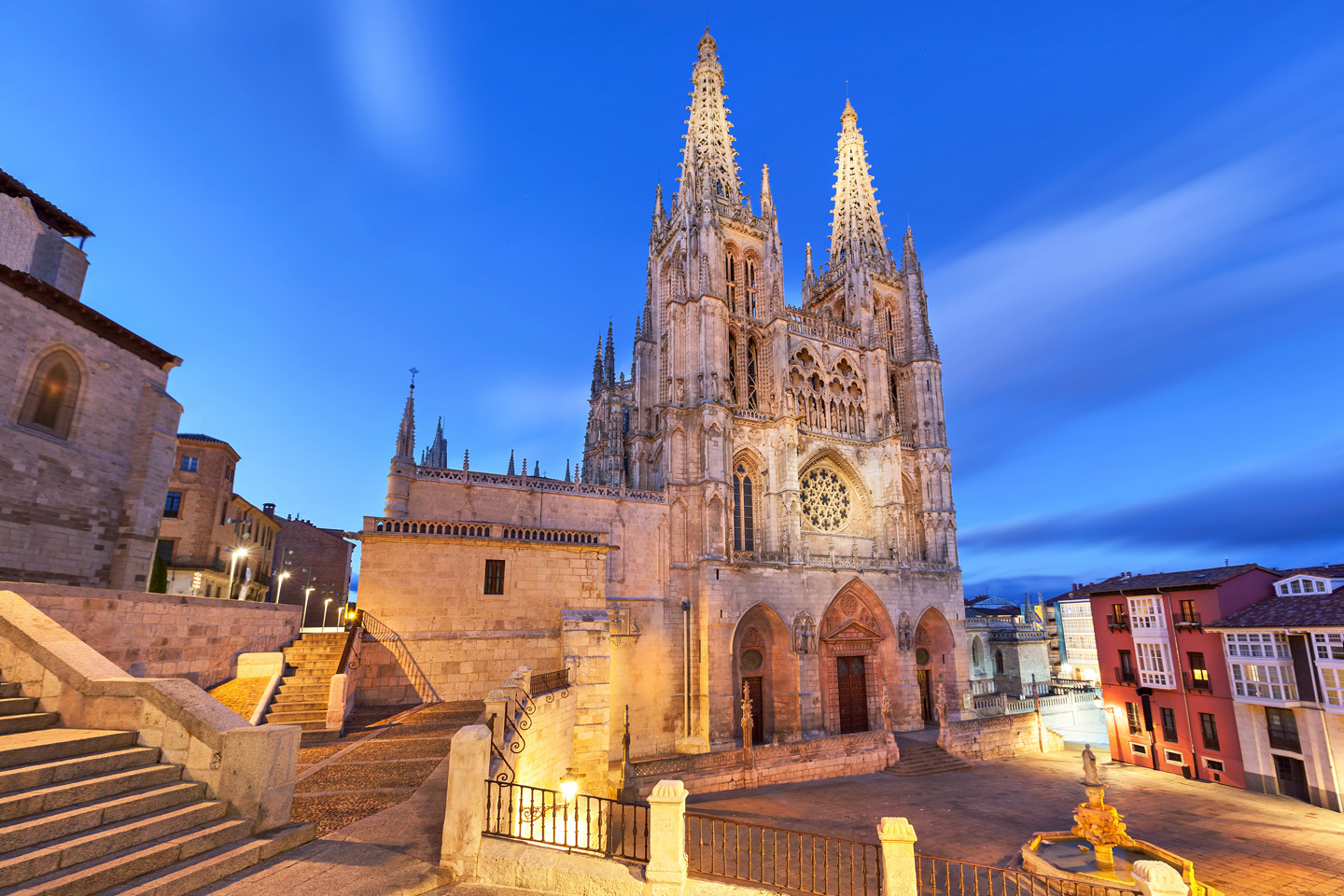 Pope Francis has authorized the Diocese of Burgos to celebrate a special jubilee year on the occasion of the 8th centenary of the cathedral.

The Cathedral of Saint Mary of Burgos is one of the finest examples of Gothic buildings in the world and the first in the entire Iberian Peninsula. Even though Burgos became a bishopric in 1075, under the reign of Alfonso VI of León and Castile (Alfonso “the Brave”), It was not until 1221, under Ferdinand III (Ferdinand “The Saint”) that construction of the cathedral began. The year 2021 marks the 800th anniversary of this debut,and a jubilee year of the diocese of Burgos ends tomorrow.

The cathedral originally built by King Alfonso was completed in 1096. But this first church, also dedicated to the Virgin Mary, soon became too small for Burgos, a city destined to become the symbolic capital of the kingdom of Castile and León, particularly powerful politically, economically and spiritually – because it is one of the main stages of the French Way of the Camino de Santiago. The Romanesque cathedral of Alphonse was finally demolished (as was the custom then) to make way for the new. The pope of the time, Honorius III, granted a general indulgence to all who contributed to the construction of the new Burgalese church.

Thisits facade rivals in beauty those of the great cathedrals of Paris and Reims, and its high interior is often compared (and confused, due to phonetic similarities) with that of the French cathedral of Saint-Etienne in Bourges. But Sainte-Marie is certainly unique in many ways. To begin with, it is one of the very few medieval structures to have elegantly and seamlessly integrated elements of later (and even earlier) artistic styles. Built over the centuries from the original Romanesque design of the previous church of Alfonso (some of its now millennial elements are preserved in the current building), it has undergone successive renovations and embellishments, until which it finally reaches its present splendor at the end of the 18th century. The building can be considered as a permanent historical treatise on Gothic, Mudejar, Renaissance, Baroque, Neoclassical and Neo-Gothic art.

It is also the place where two typically Iberian characters meet: Santiago the Apostle and Rodrigo Díaz De Vivar, El Cid Campeador. In fact, the city of Burgos itself is at the crossroads of two legendary Spanish roads: the Way of St. James (surely the most famous of all the pilgrimage routes in the world) and the Chemin du Cid, a cultural route that explores the literary and historical monuments associated with the medieval Spanish knight, from small rural villages to the large town of Burgos. In fact, the Chemin du Cid It can be said that it begins in Burgos, where he was born, or ends there – the tomb of El Cid and that of his wife, Doña Ximena, are two of the most important treasures kept in the cathedral.

El Cid is the heroic Iberian character par excellence. In turn at the service of Christian and Muslim regents, the stories of his acts are gathered in the Cantar Del Mio Cid (literally, “The song of my Cid”), the oldest surviving Castilian epic poem, which offers a unique insight into the complex religious and political landscape of 11th century Spain. At first he was buried in the monastery of San Pedro de Cardeña, in the outskirts of Burgos (where his horse, Babieca, is still buried) but his remains were transferred to the cathedral a century ago, in 1921, for commemorate its 700th anniversary.

Jubilee year of the Diocese of Burgos was inaugurated on November 7, 2020 with the opening of the Puerta Santa del Perdon, the Holy Door of Pardon also known as the Royal Door, one of the cathedral’s many lavishly decorated Gothic to Baroque porticos.

The Archbishop of the See, Fidel Herráez, explained that Pope Francis granted permission to the diocese to celebrate this special jubilee year on the occasion of the eighth centenary of the cathedral. The celebration was scheduled to begin on June 20, 2020 and end on June 20, 2021, marking the day the foundation stone for the cathedral was laid in 1221. However, due to the pandemic, the opening of the jubilee has been delayed until in November. 2020, and it will end tomorrow.

The bishop also explained, as stated in El Correo de Burgos, that this jubilee had clear spiritual, social, ecclesial and cultural objectives.. Under the motto “you are the temple of God”, the diocese has prepared a special itinerary, the “jubilee path”, with more than a hundred volunteers trained to help visitors along the path leading to the cathedral. The pilgrims traveling the route discovered its many artistic and historical treasures, but also lived an authentic and personal experience of spiritual renewal.

If the cathedral is full of artistic and cultural treasures (Flemish triptychs, remarkable paintings from the 15th, 16th and 17th centuries, fine silverware, textiles and precious documents), one sculpture stands out above all others: the famous Christ of Burgos.

Its impressive and realistic realism is the stuff of legend. At one point, it was claimed that her hair and fingernails needed to be cut and trimmed frequently, and the facial hair on the wooden statue also required shaving every eight days or so. Indeed, the wooden body of Christ is covered with imitation skin leather to accentuate its realism.

Legend has it that a wealthy woolen merchant from Burgos promised the friars of the Convent of St. Augustine to bring them a gift upon his return from a business trip to Flanders. As he was already returning to Spain, he realized he had forgotten his promise. The moment he remembered he found a wooden box floating in the sea, containing the sacred image. A seagull had nestled at the foot of the cross and had laid its eggs there. Since, the eggs have become the symbol of Cristo de Burgos.

In his Classic Bestiary of Christ, Louis Charbonneau-Lassay explains that eggs and seeds “contain a promise: that of new life that will soon emerge”. The egg is, in Christian art, a symbol of hope. In his Sermon CV, 8, Saint Augustine wrote:

“There is still hope, which in my opinion can be compared to the egg. For hope has not yet reached its goal; in the same way the egg is something, but it is not yet the hen.

It is logical that this crucified Christ, which belonged to an Augustinian convent, included these eggs at the base of the cross, following this reflection of Saint Augustine himself. These eggs express the highest of all hopes: that of the Resurrection of Christ after the outright abandonment of Good Friday, and that of the rebirth of the believer in a blessed life beyond death.