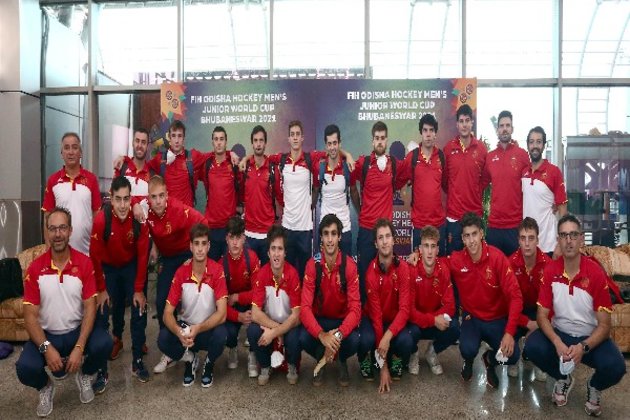 The flagship event is scheduled to be held here from November 24 to December 5. The Spanish team arrived after Pakistan reached Bhubaneswar for the mega event.

Grouped in Pool C, with Korea, the Netherlands and the United States, Spain expects a difficult start to the tournament.

“Our preparation was good, we had a few friendlies this summer in Europe, then we played a few matches against the Spain national team a month ago. So we are in good shape,” said Alejandro Siri. , head coach of Spain according to a Hockey India release.

Excited to compete in Bhubaneswar in the iconic Kalinga Stadium, Siri said: “We are proud to be in Bhubaneswar to play in this World Cup in this pandemic situation. We are delighted.” The Pakistan team also arrived in Bhubaneswar on Saturday evening and the coach team expressed their enthusiasm for playing hockey in Bhubaneswar.

“I am very pleased with the Government of Odisha State and Chief Minister Shri Naveen Patnaik for the work they have done in promoting hockey around the world. I am delighted to participate in the tournament as it will help increase the popularity of the sport. Pakistan head coach Danish Kaleem said.