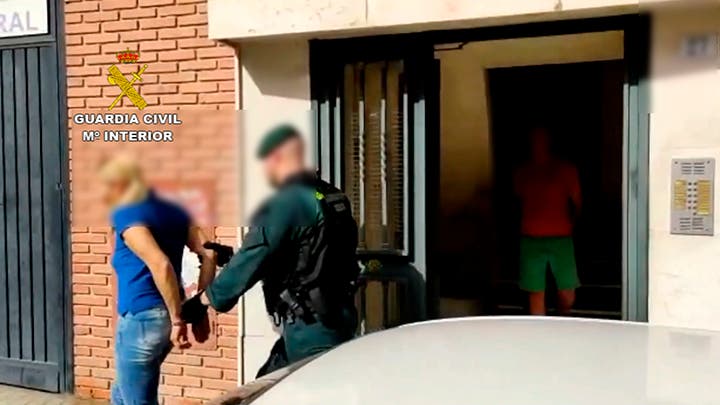 THE Spanish Civil Guard this week arrested three neo-Nazis suspected of committing anti-Semitic hate crimes. The two men and a woman are said to be behind a vandalism campaign that targeted the village of Castrillo Mota de Judíos in Burgos, and several sites in Madrid.

The municipality of Burgos de Castrillo Mota de Judíos – which translates to the hill camp of the Jews – was previously called Castrillo Matajudíos; literally, camp kill jews. Local residents voted in 2014 to change the name because it was offensive, and the decision was made for the village to honor its Jewish origins.

Since then, the village has been repeatedly targeted by anti-Semites. The detainees allegedly tried to burn an Israeli flag there, set fire to garbage cans and left neo-fascist graffiti.

The three suspects are also accused of attacking Jewish areas in the Madrid cemeteries of Hoyo de Manzanares and La Almudena.

During searches of the homes of the suspects, the Civil Guard discovered a treasure trove of fascist documents, including calendars with swastikas, scarves, busts, books with photos of Adolf Hitler and stickers. Authorities also found Tasers and air guns, as well as a plantation of marijuana and other drugs.

The investigation began in December 2021, according to a statement from the Civil Guard, when the graffiti appeared in Castrillo Mota de Judíos. The vandalism was repeated in the same village in August this year.

Civil Guard investigators discovered that the graffiti had been left by the same person, leading them to the suspects, aged between 36 and 42.

2022-10-08
Previous Post: Recap, highlights and analysis: Spain 1-1 Sweden; women’s friendly
Next Post: Much needed rain on the horizon for Malaga in Spain this week