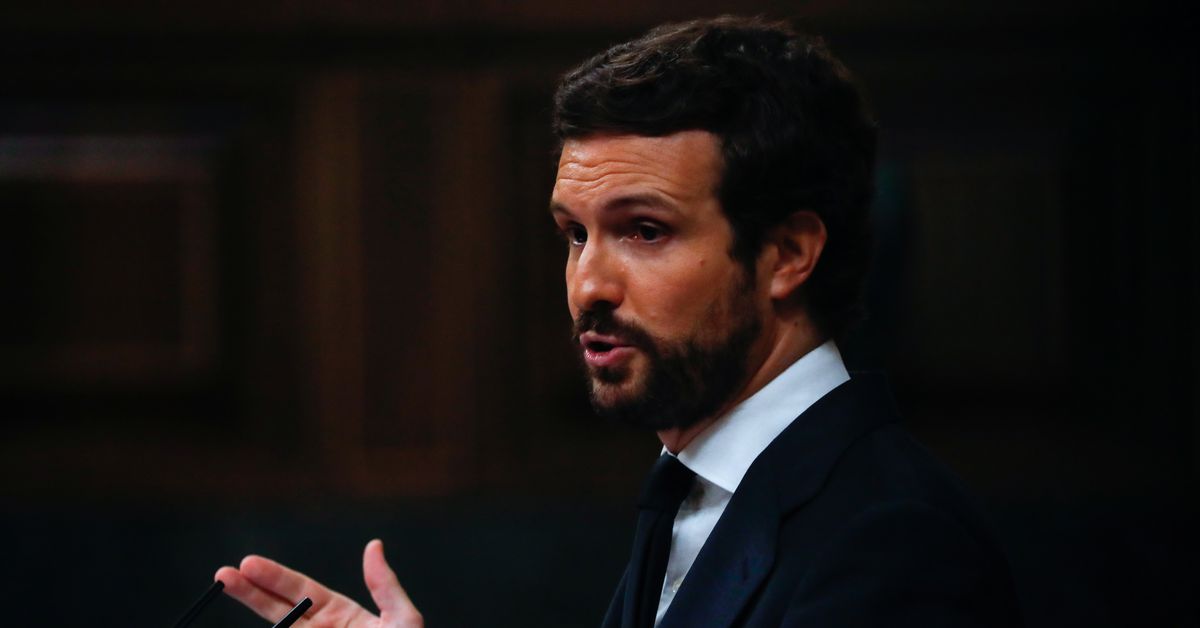 “We consider this an aggression, an absolute irresponsibility,” Hector Gomez, spokesperson for the Socialist bench in Congress, told reporters.

Casado’s party said it was unaware that mass in the southern city of Granada, which he attended on Saturday with his family, was one of many services held across Spain to commemorate the 46th anniversary of the death of Franco.

“It was not a mass for Franco, it was a normal mass, and we found out the next day,” said a spokesperson, declining to comment further.

According to a party source, Casado simply walked into a church next to his hotel because he knew he would not be able to go to mass the next day due to his busy schedule.

The Francisco Franco Foundation thanked him for his presence but clarified that he had not been invited and could not be held responsible.

Pablo Echenique of the left-wing Unidas Podemos party said he doubted the incident was a coincidence:

More than half a million people died in the civil war of 1936-39 and around 150,000 were later killed in the Franco government’s crackdown, historians estimate.

Last week, the ruling socialist-led left-wing coalition, which has long pushed to eradicate Franco’s symbols across Spain, sought to break down long-standing legal barriers to investigate crimes committed during the war. civil and dictatorship of 1939-1975.