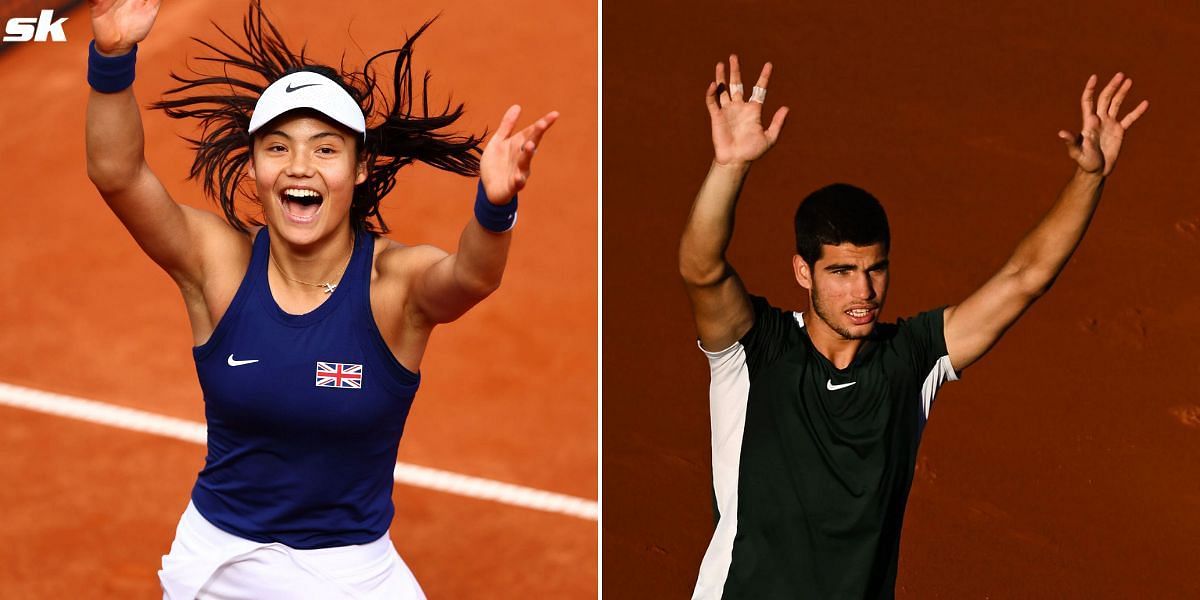 Emma Raducanu has landed in Spain for her next tournament, the Madrid Open. However, three-time Grand Slam champion Angelique Kerber and world number 6 Anett Kontaveit were the latest players to withdraw from the tournament.

Just a day after winning the Barcelona Open, Carlos Alcaraz traveled to Greece to play an exhibition match against Hubert Hurkacz.

Roger Federer hung out with designer Ronnie Fieg while Serena Williams posted an adorable video of his bedtime ritual with daughter Olympia.

Here is a summary of the day’s headlines:

US Open 2021 champion Emma Raducanu is preparing for her upcoming clay-court tournament. Raducanu has now arrived in Spain for the Madrid Open, the first WTA 1000 event of the season on clay.

Raducanu started her clay-court season at the Porsche Tennis Grand Prix in Stuttgart, where she reached the quarter-finals. She lost to eventual champion Iga Swiatek in straight sets.

Just a day after winning his fourth career title at the Barcelona Open, Carlos Alcaraz traveled to Greece for an exhibition event. He faced Hubert Hurkacz in a match organized by their management company, IMG.

Alcaraz and Hurkacz also met the young people trained at the IMG Academy. The young children were thrilled to see two of the tour’s top talents interact with them.

Former world No. 1 Angelique Kerber and world No. 6 Anett Kontaveit are the latest players to withdraw from the upcoming Madrid Open. They join Grand Slam champions Sofia Kenin and Barbora Krejcikova, Elina Svitolina, Marketa Vondrousova and Camila Osorio on the sidelines.

20-time Major winner Roger Federer recently spent some time with designer Ronnie Fieg. With racquets in hand, it was as if the duo were getting ready for a game of tennis.

Feig is a well-known shoe designer and perhaps this meeting with Federer could be the sign of their next collaboration.

Serena Williams posts a cute video with her daughter Olympia

Serena Williams’ time off from tennis has seen her spend more time with her daughter Olympia. The American has frequently posted adorable videos of the two having fun together, and the latest video (via Instagram) is just as cute.

“Time to turn in and show up with my best friend,” Williams captioned the video.

Williams and Olympia can be seen in matching outfits, first wearing a black dress which gives way to their pajamas. The mother-daughter duo seem to be having a great time as they prepare for bed.

Read also
The article continues below

When it comes to tennis, Williams recently said she has plans to make a possible return to Wimbledon. However, there has been no new update from him regarding the same.

2022-04-26
Previous Post: Now direct shipping to Spain and the Netherlands from May 20
Next Post: Exploring the Spanish Garage Rock Scene and Dr Explosion’s New Single ‘Insatisfacciòn’ Video Premiere – God Is In The TV