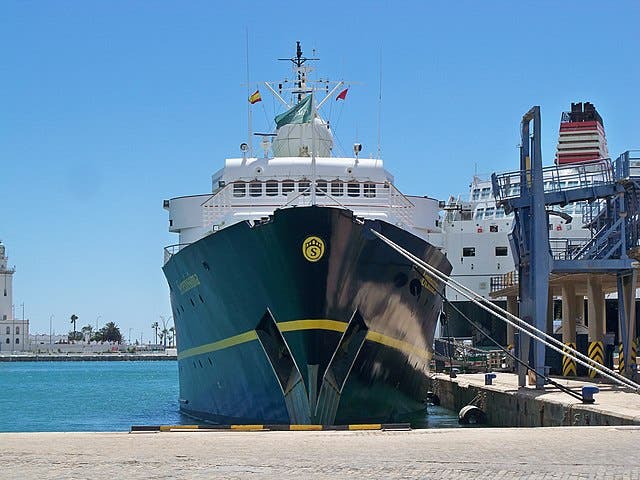 THE beautiful MS Serenissima of 100 passengers, built in 1960 and much appreciated for its style and elegance, has docked at the port of Malaga.

Coming from the Croatian port of Trogir, this Tuesday at eleven o’clock in the morning, the charming MS Serenissima, docked in the port of Malaga at quay 3-A1.

Consigned by the Perez y Cia. agency, this ship, which arrived without passengers, landed in the waters of Malaga to begin a 10-day route starting today, Thursday September 8, which will take it to Malta after having crossed: Palma de Mallorca, Mahon, Cagliari, Trapani, Agrigento, Syracuse and the Maltese island of Gozo before calling at Valletta.

A 10-day journey with 68 passengers from the United Kingdom.

Considered one of the oldest cruise liners in the international fleet, the Serenissima sails under the banner of flagship company Noble Caledonia, a tour operator that runs alternative sea voyages far removed from the usual cruise liners.

Since 2003, when she was completely renovated, she has been operating like a classic cruise ship with the advantage that her small size allows her to navigate in small remote ports inaccessible to large cruise ships.

Renamed in 2012 Serenissima, this vessel flying the flag of Saint Vincent and the Grenadines, is part of the group of small vessels that operate various historical and alternative cultural routes in the waters of the Caribbean, Northern Europe and the Mediterranean. .