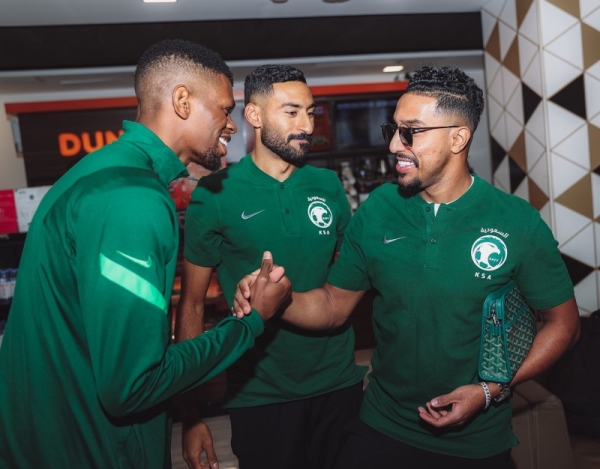 ALICANTE — The Saudi national football team’s delegation left Riyadh on Saturday for the Spanish city of Alicante, to begin the second phase of preparations for the 2022 FIFA World Cup Qatar.

The Green Falcons will hold a preparatory camp in Alicante from September 17-27, where they are scheduled to play two friendlies in the second training phase.

Both matches will be played at the Estadio Nueva Condomina in the city of Murcia in southeastern Spain.

It should be noted that the national team had already played two friendlies against Colombia and Venezuela in June, which were part of the first phase of the preparatory program for the World Cup.

The French coach of the Saudi national team Hervé Renard called 26 players to join the camp.

The remaining 8 will be played against teams from Ecuador, USA, Macedonia, Albania, Honduras, Iceland, Panama and Croatia.

It should be mentioned that the Saudi national team is part of the third group (group C) of the FIFA World Cup Qatar 2022, along with Argentina, Mexico and Poland.

2022-09-17
Previous Post: Phil Spain’s life changes with Bubba Wallace winning MoneyLion contest
Next Post: “Letizia was an abrasive princess but as Queen of Spain she is better”