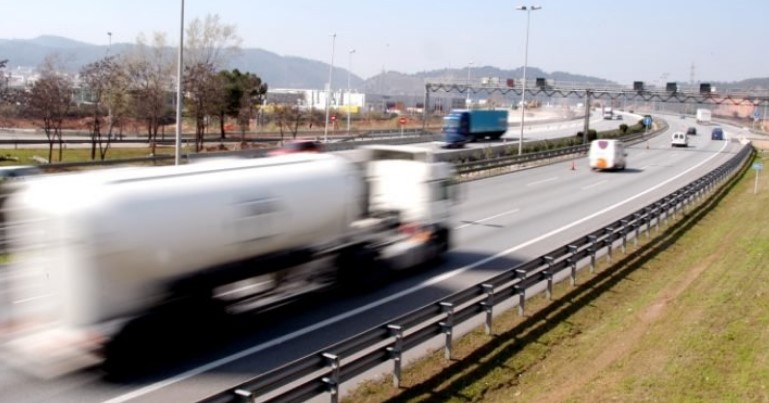 This Monday, March 14 sees the start of an indefinite strike by transport workers in Spain

An indefinite carrier strike is due to start in Spain tomorrow, Monday March 14, from midnight. It was called by trade unions to protest against rising fuel prices in the country and the working conditions of transport workers.

This strike was initiated by the Defense Platform of the National and International Road Transport of Goods Sector, after having been approved by its National Board of Directors.

A spokesperson for the platform said the strike was taking place because “90% of transport companies, small and medium-sized, are in a situation of total bankruptcy, and the working conditions are totally precarious, with consequences that are directly paid by salaried drivers. ”.

The agreement reached with the employers’ associations by the government before Christmas, to cancel the threatened strikes, which resulted in a decree-law approved by the Council of Ministers on March 1, is insufficient, the platform said.

Numerous complaints have reportedly been addressed to the Ministries of Transport and Labour, but having received no satisfactory response, the platform has decided to maintain the strike “indefinitely”.

Among its demands are the prohibition of contracting road freight transport services below operating costs and the limitation of intermediation in the transport contract to a single contractor. It also requires the prohibition by law of loading and unloading by drivers, and a decree that limits these tasks to a maximum time of one hour from their arrival, or from the agreed time.

Its specifications also include a request for state-monitored securing in rest areas, the creation of new rest areas that respond to the current flow of vehicles distributed throughout the road network.

Provision is also made for retirement at age 60, from a profession classified as at risk, and the recognition of all occupational diseases arising from this work, both for employees and for the self-employed.

The decree approved by the Government on March 1 establishes the mandatory revision of the price of transport in the event of a change in the price of fuel. This covers from the moment of placing the contract until the actual completion of the delivery, linked to the indices published on the website of the Ministry of Transport.

Last Friday, the 11th, once the strike was confirmed, Jaime Moreno, the General Director of Land Transport, summoned the representatives of the National Transport Committee to a meeting.

At the end of this meeting, the ministry announced in a press release that Raquel Sanchez had reached an agreement with organizations in the sector to study new support measures in the face of the impact of the war in Ukraine on the costs of energy.

Faced with the call to strike, the Fenadismer union published a press release this weekend in which it asks that the carriers who voluntarily wish to join the strike be respected, and that those who choose to continue to ensure their activity be respected.

The union stressed that it will demand “the immediate implementation of the national plan of measures in which the government is working, to respond to the economic impact of the crisis in Ukraine, among others, those related to the mitigation and limiting the increase in fuel prices ”

“The situation has become unsustainable due to the irresistible and daily increase in the price of fuel, which currently represents more than 50% of the activity’s operating costs. In these circumstances of absolute volatility, and the irrationality of the fuel market, carriers cannot pass on these increases,” the federation added, as reported. 20minutes.es.

Thank you for taking the time to read this article, don’t forget to come back and check it out The weekly euro news website for all your up-to-date local and international news and remember, you can also follow us on Facebook and instagram.