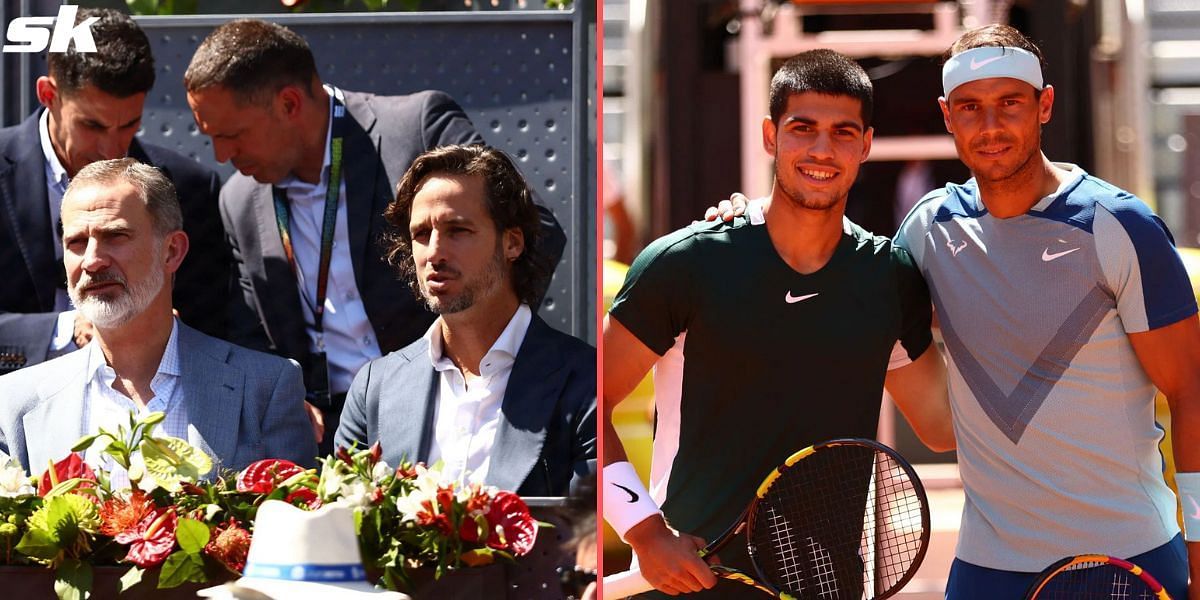 The King of Spain, Luka Modric, Toni Kroos and other celebrities watch Rafael Nadal and Carlos Alcaraz face off at the Madrid Open

The quarter-final encounter between Rafael Nadal and Carlos Alcaraz at the 2022 Madrid Masters on Friday was tipped to be a match of the year contender and it did not disappoint.

The Spaniards went head-to-head in three sets in front of a large crowd before the world No.9 secured a remarkable 6-2, 1-6, 6-3 win over his childhood idol. In doing so, he also became the first teenager to beat the 21-time Grand Slam champion on clay.

As well as witnessing history on Friday, the Manolo Santana Stadium also hosted a number of high-profile celebrities who showed up to watch two of the biggest names in Spanish tennis go head-to-head.

The surprise visitor of the evening was certainly Felipe VI, the King of Spain. The head of state was accompanied to his box by tournament director Feliciano Lopez, who made sure to be there in person to watch the game that excited him the most from the moment the draw was carried out.

Modric, Vinicius, Kroos and Raul during the game between Rafa Nadal and Alcaraz. 🎾 Goats at the Goat game 🐐🐐 https://t.co/IkaGfebg8k

Alongside Modric and Kroos were two of Spain’s greatest strikers of all time, Raul and David Villa.

After his victory over Rafael Nadal, Carlos Alcaraz will try to beat a second Big-3 member, Novak Djokovic, on Saturday. The world No. 1 is slowly finding his rhythm and dismantled Hubert Hurkacz with impressive ease in the quarter-finals to set up a meeting with the world No. 9.

Read also
The article continues below

The two have never faced each other so far and will face each other for the first time in Madrid. Alcaraz and Djokovic trained together a few days ago, where the Serbian largely won over the teenager, but the stakes will be much higher this time around.