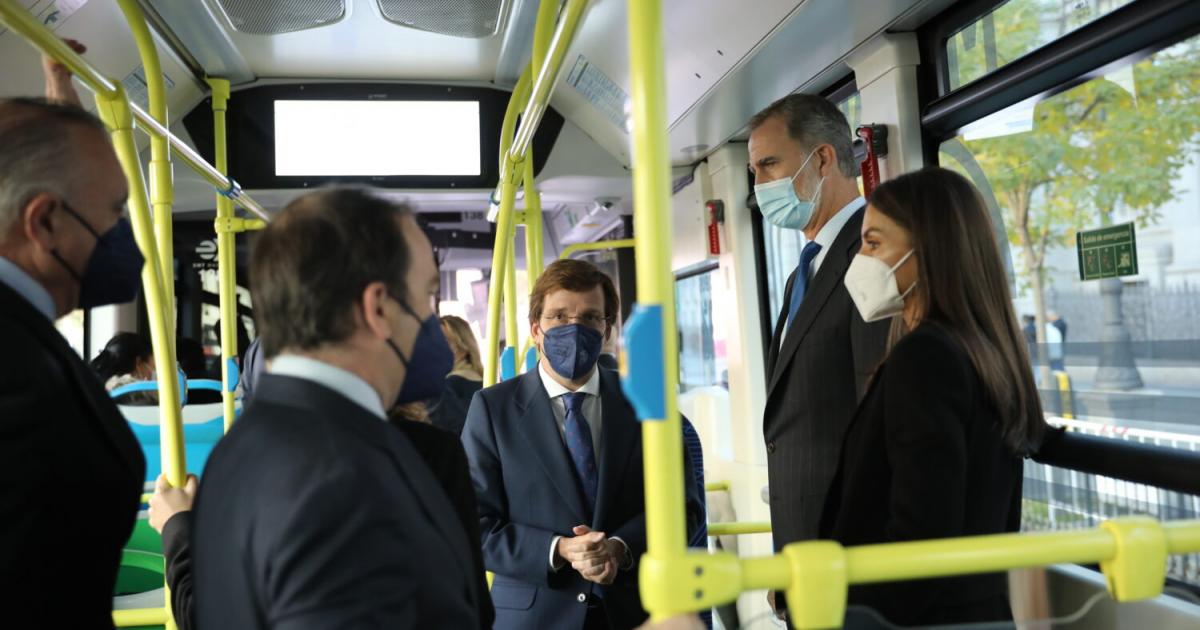 The Municipal Transport Company (EMT) of Madrid celebrates its 75e anniversary this year and the company had the highest possible guests of honor when the Spanish royal couple themselves decided to take a ride on line 001, accompanied by the mayor José Luis Martínez-Almeida. Apparently, this was also the first time King Felipe VI had traveled on a public bus, although his wife, Queen Letizia, made many such trips in her youth before becoming a royal.

A municipal company linked to the history of Madrid

The royal ride took place yesterday, Monday, during the day when many passengers going about their daily errands were probably quite surprised to share a trip with the VIPs. The King, Queen, and Mayor didn’t have to pay for their bus fare, but that wasn’t a sign of elitist privilege, as neither did the other passengers.

Indeed, line 001, inaugurated last year, is completely free. It is served by 100% electric buses and its operation, along with line 002, is part of the Madrid 360 environmental sustainability strategy.

The royal visit, which also included a meeting with EMT workers in Carabanchel, marked the start of the actions with which Madrid City Hall commemorates the 75th anniversary of the EMT. Until November of next year, historical and cultural activities and events will be organized to celebrate the history of one of the most recognized and beloved companies in the Spanish capital.

On November 12, 1947, the first operations of the Municipal Transport Company of Madrid began, created by the town hall to regulate surface transport. Since then, the city, its history, its development and its urban landscape have been closely linked to the history of EMT. Municipal buses are part of the daily life of all citizens and are a symbol of the city.

Through the integration of other mobility services such as BiciMAD, a cable car, the municipal crane and car parks, EMT has become a global operator of surface mobility and a model in the management and operation of urban transport.