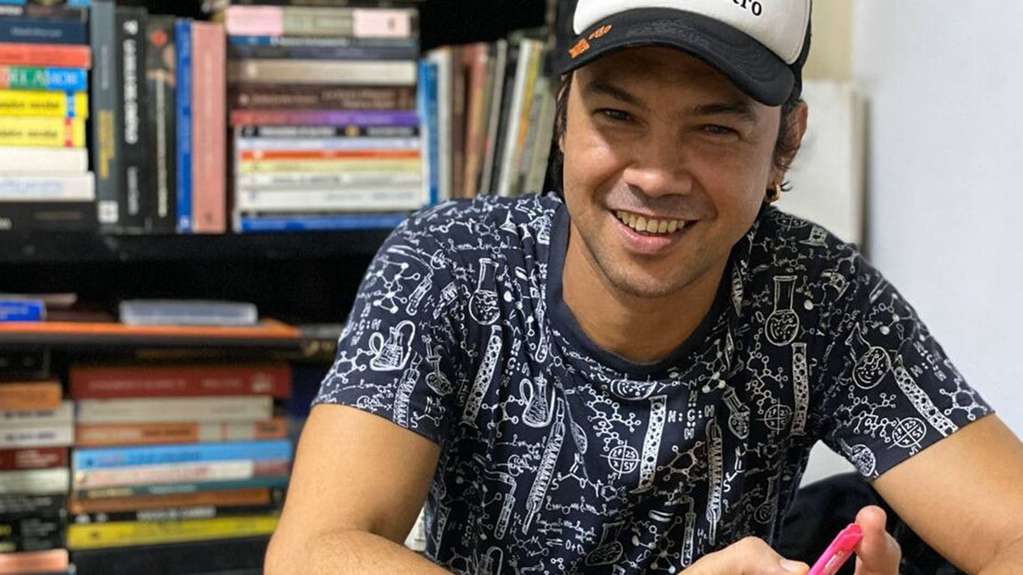 Amid the surprise of his followers, the playwright Yunior Garcia Aguilera, creator of the dissident platform Archipelago and promoter of demonstrations in Cuba, He arrived in Madrid on Wednesday on a tourist visa. The island’s official press considered his trip to be “the Madrid epilogue of this play”.

“Nobody spoke to him, he did not communicate,” he said. TN by telephone the actor Daniel Triana, member and moderator of the Archipelago group.

Read also: Roberto Carcassés, the musician who in 2013 called for direct elections live on Cuban television, now composes a conga to support the protests

Why Yunior García Aguilera, the leader of the protests in Cuba, went to Spain in the utmost secrecy

Yunior García and his wife Dayana Prieto were “unknown” since Tuesday, according to the opposition group launched from Facebook and which has 37,000 members.

“Thank you very much to all the friends who cared about us. We arrived in Spain, alive, healthy and with our ideas intact. We have a lot of people to thank for making this trip possible. I have been without communication for several days and I need to keep myself informed of the situation of the other members of the archipelago. Very soon we will tell the odyssey. A hug! », García Aguilera said in a message posted on his personal wall of this social network.

Regarding the reasons for the displacement, Triana indicated that “this dynamic has been applied by State security. They take you to a place where the options are prison, exile or silence your voice”.

And he said: “José Martí, the founding father of the Nation, spent most of his life in exile, first in Spain and later in the United States. Fidel Castro had to go into exile in Mexico. In recent history, many people have been brought into this situation. This is the dynamic that accompanies Cuba ”.

According to the newspaper The country, García Aguilera had a long-term visa to enter Spain and pointed out that “discreet steps” were taken for days to make the trip.

After the failed day of mobilization launched by the Cuban opposition last Monday, amid reports of arrests and harassment of its main promoters, the Archipelago Platform called for “cacerolazos” at 9 p.m. ‘to November 27, in addition to wearing white and wearing a white rose as a symbol of protest.

Sources consulted by telephone by TN in different neighborhoods of Havana, like Alamar (east), Marianao (west) or central Vedado, they said that there were no “pans” during Tuesday evening.

Yunior García Aguilera’s trip to Spain came to fruition after the playwright denounced he had been “stranded” at his home since Sunday to prevent him from mobilizing in the so-called civic march for change. Archipelago even denounced Tuesday that its leader was “in an unknown place”.

After knowing his arrival in Madrid, the official website Cubadebate felt that the promoters of Monday’s “failed march” live from “paper on paperAs the newspaper in Cuba is called.

Read also: Vicente Feliú, one of the creators of the new Cuban trova, defended the Revolution: “They have no idea what a dictatorship is”

“In the last hours, the Facebook group which brings together the provocateurs and all the anti-Cuban mud machinery based in Miami or Madrid has made a fuss over the alleged disappearance of the leader of the provocation and his wife and” demanded the faith of life. ” “, wrote

And to conclude: “It was a new episode on the media scale to maintain a small flame after the sound defeat of Monday. But Ia lie has short legs Madrid epilogue for this piece”.