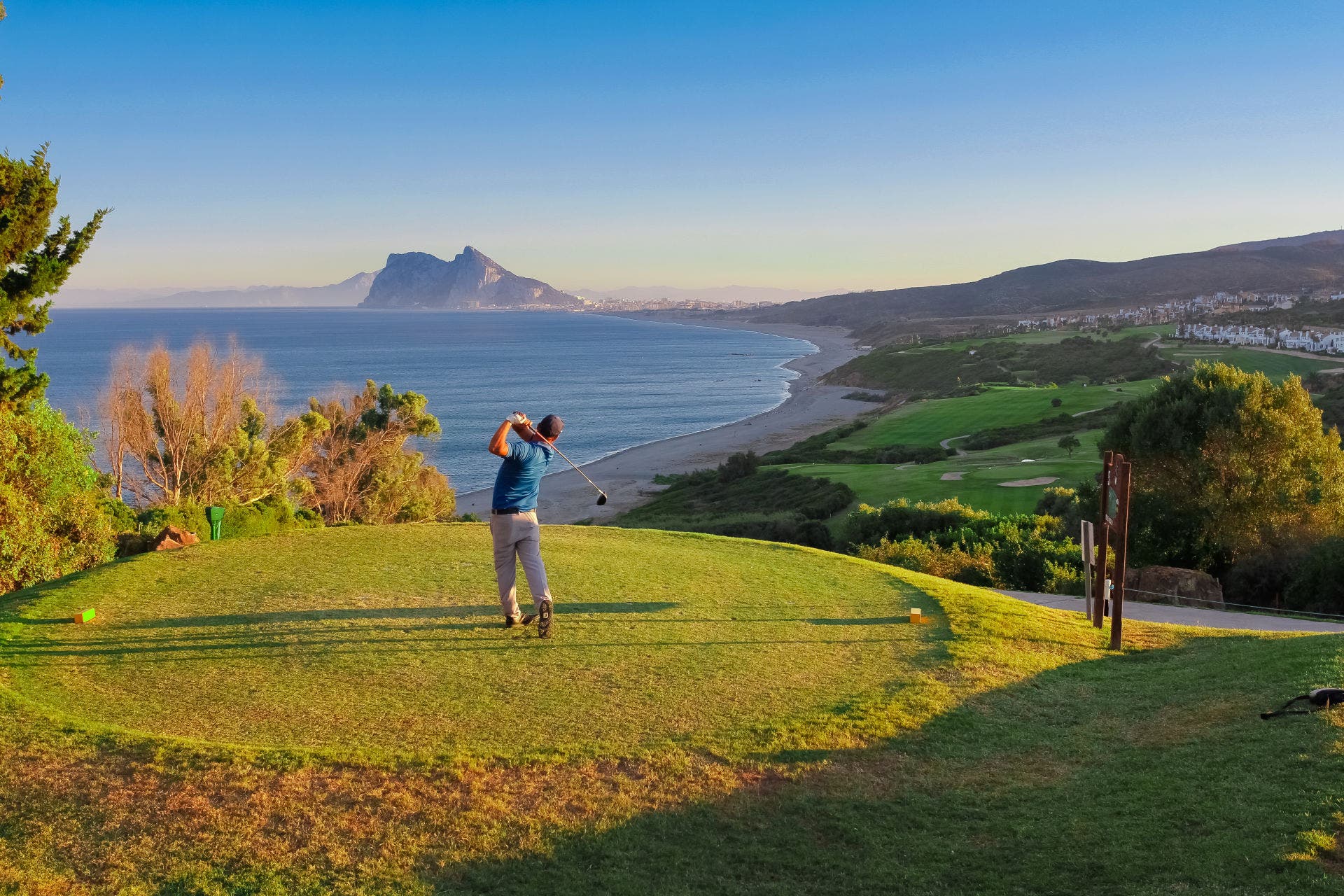 The secret is revealed in Alcaidesa in Spain

It is one of the lesser known resorts on the Costa del Sol. And nobody complains about it.

Sitting in the shadow of the Rock of Gibraltar, Alcaidesa retains an Andalusian charm exceptionally resistant to the corrosive tendencies of tourism.

Comprising a decent collection of low-rise developments and villas, tumbling down to a sleepy village center and beach, its feather in the hat is a test championship golf course.

Thanks to its powerful ‘architectural control committee’, development is strictly controlled in Alcaidesa, making sharp-eyed developers toothless on this stunning stretch of coastline between Sotogrande and La Linea.

Just a small seaside hamlet before it grew in the 1990s, there are still remnants of history scattered around.

In particular, it has one of the oldest lighthouses in southern Spain.

Built in 1588, then restored in the 18th century, the Torre de Punta Mala has guided ships since the last embers of the Muslim reconquest died out.

Next door is the Casa de Carbonera (coalman’s house), even older, and just as charming.

A century older than the lighthouse, it sits just above beautiful, partly nudist Playa Balñario if that’s your cup of tea.

One of the most beautiful beaches on the coast, you are only a bucket jet away from the Alcaidesa Links golf course, with its breathtaking views of Gibraltar and the Moroccan Atlas Mountains.

Inspired by traditional Scottish courses but with an Andalusian twist, the course has hosted three PGA Championships since it opened in 1992.

Alcaidesa is the perfect counterbalance to its big sister Sotogrande and has also become a popular retreat for high-flying Europeans, thanks in part to the famous Aldiana Hotel, which resembles a laid-back, colonial-style country club.

Although it looks completely rural with stunning views, you are only a short drive from Marbella or Algeciras with its range of great places to eat.

For those visiting for the day, the pomp and splendor are quickly apparent, but you don’t have to break the bank, eating beachside chiringuito One Eden.

This wonderful restaurant has a great mixed menu and ice-cold beers, my pick being their fresh pomegranate and feta salad, the perfect bite in the scorching heat of an Andalusian summer.

Next door is the also-listed DBlanco Alcaidesa, which focuses on Spanish staples like croquetas and gambones.

From here you are a short walk to the Guadalquitón Nature Reserve, a protected stretch of beach, dunes, wetlands and a cork oak forest.

Part of the Alcornocales Natural Park, it is the last stretch of undeveloped La Linea coastline in Malaga and its unspoilt natural landscape forms a protective green buffer for the main resort properties.

Open to hikers and birdwatchers, Guadalquitón and the nearby Guadiaro River estuary literally team up with wildlife.

A major migration spot for birds flying to Africa, a short walk through the reserve offers a front-row seat to marvel at swifts, honey buzzards and Egyptian vultures.

Once known as a hidden gem among insiders, Alcaidesa’s secret is slowly starting to come out.

“The place has changed a lot in recent years,” says Sandra Lamplugh of One Eden, the region’s leading development company. “The Links course has just been redesigned and there are a lot more facilities here.”

As the place has changed, so has the clientele.

Once the reserve of the British and Spaniards, Sandra explains that her customers today are a European melting pot of Belgians, Poles, Dutch, Germans and Scandinavians.

“Although we are now very well known, Alcadeisa is still a very tranquil and unspoilt area,” she explains.

As I return to my car, three Swedes pass by to say hello. Looking towards the marvelous green hills, one gestures the arm towards the background.