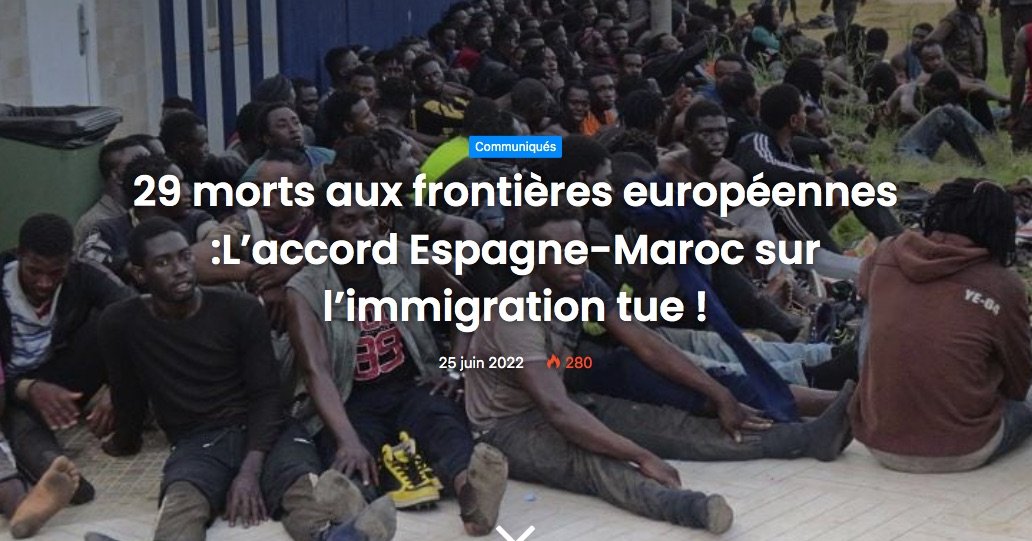 The Spain-Morocco agreement on immigration is deadly!

The 37 dead and hundreds injured on the side of migrants as well as on the side of the Moroccan security forces are a tragic symbol of European policies of externalization of the borders of the European Union (EU), with the complicity of a country of the South , the Morocco. The death of these young Africans at the borders of “Fortress Europe” alerts us to the murderous nature of security cooperation in the area of ​​immigration between Morocco and Spain.

The premises of the drama of this Friday, June 24 were announced several weeks ago. The campaigns of arrests, raids in the camps, forced displacements targeting migrants in Nador and its region were the precursors of this drama written in advance. The resumption of security cooperation on migration between Morocco and Spain, in March 2022, had the direct consequence of multiplying coordinated actions between the two countries. 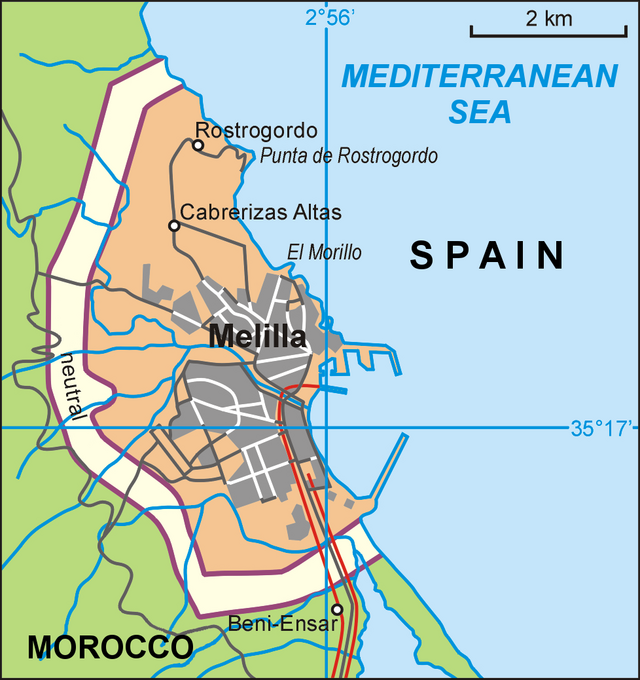 These actions are marked by violations of the human rights of migrants both in the north (Nador, Tetouan and Tangier) and in the south of Morocco (Laâyoune, Dakhla). The horrors of this sad day are the consequences of a planned pressure against the exiled people.
For more than a year and a half, migrants from Nador have been deprived of access to medicine and health care
Care
The concept of “care work” refers to a set of material and psychological practices intended to provide a concrete response to the needs of others and of a community (including ecosystems). We prefer the concept of care to that of “domestic” or “reproduction” work because it integrates the emotional and psychological dimensions (mental load, affection, support), and it is not limited to the “private” and free aspects by including also paid activities necessary for the reproduction of human life.
their camps were burned and their property looted, their meager food destroyed and even the little drinking water they had in the camps confiscated.

These punitive expeditions led to a spiral of violence on both sides. A violence that can be condemned whatever its origins, but which recalls the systemic violence that migrants in Nador have been subjected to for years by both Spanish and Moroccan law enforcement agencies. These practices have been condemned on numerous occasions by national, regional and UN authorities.

Faced with this new tragedy at the borders, and taking into account the scale of the human toll which will unfortunately increase, the signatory organizations of this declaration announce the following: 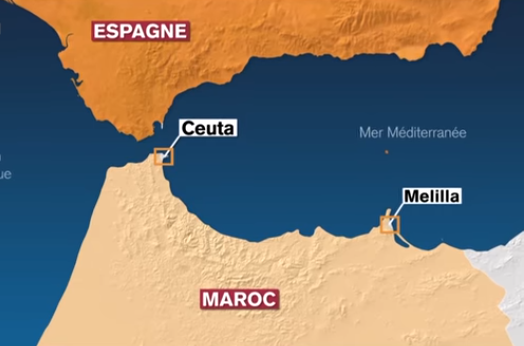 member of the CADTM network, the Association for the Taxation of Transactions in Assistance to Citizens in Morocco (ATTAC Morocco) was created in 2000. ATTAC Morocco is a member of the international network of the Committee for the Cancellation of Third World Debt (CADTM ) since 2006 (became Committee for the abolition of illegitimate debts since June 2016). We have 11 local groups in Morocco. ATTAC wants to be a network helping the appropriation by the actors engaged in the social, associative, union and more broadly militant activity of the stakes of globalization on the problems of social and citizen resistance.
www.attacmaroc.org
http://arabic.cadtm.org/