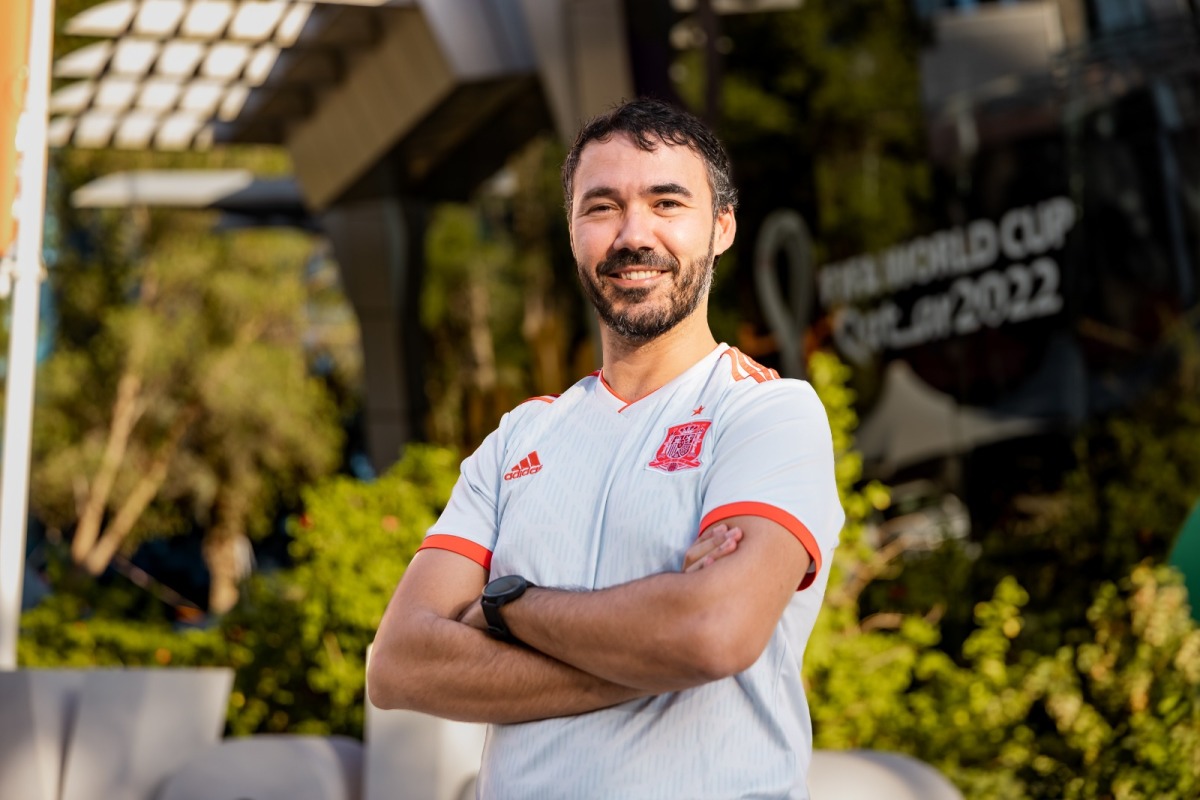 Just over a decade has passed since Spain toasted the beautiful game. From 2008 to 2012, La Roja were the dominant force in world football, winning two European league titles and their first FIFA World Cup crown at South Africa 2010.

Expectations ahead of every major tournament are high among Spanish fans – and this year’s World Cup in Qatar is no exception. One fan ready to cheer on Spain’s best is Doha resident Enrique Blanco. The 36-year-old has lived in Qatar for seven years and works as a project manager for German design firm Bohnacker at Hamad International Airport.

A native of Valladolid, who currently lives at The Pearl, Blanco believes the Spanish fans will make a colorful contribution to this year’s tournament, which will take place in eight state-of-the-art stadiums from November 20 to December 18.

How would you describe Qatar to people who have never visited the country?

What stands out for me is the multicultural society we have here. When I go out to lunch with friends, there can easily be six or more nationalities around the table. It’s great because you get to know different cultures and different points of view.

What are your favorite places to visit in Qatar?

I love the Falcon Souq in Souq Waqif – it’s really unique. It includes a falcon hospital and you see locals bringing their pets for medical attention. There is also a small beach at Dukhan, which is nice and quiet, and a good place to snorkel and see the many species of fish. I would also recommend visiting the Qatar Foundation. The Education City Mosque is a must see, as it is very beautiful inside. 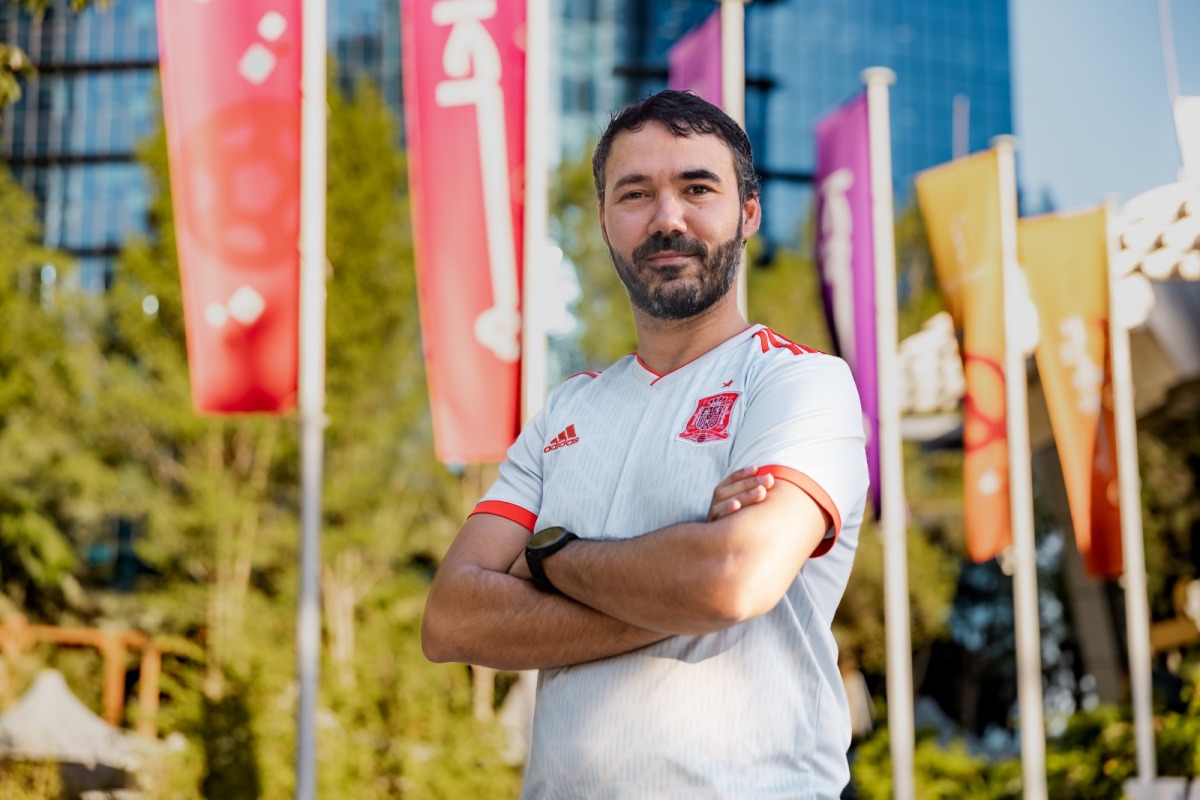 What advice would you give to Spanish fans considering traveling to Qatar for the tournament?

My advice is to be open-minded and not jump to conclusions based on what has been reported about the country. Focus on what you see – not what someone else has told you – because Qatar offers so much more than people think. There are many things you can see and do here, even though it is a small country.

What can we expect from the Spanish supporters here in Qatar?

They will be loud and passionate for sure. Some will dress like matadors or in traditional clothes. A World Cup is a party – and nobody does it better than the Spaniards. I’m sure they will love all the festivities and mingle with people from other countries. I’m sure it will lead to many friendships that will last long after the World Cup.

Spain will play their group matches at Al Thumama, Al Bayt and Khalifa International. Are you eager to taste the atmosphere of these places?

I am indeed! I can’t wait to see these matches because it will be the first World Cup I will attend in person and I think it will be amazing. There will be a mosaic of different people, flags and colors in the stadiums. I am particularly looking forward to the match at Al Bayt. It’s such a unique stadium and a fitting place for our game against Germany. 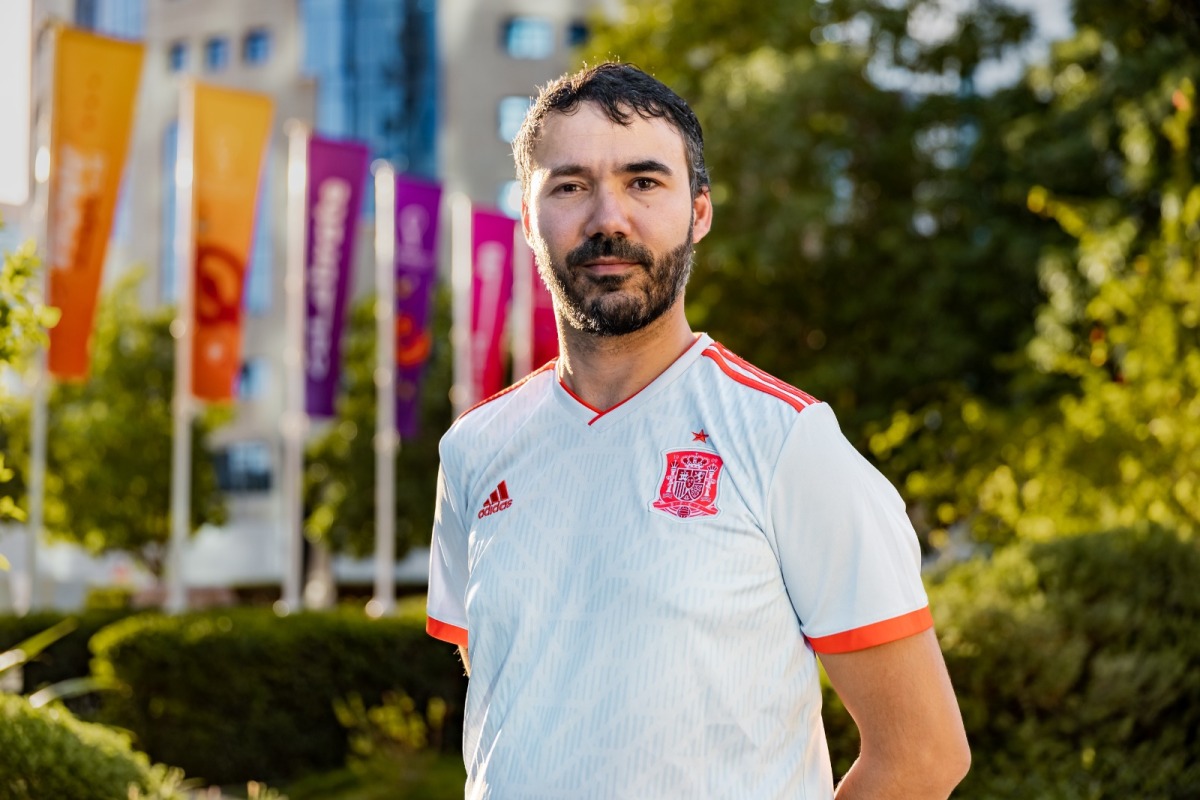 This will be Spain’s 16th appearance at a FIFA World Cup. How do you think Luis Enrique’s side will fare at Qatar 2022?

My heart tells me that we will win the trophy for the second time, but my head thinks that we will go to the semi-finals. It’s going to be very difficult to repeat what we did in 2010 because back then we had some of the best players in the world and we were imitating Barcelona’s style of play. This is something that is unlikely to happen again for a long time. When I look at the other teams, I think France, with their youth and experience, are likely to win again. However, it’s a World Cup, and anything can happen. I hope we can win again, but I’m realistic knowing that there are a lot of good teams in the tournament.

Click here for the latest tickets, accommodations and information about Hayya.

2022-10-19
Previous Post: 7 startups from Spain and 13 from Latin America are selected in the third “Raise for Impact” cohort
Next Post: ECB and Spain set to clash over bank windfall tax