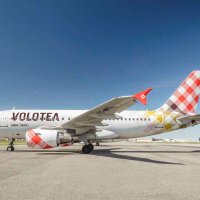 The Spanish LCC Volotea has expanded its offer between Algeria and France, where it has seven airport bases, with a second route connecting the countries.

The new route launched this month between Constantine (CZL), a city in northeastern Algeria, and Marseille (MRS), a city in southern France, will be served once a week.

The Barcelona-based airline (BCN), which specializes in connecting secondary cities in Europe, already operates a connection between MRS and Oran (ORN) in Algeria. Volotea said the new route follows the success of the MRS-ORN route, which was launched in December 2021.

Load factors reached 95% on the MRS-ORN route, the carrier said. As a result, Volotea has increased the frequencies this month from 3 times a week to 5 times a week on the road.

“These two routes illustrate our ambition to develop the French market,” said Céline Lacroix, Volotea’s international development manager, pointing out that 50% of the airline’s capacity now touches France. “More than 10,000 passengers have chosen to travel with us between Marseille and Oran since its launch, proving the necessity of the route” and giving Volotea the justification to open a second route between MRS and Algeria.

Volotea said it is now the second largest airline from MRS in terms of destinations served, with more than 20 routes offered from the airport to cities in Algeria, Croatia, France, Greece, Italy and ‘Spain.

The airline opened its seventh French base at Lille Airport (LIL) on April 1.