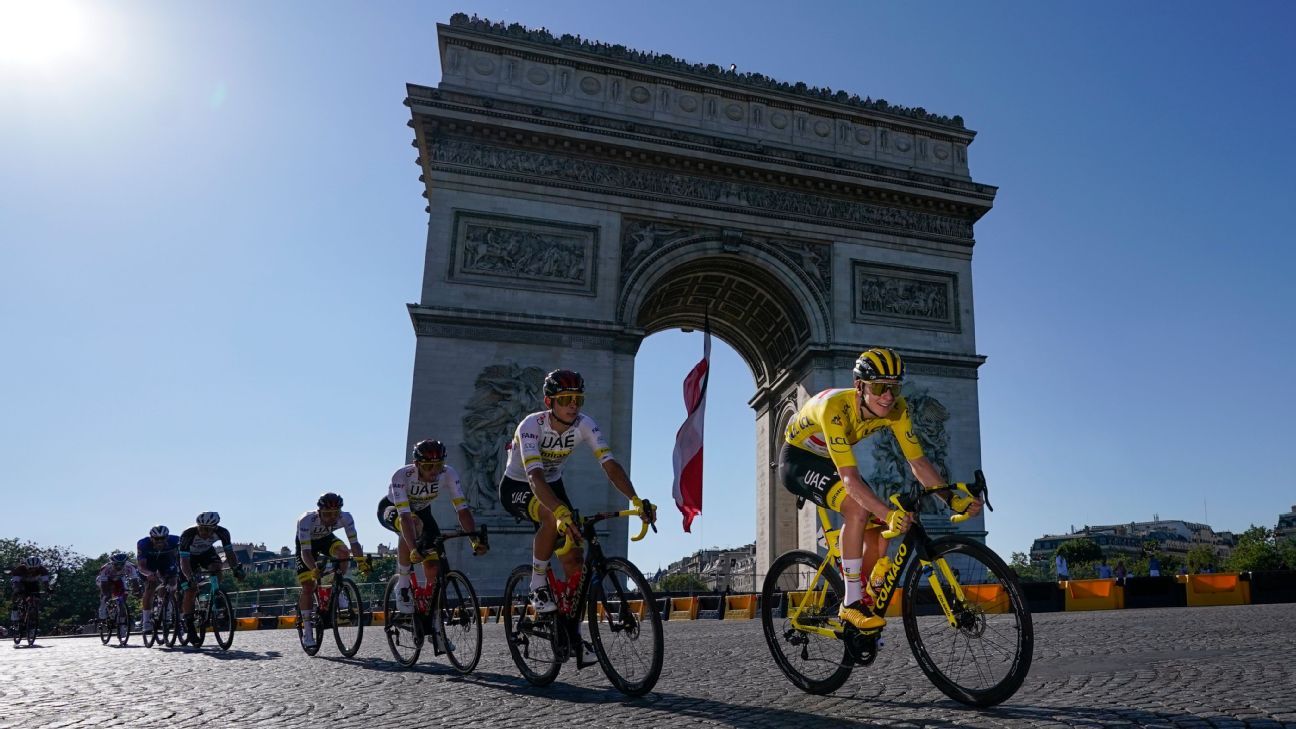 PARIS — Beginning in the Basque Country in northern Spain, next year’s Tour de France will feature four mountaintop finishes and a Tour record of 30 tough climbs but just one time trial.

“The Guggenheim Museum is one of the symbols of the city as well as one of the most famous museums of modern and contemporary art in the world,” said Prudhomme.

The first stage around Bilbao is hilly and the following two stages remain in the Basque country. There’s a finish in the Bay of San Sebastián – which hosted a stage in 1949 – and the first sprint stage hugs the coast to Bayonne as the race enters southeastern France, with a another sprint stage on the fourth stage from Dax to Nogaro.

The climbers reached the Pyrenees mountains on the fifth stage, with a 15 kilometer (9.3 mile) ascent of the Col de Soudet. Stage six has a grueling run up Col d’Aspin, a daunting 17 kilometer (10.5 mile) trek to Tourmalet before ending with a similar length climb to Cauterets-Cambasque.

The ninth stage on July 9 will see a spectacular climb to Puy-de-Dôme, a famous volcanic crater in the Massif Central region of central-southern France which last hosted a stage 35 years ago. In 1964, French rivals Jacques Anquetil and Raymond Poulidor had a memorable fight to the top.

The first rest day follows in Clermont-Ferrand on July 10.

After crossing the Beaujolais wine region, there is a big 17.4 kilometer (10.8 mile) climb on stage 13 of the Grand Colombier in the Jura, where defending Tour champion Egan Bernal cracked in 2020.

The Alps will test weary climbers and provide competitors with further opportunities to tackle challenging treks such as Joux Plane on stage 14 and Croix Fry on stage 15, which culminates in a summit finish in Saint-Gervais Mont-Blanc.

Riders have a rest day before tackling a tough, hilly 22-kilometre (13.6-mile) time trial and then a gigantic mountain stage on Stage 17, the toughest of the race. The last of the four climbs is a 28.4 kilometer (17.6 mile) ascent to the Col de la Loze, before descending to the ski resort of Courchevel which hosts the World Cup slalom races.

Two sprint stages follow before six short but sharp climbs on the penultimate stage from Belfort to the Markstein ski resort in the Vosges.

As usual, the race ends with a processional stage on the Champs-Elysées which is generally contested only by sprinters.

Belgian rider Wout van Aert could be an outsider for victory. He won the green jersey for best sprinter but showed his all-round ability with several thrilling attacks last year.

Dutchman Annemiek van Vleuten defends her title when the Women’s Tour begins on July 23 – again the same day the men’s race ends – and ends on July 30.

The eight-stage race covers 956 kilometers (594 miles), starting in Clermont-Ferrand. It features two mountain stages, including a summit finish on the famous Tourmalet climb on the penultimate stage, and ends with a time trial in Pau.

2022-10-27
Previous Post: Areas of Spain that could be underwater by 2050 if sea levels continue to rise
Next Post: Spain to deploy fighter jets to Bulgaria and Romania to bolster air defenses