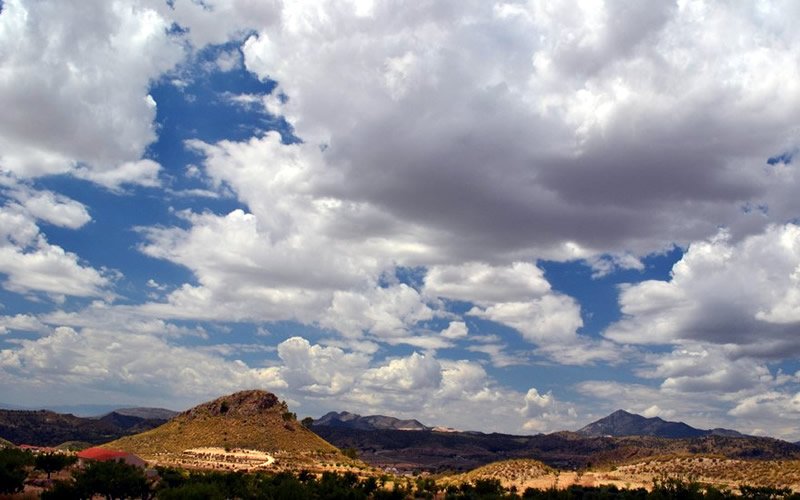 The weather forecast for Spain for the next few days

The weather forecast for Spain, as predicted by AEMET, the National Meteorological Agency

While the two Atlantic storms Dudley, and Eunice, have wreaked havoc in the UK, and caused adverse weather conditions in northern mainland Europe in recent days, this stormy weather has not yet crossed the Iberian Peninsula. .

According to Ruben del Campo, spokesperson for AEMET, the National Meteorological Agency, Spain still remains under the influence of high pressure. Its forecast for the next few days can be described as a “roller coaster” of variable weather conditions.

Ruben del Campo expects the Azores High to return this Sunday, February 20, which will bring stability and thermal rise. The day will begin with frosts in much of the center and the north of the peninsula. In the middle of the day, there will be an increase of four to eight degrees Celsius compared to Saturday in most of the country.

Del Campo predicts that from next Tuesday 22, and “probably” for the rest of the week, temperatures will exceed normal values ​​for the time of year, especially daytime temperatures, which will be between five and ten. degrees above the Ordinary.

From Sunday 20 to Tuesday 22, rainfall will be very sparse and will hardly affect the far north, although the strait may receive a small amount of rain.

From Wednesday 23, and with “very great uncertainty”, it is possible that a low pressure zone will reach the upper layers of the troposphere, moving south of the anticyclone until it reaches the Peninsula. There it will bring rains to the southern third of the country and parts of the eastern half.

However, he does not expect “too abundant” amounts to be recorded. Del Campo points out that parts of southern Andalucia will experience the first significant rainfall of 2022.

In the Canary Islands

In the Canary Islands, until the weekend, the focal point will be the intense gusts of trade winds that can exceed 70 or 80 km / h. This will maintain slightly cloudy skies, except perhaps in the northern islands.

A front will arrive there which will give rise to widespread rains in the most mountainous of the islands. This rainfall pattern is expected to spread, albeit weaker and more dispersed, to Lanzarote and Fuerteventura.

Next week will be “calm” in the Canary Islands, with north and northeast winds, clouds and some rain in the most mountainous islands, and sunny weather in the rest, as reported. reported elespanol.com.

Thanks for reading, and don’t forget to check The Euro Weekly News for all your up-to-date local and international news, and remember, you can also follow us on Facebook and Instagram.

2022-02-20
Previous Post: While Europe is resurrecting the night train, Spain has decided to let it die bit by bit
Next Post: ‘Drag Race Spain 2’ (Atresplayer) reveals its 12 competitors for the new season