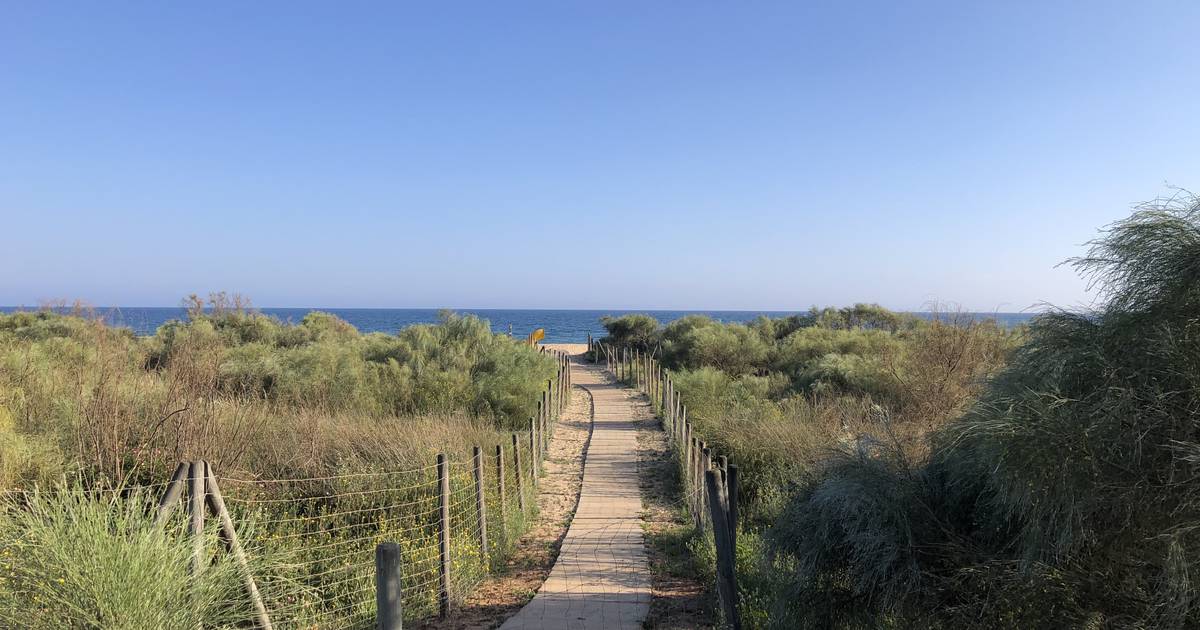 Many years ago, when my father was working in Spain, mum and I took a road trip to explore the unknown Costa Brava. After a fun time getting lost in the scenic way, we decided it was time for a coffee and a pee. At a time when sat navs and Google Maps didn’t take all the adventure out of poorly planned car journeys, we quickly realized we would have preferred things to be a little more – how should I put it? – discovered.

Going off the beaten track is fine if you’re prepared to rough it, but there’s a happy medium between overflowing hotel blocks and the kind of cafes you half-expect a local version of Clint Eastwood. whispers of “We don’t like foreigners in these areas”. Anyway, discovery was on my mind when I went with Travel Department to explore the Costa de la Luz.

Just under an hour from Faro, this stretch of Andalusia’s Atlantic coast is popular with Spanish and Portuguese holidaymakers but relatively unvisited by their Irish and English counterparts. It gives you a nice feeling of being in a different place, while still being able to cater for all the things you would like for a relaxing holiday in the sun. Coffees? Yes. Beach bars? Yes, they are known as “chiringuitos” around here. Pretty shops selling trinkets and trinkets? Absolutely. But you’re not surrounded by a cacophony of voices that would be all too familiar back home.

It’s beautiful too, and the travel department is able to give you just enough guided, non-compulsory excursions to make you feel like you’re in the shoes of a region. There’s also plenty of down time to do as much or as little as you like. In my case, that involved plenty of jumping into the refreshing sea, followed by deliciously refreshing beers, made even tastier by the view of postcard-perfect multicolored beach huts. How come the environment affects the taste of things? I’m sure there are deep theses on the subject, but suffice it to say this is a place where the rosé is gorgeous, the beer glides smoothly and the salty snacks serve to keep you thirsty for more.

We’re staying in Islantilla (your Costa de la Luz base will depend on departure dates), a seaside resort so popular with Spanish holidaymakers that its population swells from 1,600 sleepers out of season to over 100,000 in high summer. We visit at my favorite time between seasons, where you have that pleasant sense of things waking up (or relaxing), and nothing is too crowded for comfort.

Islantilla used to be a small fishing village, and apart from two ill-advised blocks built in the 1970s, everything is lovely and low-key, including our hotel, the Puerto Antilla Grand, where the pools are lovely. They are located in beautiful gardens, with plenty of entertainment for children. Poolside bingo is bilingual – a mixed blessing, as it lasts twice as long.

The breakfast and dinner buffets are a foodie’s dream. Tapas, seafood bites, paellas, grilled fish and tasty lamb are arranged for our greatest pleasure. The more adventurous can sample razor clams and things that look a bit like eel, while at the other end of the gastronomic spectrum, they’ll whip you up a pizza. You can easily spot the first nights as they end up with everything on their plates. I know, I did. You can skip the flavors entirely for a gooey cake and a chocolate fountain.

Beyond the gardens, the beach is gorgeous and golden, stretching around far corners in both directions. It is preceded by a walk that takes you past a pretty church, the Parroquia Nuestra Senora del Carmen, decorated with seahorses and anchors instead of saints and gargoyles. Bursts of jasmine waft through the warm air, mingling with tortillas and bites of fried seafood as you pass another attractive bar.

We’re on a day trip to follow in the footsteps of Christopher Columbus, and I’m thinking again about the idea of ​​discovery. The explorer left these shores in 1492, looking for an alternative route to Asia. Instead, he inadvertently “found” the New World. The fact that the New World was already quite familiar to its original occupants, and that its “discovery” didn’t go so well for them, nags them throughout the tour.

Rábida Monastery, where Columbus spent time networking to support him on his epic quest, is a pretty spot. It has deliciously cool cloisters, a beautiful chapel and, in the first foyer, weirdly Soviet realistic and vaguely homoerotic frescoes, painted in the 1930s by Daniel Vázquez Díaz. This is the only part of the monastery where you are not allowed to take pictures, and I can’t help but wonder if it’s because they would really rather not be associated with the paintings. Everything else is wonderful.

In another room, lined with flags of the Americas, ornate earthen boxes are open. They were presented by various ambassadors. Looking at their contents and marveling at the variety – from sand and clay, to rock and volcanic stones, to seemingly fertile soil – it is seductive to think of a time when adventure of an epic discovery could be experienced while learning to sail. Nowadays, you should become an astronaut. Otherwise, fortunately, you can still travel in a more discreet way, as curious vacationers.

From there, descend to the Muelle de las Carabelas, a museum where replicas of Nina, Pinta and Santa Maria from Christopher Columbus’ first voyage are anchored in a small pool. You can climb on them, and they are surprisingly small.

Seville in a day

It would be a shame to go to this part of the world without visiting Seville. Sleek, extraordinary and huge, you can’t expect to take it all in one day, but we do our best. We pass the Antigua Fabrica de Tabacos, the factory where the fictional Carmen made cigarettes in Bizet’s opera. It looks like a palace and is now part of the University of Seville.

We stop at Parque de María Luisa, where the trees are falling with an abundance of oranges. We’re told they use them as biofuel, which makes sense to me, since I hate marmalade. In March, the city smells of orange blossom and, in an undelicious twist, the most aromatic are the most bitter.

The vast Plaza de Espana is within the park. The huge architectural mix was built for the 1929 Ibero-American Exposition, with neo-Renaissance, Spanish and Baroque influences. Small boats ply the ornamental waterway, and horses are lined up to whisk you away in a carriage. Intended to impress, it leaves me a little cold. The Alcazar, on the other hand, is amazing. It was built in the 1300s by Castilian Christians in what is known as the Mudéjar style. Mudéjar architecture, a mixture of Jewish, Muslim and Christian inflections, abounds in these regions, offering the idea that sometimes, and wonderfully, cultures can thrive side by side, enriching and influencing each other to the benefit of all.

These happy states of affairs rarely seem to last, as dynastic impulses and other power grabs kick in, magnifying differences in cultures and beliefs, and generally ruining everything in a bloodthirsty way. The beauty here, and elsewhere during our visit, is overlaid by the legacy of the Spanish Inquisition, established in 1478 by Catholic monarchs Ferdinand and Isabella, and intensified in 1492, the same year they funded Columbus on his voyages. . Hundreds of thousands of people were persecuted in the process. The “Catholic” part of their royal title was bestowed by the Pope in recognition of their efforts.

Yet it’s easy to put aside thoughts of the darkest times in history, wandering in such splendor. Maybe that’s why autocratic rulers aim for extravagance and decoration? Or maybe it’s just because they can. The Alcazar gardens are also very beautiful, with welcoming shady spots and rare plants. The site was used as a setting for Lawrence of Arabia and Game of Thrones.

The travel department specializes in group travel, and it’s fun to compare notes over tapas and fresh sangria, swap photos, and line up snippets of information gleaned from our guides. Tours are organized so you don’t feel rushed or have to join in if you don’t feel like it. But there’s so much to see and do in this fascinating part of Spain that you might want to go back a second time, just to check out all the things that are yet to be discovered.