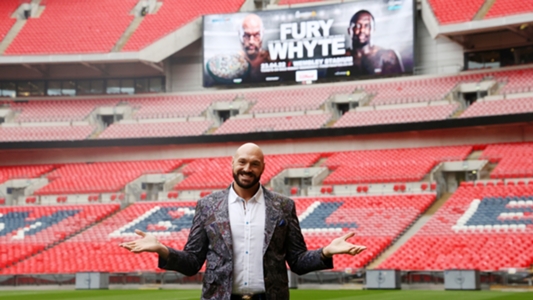 Those responsible for Tyson Fury vs. Dillian Whyte revealed

The return of the WBC heavyweight champion of the world is approaching and ring officials have been appointed.

The clock is ticking for Tyson Fury’s world title defense against mandatory challenger Dillian Whyte who meets on Saturday April 23 at Wembley Stadium.

The two have split opinions on who will be the winner and to avoid any controversy with the result, the British Boxing Commission and the WBC have reached a neutrality agreement.

“At the request of both sides, in order to maintain neutrality in the fight and for it to be a fight that does not generate questions and without bias, ring officials have been appointed. Proudly there will be the Mexican Juan Carlos Pelayo, a Canadian Robert Tapper and an Italian Guido Cavalleri, while the referee will be Mark Lyson, a Briton with proven experience,” WBC President Mauricio Sulaiman said in a statement. interview with DAZN News.

Six months after completing his trilogy with Deontay Wilder, and following a four-year tour of the United States, Fury returns to the UK for his homecoming.

“I’m ready for this moment, for this comeback. A big thank you to all my fans, I really appreciate what you’re doing. The fans make this fight possible, without them it wouldn’t be possible,” said an active Tyson Fury.

Whyte – who has been a title challenger for four years – comes into this fight ready to maximize the opportunity that has been denied him for so many years.

2022-04-17
Previous Post: In solidarity, a Spanish village renames itself “Ukraine”
Next Post: ! Murcia Today – Countdown to the end of masks in Spain: where will we still have to wear them?