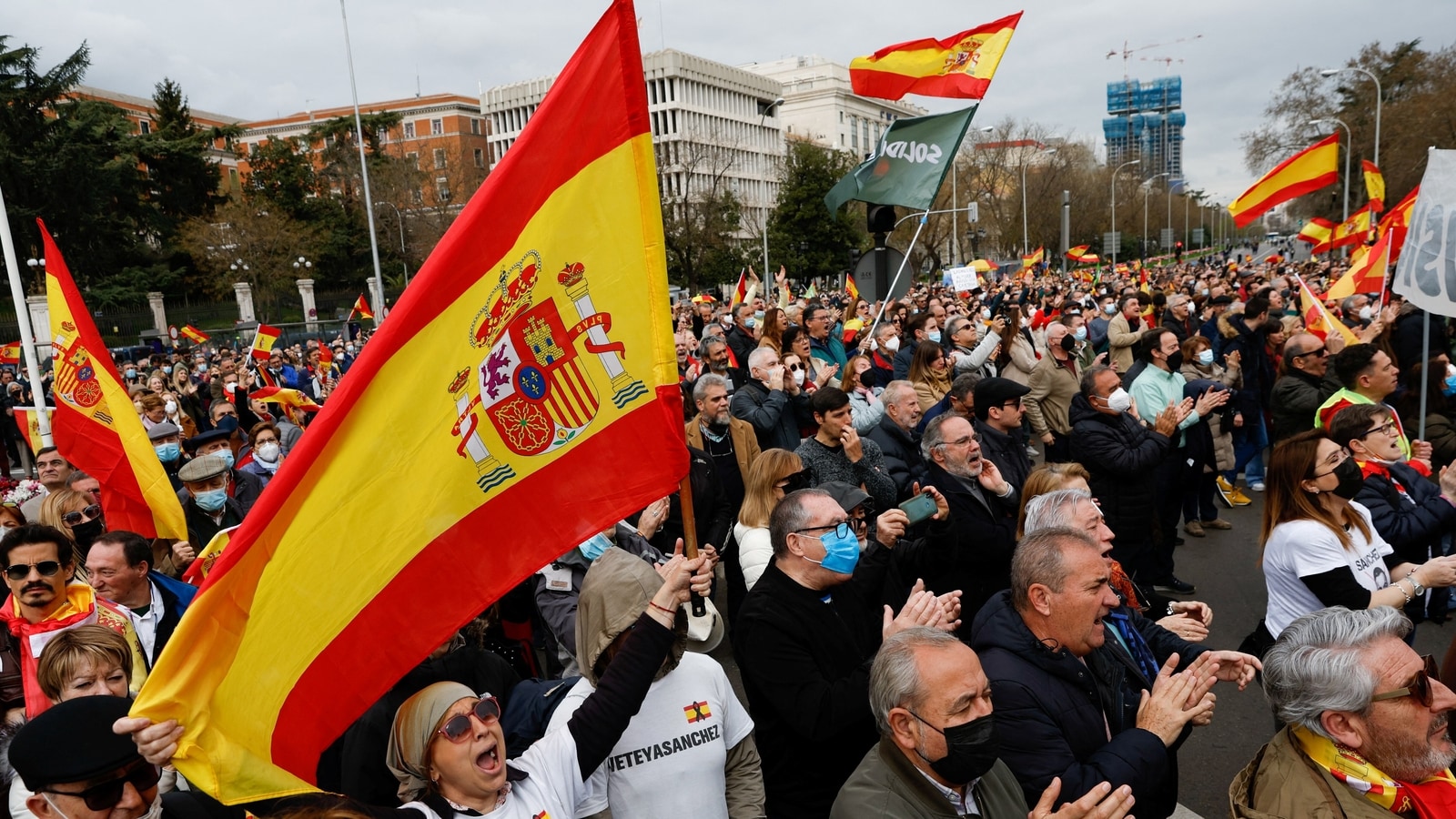 Thousands of demonstrators took to the streets of Spain on Saturday to protest against soaring food, light and fuel prices, which have been exacerbated by Russia’s invasion of Ukraine.

The rallies, which took place in major cities across Spain, were called by the far-right Vox party which sought to capitalize on growing social discontent over the skyrocketing cost of living that has left many many families struggle to pay their bills.

“Sanchez, you are garbage, lower our bills! they cried, between the patriotic cries of “Long live Spain!” at a rally demanding government action to bring prices down.

“We have the worst government possible… It’s not even a government, it’s a sweat factory… plundering and extorting workers through abusive taxes,” Vox chief said , Santiago Abascal, at the rally to enthusiastic cheers.

“We will not leave the streets until this illegitimate government is removed.”

This government is “taking everything from us”, said Anabel, a 56-year-old protester who did not give her last name.

“They raise electricity and gasoline prices and say it’s because of (Russian President Vladimir) Putin, but that’s a lie. It was like that before,” he said. she told AFP.

“Lighting prices are really affecting (my family) as some of us are working from home, and we can barely turn on the heating as gas prices have almost doubled in the last six months.”

Many said the government should cut taxes to help those who are struggling.

“A country that raises prices in this way and does not help its citizens by partially lowering taxes, is abandoning its people,” said Francisco, 53, unemployed and did not give his last name.

“We must force the government to act – or withdraw them, for the good of Spain.”

Energy prices soared 72% in Spain last year, one of the highest increases in the European Union, and costs have risen further since Russia invaded Ukraine in a crisis that follows the pandemic.

The government has pledged to take action to reduce the cost of energy and fuel, but will not present its plans until March 29.

Madrid has for months been urging its European partners to change the mechanism that links electricity prices to the gas market, but its pleas have so far fallen on deaf ears, despite support from Paris.