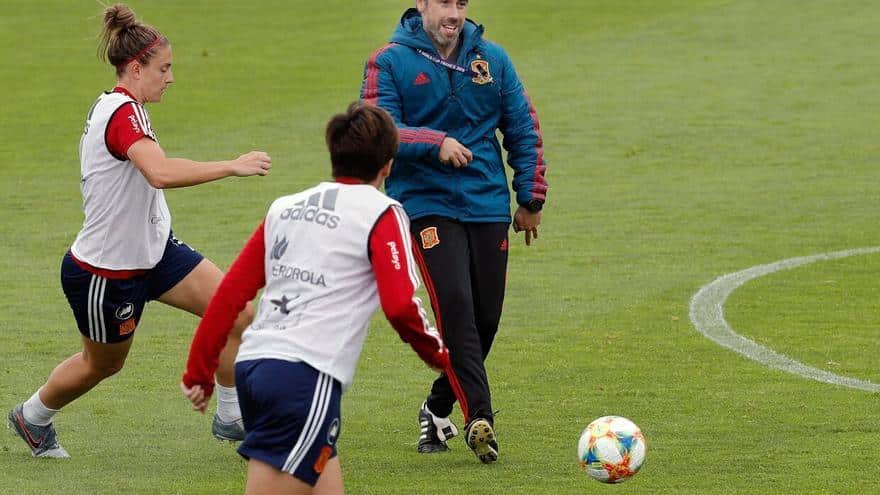 Spanish Football Federation Ticket prices have been announced for the match on Tuesday 11 October between the Spain women’s national teams and the United States, current world champions, which will be played at Al-Sadr from 8:30 p.m.

Tickets can be purchased online this Friday from 12:00 p.m.; On Monday, a physical point of sale will be carried out at the headquarters of the Navarre Football Federation.

Ticket prices vary from 15 euros preferably to ten in the side stand and funds-Graderio Sur and Norte-.

Both in the online sale and in the physical point of sale, indicates the RFEF, there will be a Unlimited promotions where two tickets can be purchased for the price of one.

Online sales will be made exclusively via tickets.rfef.es, On Monday, the physical point of sale for tickets will be installed at the headquarters of the Navarre Football Federation (c/ Emilio Arieta, 3 – 1ª Planta di Pamplona), open from 9:30 a.m. to 5:00 p.m. from Monday to Thursday. :30h; and Friday from 9 a.m. to 3 p.m. The 2×1 promotion will also be applicable at this physical ticket outlet.

Spain women’s team will play this tuesday Pamplona His fourth game of the season. This will be the last match of this concentration in October (after the match in Córdoba, against Sweden on Friday 7); And it is the first dispute of this kind to be disputed in the Navarrese capital, in all its history. It will be a very special meeting Cooperation between the RFEF, the Football Federation of Navarre, the provincial government, the public company NICDO and the City Council of Pamplona,

The women’s football team is embroiled in a bitter argument over the dispute between the players of the Spanish team and coach Jorge Vilda. Fifteen footballers have expressed their wish not to be called up by the coach due to a series of internal problems. We will have to wait for the final list of players.

2022-09-29
Previous Post: Panbela receives approvals to open trial sites in Spain, France and Italy for the ASPIRE trial studying ivospemine (SBP-101) in combination with gemcitabine and nab-paclitaxel in patients with metastatic P
Next Post: Camelina Company España opens an innovation center in Spain