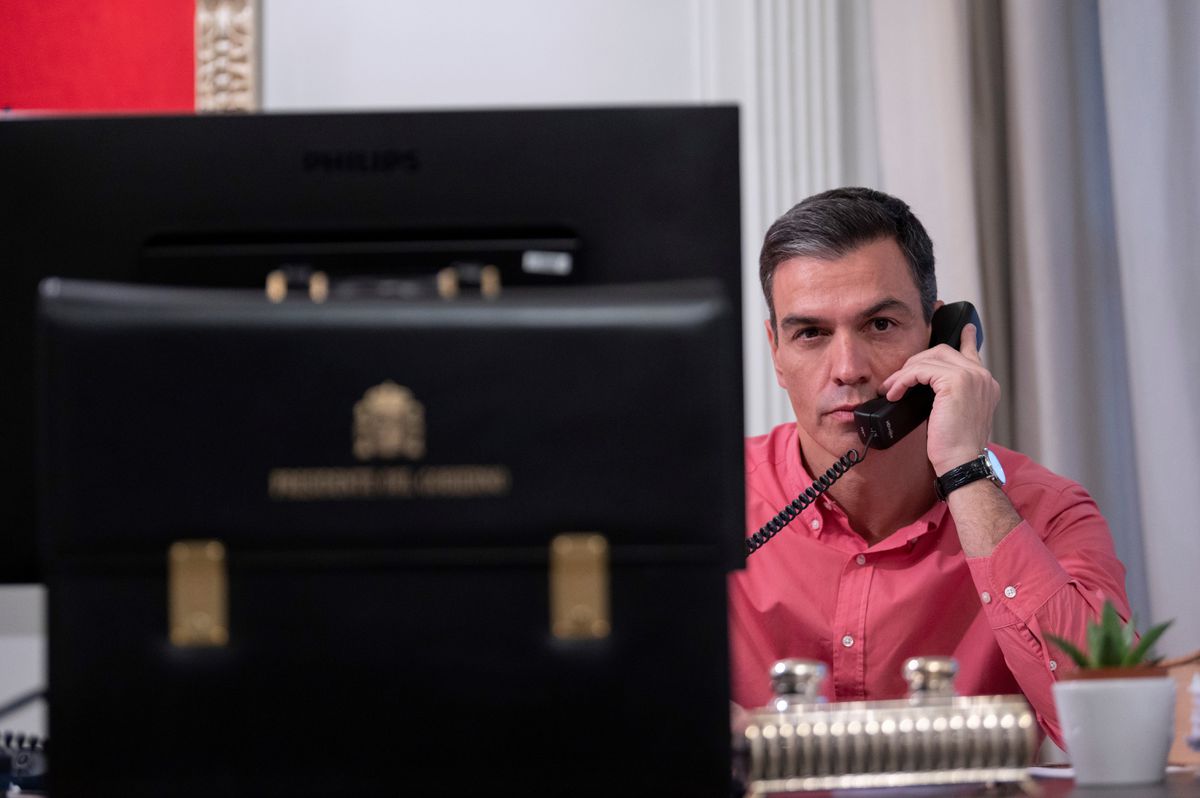 The Ukraine crisis has entered Spanish domestic politics, highlighting the division within the coalition government over Spain’s participation in a North Atlantic Treaty Organization (NATO)-led effort to deter Russia to further aggravate the conflict.

Prime Minister Pedro Sánchez of the Socialist Party (PSOE) has faced open objections from his ruling partners in the leftist Unidas Podemos party, and instead finds support in the main opposition party, the People’s Party (PP). Party leader Pablo Casado said he supported the government on this issue “as a state position”, although he also complained that the prime minister had not called him or haven’t had a private interview with him for a year and a half. Casado is also using the disagreement between the ruling partners to gain political ground ahead of the upcoming regional elections in Castilla y León. “Who is responsible in your government?” he asked Sánchez on Sunday.

Spain will send four air force fighter jets to Bulgaria next month, according to NATO sources. The deployment of a Spanish Air Force contingent to a Bulgarian air base had been approved by the Cabinet on 21 December as part of a wider contribution to NATO, United Nations and EU in 2022, but recent events have added a new dimension to the contribution. , government sources said.

Foreign Minister José Manuel Albares has asked to appear before the Congress of Deputies to explain Spain’s position on the issue and share the conclusions of an EU meeting to be held in Brussels on Monday, they said. ministry sources. Albares is expected to address lawmakers on Tuesday as the next day he will travel to Honduras for the inauguration of new president Xiomara Castro and is not expected to return until Friday.

On Friday last week, Albares stressed that the guidelines for Spain’s foreign policy are set by the prime minister and that he himself feels “very comfortable with that”. His remarks came after members of Unidas Podemos openly criticized Spain’s decision to send fighter ships and jets to Eastern Europe as part of NATO’s plan to deter a possible Russian incursion.

“We are people of peace. We are committed to peace, the de-escalation of the conflict, the prevention of military exercises in the region, dialogue and diplomacy,” said Minister of Equality Irene Montero, of Unidas Podemos. Spain is “the country of ‘no’ to war”, she added.

And former Podemos secretary general Pablo Iglesias, who served as Spain’s deputy prime minister between January 2020 and March 2021, accused Defense Minister Margarita Robles of treating Spaniards as “idiots” to justify the role of NATO in the geopolitical crisis. “We heard the Minister of Defense say something that PSOE voters do not believe, that NATO was born to defend peace, the LGBTQ+ community, human rights, democracy, public health” , did he declare.

PP leader Casado, meanwhile, criticized the mixed messages from coalition partners and demanded “a clear position” on the Ukraine issue. “There is no room for half measures with a conflict as serious as the one we are experiencing,” he said.

Casado also questioned Sánchez’s leadership, suggesting he should step in to cut short the criticism. “Mr. Sánchez, are you going to put your government in order so that it stops insulting your Minister of Defense and stops saying that your decisions on Ukraine are absurd? Who is responsible in your government, you or [Podemos Deputy PM] Yolanda Diaz? Who is in charge of governing Spain, you or Pablo Iglesias? “, he said Sunday in Villamartín de Campos (Palencia), where he was campaigning for the next regional elections in Castile and León.

It’s not the first time that the PSOE and Unidas Podemos have openly disagreed on a public issue. Recent comments by Consumer Affairs Minister Alberto Garzón on Spanish meat exports have drawn a chilling response from his socialist partners.

2022-01-24
Previous Post: Protests in Spain show plight of farmers and rural communities
Next Post: Andalusia | The Spanish Met Office activates orange and yellow weather warnings on the coast from this Tuesday