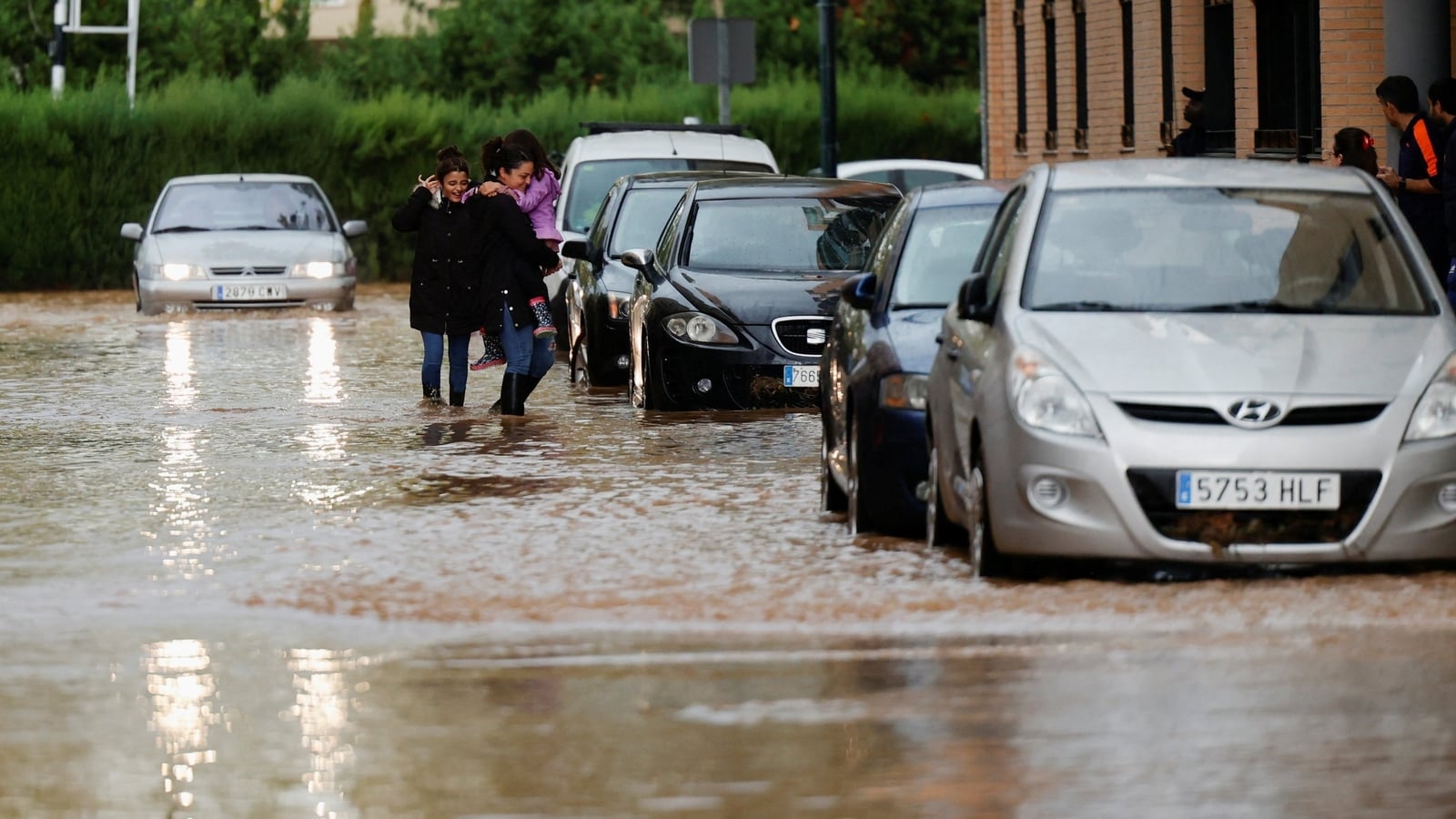 People trapped in cars and homes after heavy rain caused flooding in Valencia, Spain have been rescued. The popular holiday destination has faced travel disruptions, with the airport due to close temporarily and trains halted. Flights were briefly interrupted at Valencia airport in eastern Spain after hours of torrential rain, airport officials told AFP.

It is not the first time this year that the eastern region of Spain has been flooded, as the region saw record rainfall in May. The storm that started late Friday battered the region with high winds and heavy rain, with the downpour intensifying on Saturday.

Air traffic was initially suspended, but the airport later reopened.

“Valencia airport is now operational. In the end, 10 flights were diverted to other airports and there were 28 cancellations,” Spanish airport operator AENA said on Twitter.

Spanish air traffic control authority Enaire said earlier that all flights had been suspended due to “strong thunderstorms” over the airport.

“Valencia Airport had to close the runway due to water accumulation, according to the airport operations center,” emergency services tweeted.

Successfully subscribed to the newsletter

Thank you for subscribing to our Daily news capsule newsletter.

2022-11-13
Previous Post: Egypt, Spain and Germany are in the throes of climate protests
Next Post: More rain for Spain as successive fronts reach the peninsula