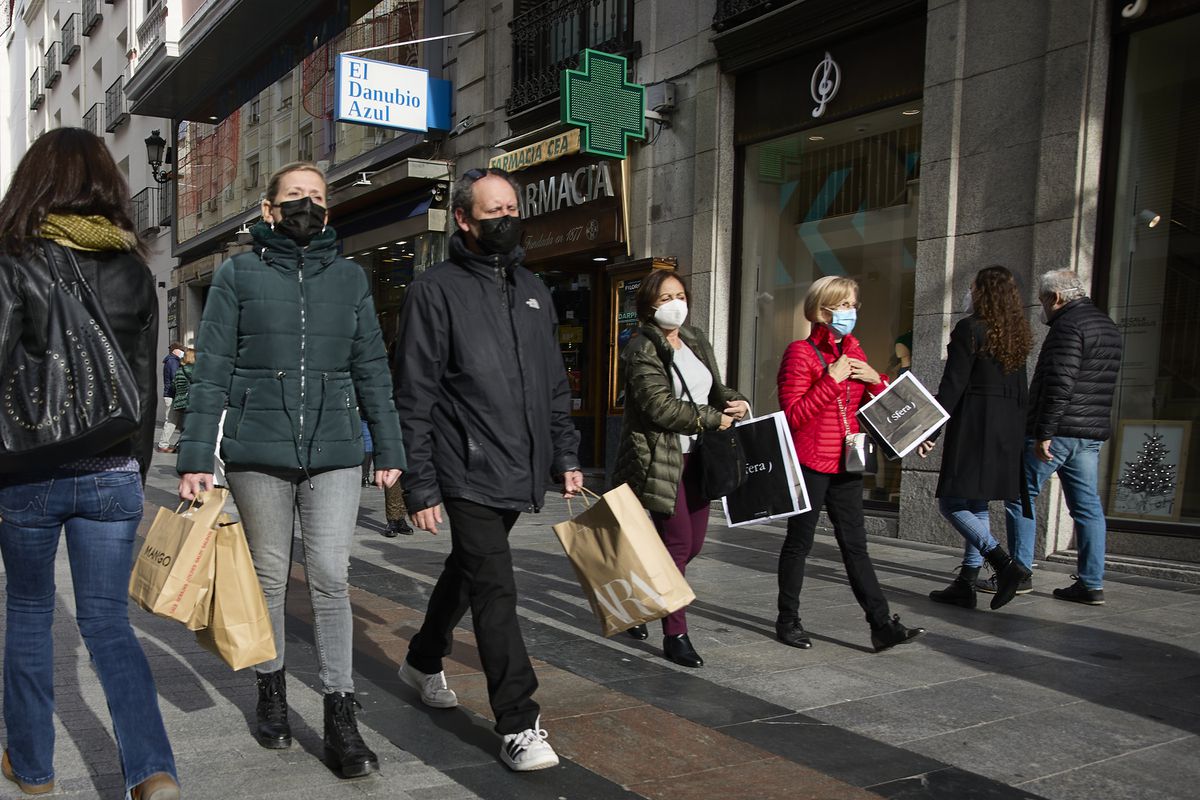 Two years before the holding of new legislative elections in Spain, his political map appears more and more fractured, according to an opinion poll by the 40dB pollster published by EL PAÍS and the Cadena SER radio network.

The poll, which gives the ruling Socialist Party (PSOE) a narrow victory, shows a clear rise on the right despite broad support for executive policies on the economy, pandemic and digitization.

If elections were held today, the conservative People’s Party (PP) and ultra-nationalist Vox would gain ground and together obtain around 30 more seats than those won jointly by the Socialist Party (PSOE) and Unidas Podemos, who make up the current coalition government.

The far right Vox would collect up to 18.3% of the vote to win 66 seats, against 52. Unidas Podemos would lose four of its 35 deputies while Ciudadanos (Citizens), which is part of the liberal alliance in the European Parliament, would lose confirms its fall with only two seats out of the 10 won in 2019.

This result portends increasingly shrinking margins of victory that will require complicated negotiations to form a government. The November 2019 election was the fourth in four years, and two of them were repeated votes triggered by the inability to secure government deals. For decades the PSOE and the PP took turns in power, but the 2008 economic crisis spawned protest parties and Spanish politics has since been defined by a lack of clear parliamentary majorities. The absolute majority of the 350 members of the Congress of Deputies is set at 176 seats.

Reacting to Monday’s poll, Prime Minister Pedro Sánchez blamed the PP brand of “denial opposition” for the rise of the far right. “There are collectives who think that democracy is not an effective tool to respond to their demands,” he told Cadena SER radio. “And they turn to authoritarian leaders, which is what the far right represents. Right now, political denial is feeding the far right, and that’s the mistake of the right. That is why it is so important to continue the reforms that bring dignity to citizens. Sánchez added that his plans for the next two years are to push through further reforms, including tax reform.

Support for economic and health policies

The poll, based on 2,000 polls, shows broad support for many government policies even though the overall picture of the executive is poor, with 30% of Socialist voters calling it “incompetent”.

Yet, for the first time in decades, the Spaniards seemed to trust the political left more than the right to effectively run the economy. The PSOE was considered better able to improve the economic situation by 22.4% of the respondents, against 21.1% who preferred the PP. And 22.2% said the PSOE is better at creating new jobs than the PP (20%). As for the management of European stimulus funds, 25.2% said that the Sánchez administration is better prepared, against 17.7% who supported the party led by Pablo Casado. As for the digitization effort, 22.2% preferred the PSOE against 17.4% who supported the PP.

Until now, Spanish citizens have generally expressed more support for the right in managing the economy and the left in dealing with social issues. This time, despite increased political polarization and the impact of the coronavirus pandemic, respondents responded positively to the recent increase in job creation, which has returned to pre-pandemic levels (by comparison, it has took 12 years to return to pre-2008 levels). levels). Despite this, GDP growth does not match employment growth and Spain remains one of the most indebted countries in the European Union. Inflation and skyrocketing electricity prices have also become thorny issues used by the opposition against the government.

As Spain is plunged into the sixth wave of the coronavirus pandemic, the government has received global support for its health policies, including the success of its vaccination campaign.

The PSOE has become the favorite party to solve Spain’s most pressing problems. This includes the issue of Catalan independence (18%), although there was widespread rejection of last year’s government pardons for jailed leaders of the 2017 unilateral secession attempt.

Technical Notes on the Survey. Carried out in Spain with adult residents having the right to vote and residing in Spanish territory (except for Ceuta and Melilla). Sample size: 2,000 interviews. Methodology: online questionnaire. Margin of error: ± 2.2% for a confidence level of 95.5% and for P = Q. Made between December 23 and 30.