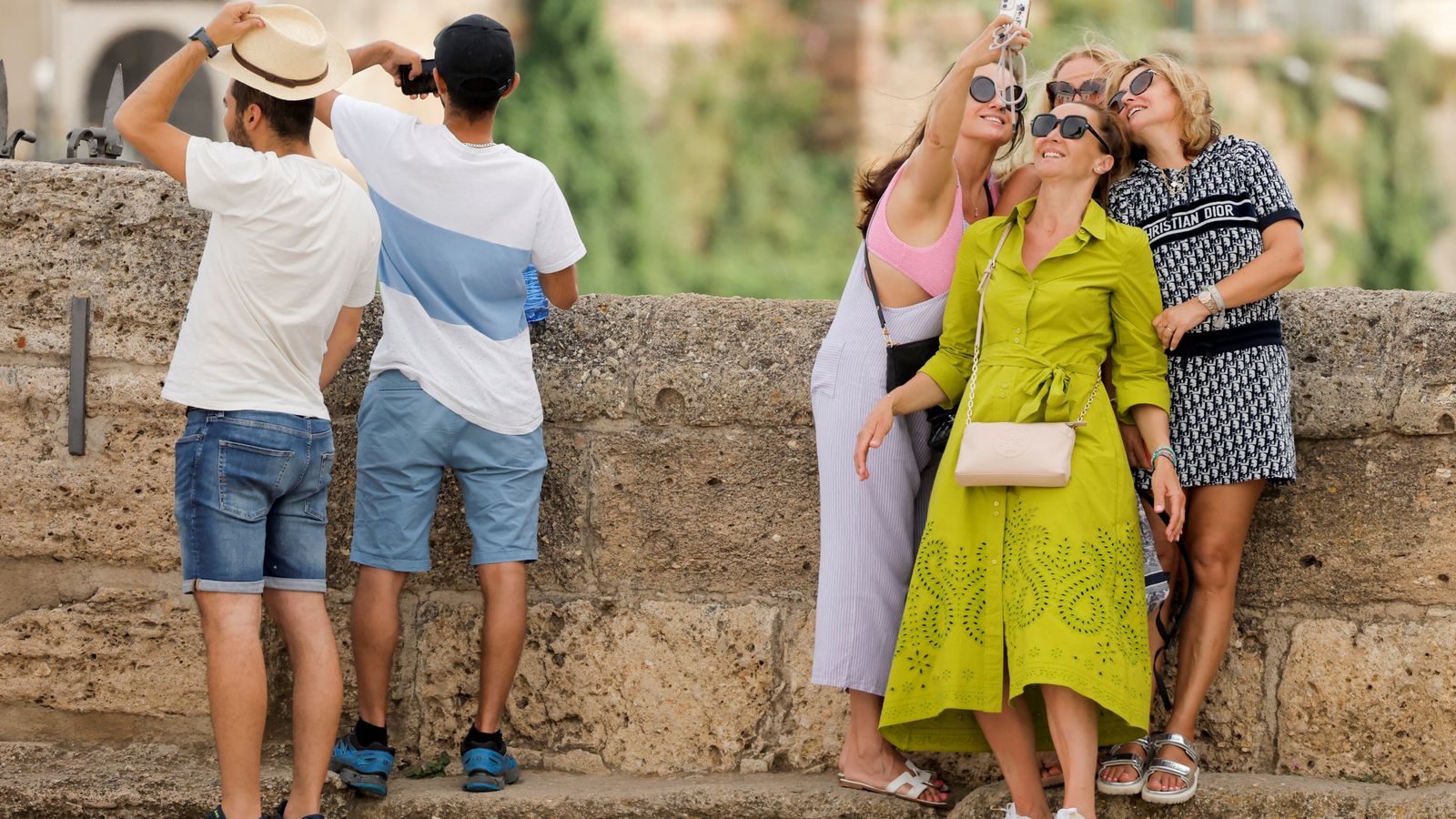 Weather in Europe: Spain basks in 15C above average heat while at least 30 injured by tornadoes in Germany | world news

Severe weather in Europe saw heat records set in parts of Spain with temperatures reaching 40C, while parts of Germany were hit by fierce storms with tornadoes injuring at least 30 people .

The contrast in conditions across the continent couldn’t be more evident with scorching heat scorching Spain while dangerous storms sweep through parts of Germany.

An alert has been issued for large parts of Spain after an intense heat wave began to form.

A hot, dry air mass carrying dust from North Africa pushed temperatures up to 15C above average, with mercury reaching 40C (104F) in some areas.

The State Weather Agency said it expected “unusual and extreme” temperatures to peak on Saturday.

“These temperatures will likely be among the hottest we’ve seen in May in the 21st century,” agency spokesman Ruben del Campo said.

In the southern Spanish city of Jaen, the temperature soared to 38.7C (101.7F) – 15C above the seasonal average – in a record high for the month of may.

While in the central city of Cuenca, the daily low temperature of 19.5°C (67.1°F) was two degrees higher than the previous May low.

High temperatures are expected to push northeast in the coming days, with conditions not expected to ease until after Sunday.

While three regions were under yellow alert (Castilla-La Mancha, Extremadura and Madrid) and one under orange alert (Andalusia), none were placed under the highest red alert, indicating extreme risk.

Meanwhile, at least 30 people were injured, 10 of them seriously, after a tornado hit the western town of Paderborn, police said.

Authorities said the winds, which meteorologists said could reach up to 130 km/h (81 mph), blew away roofs, toppled trees and sent debris flying for miles.

“Thirty to 40 injured, including at least 10 seriously,” Paderborn police said on Friday after the tornado.

Officials have urged people to stay home so as not to hamper rescue efforts or put themselves in danger.

As heavy rain and hail swept across the country, the town of Lippstadt in western Germany was also heavily damaged by a tornado, officials said.

A church steeple in the town was toppled and German news agency dpa reported that more than 100 people were temporarily trapped in a local outdoor swimming pool after fallen trees blocked the exit.

Police say two French nationals died after their powered paraglider was caught in a strong gust of wind and crashed in a field in Germany.

The paragliders, carrying a man and a woman, took off from an airfield in Ballenstedt, about 109 miles southwest of Berlin, according to authorities in Saxony-Anhalt.

Shortly after issuing a warning, police said the couple, both 59, ‘appeared to have been hit by a gust of wind which caused the paraglider to collapse and the aerial vehicle to crash on a field at a height of about 40 meters”.

Schools in the western city of Cologne closed before noon to give pupils time to get home safely before storms hit.

More than 130 people were killed in the area after it was hit by a flash flood in July 2021.