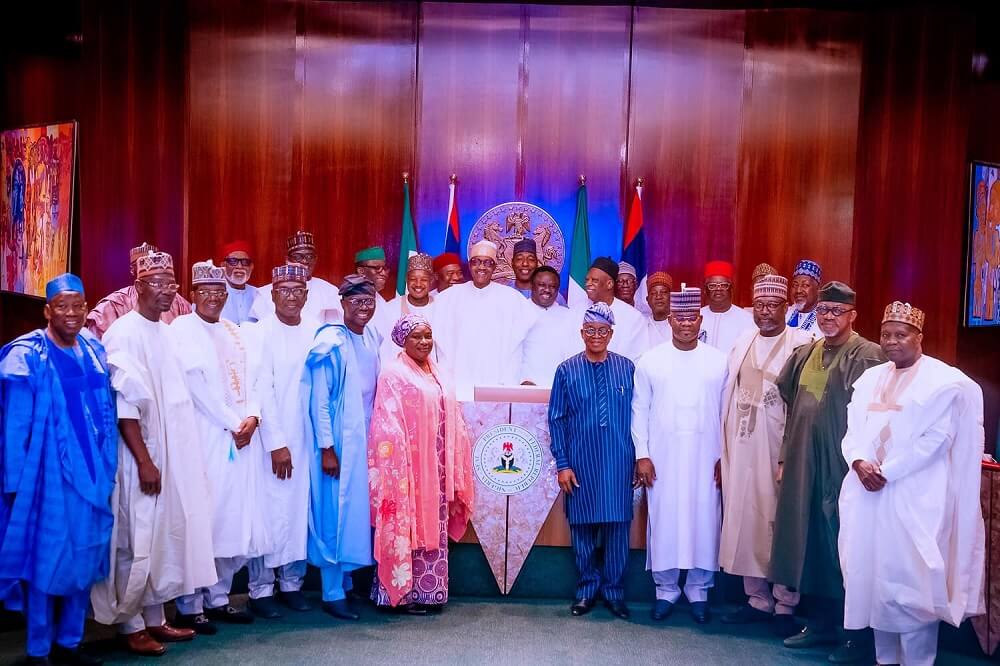 What Buhari Told His Successor Governors Before Visiting Spain – Adesina

President Muhammadu Buhari’s Senior Media Adviser, Femi Adesina, gave an insight into what the President told members of the Progressive Governors Forum on choosing his successor.

Buhari held a closed session with the governors before heading to Spain on Tuesday, during which the president reportedly demanded that the governors allow him to choose his successor.

The president’s request reverberated through the political space with huge public disapproval, with many describing it as undemocratic and a pathway to political crisis.

Buhari had said, “In line with established internal policies of the party and approaching the convention in a few days, I therefore wish to seek reciprocity and support from governors and other stakeholders in choosing my successor, who would fly the flag of our party for election as President of the Federal Republic of Nigeria in 2023.”

However, Adesina, in an article entitled “Visit to Spain: Let’s Buga for Mr. President”, where he also spoke about the President’s visit to Spain, denied that the President had actually asked the governors to choose his successor.

He also denied that issues relating to zoning, consensus or the imposition of candidates were discussed during his conversation with the governors.

“No word on zoning, consensus or imposing a candidate. He just tasked them with converging their plans, so that the party looks its best. Shortly after the meeting, we headed to the airport,” he wrote on Friday.

He noted that “Shortly after the approximately five hour flight, I took to social media to see that all hell had broken loose. Trust some Nigerians. When there is no controversy, they simply create one. They will die of boredom if they have nothing to complain about or exclaim.

” What did they do ? Oh, he used the words “my successor” instead of “APC candidate”. That means he wants to rig the election. Otiosis.

“Oh, he talked about the governors who performed well and who had the opportunity to get a second term, for continuity. That means he wants to impose someone in the government to succeed him. The consensus is what he wants. Childish.

“Isn’t consensus one of the acceptable ways of choosing candidates, according to the electoral law? Thus, the party can very well decide on the method it wishes.

“Oh, he didn’t mention zoning. APC wants to give its ticket to the North. Oh good? Did you see anything like that in the speech?

“I’m telling you. When some Nigerians don’t see what they want from a speech or statement, they just conjure up and create their own. And the wailing begins.