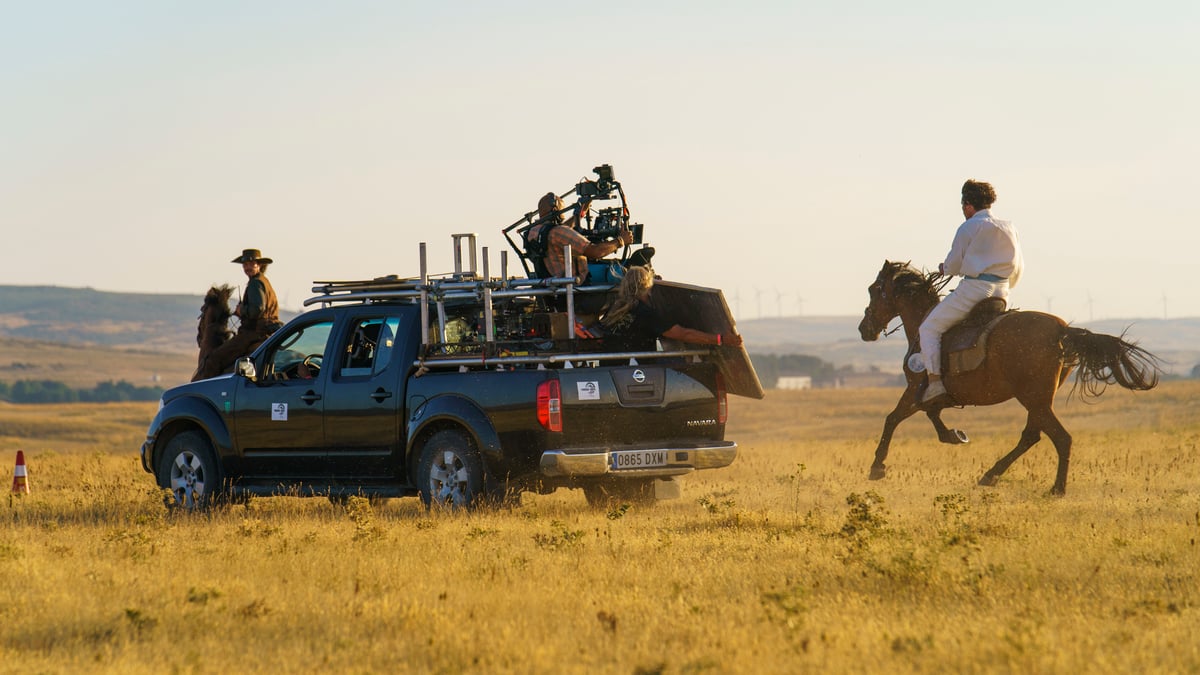 Where was The English filmed? Filming locations in Spain and the United States

The English is a new BBC drama series which is also available via Amazon Prime in the US. The series follows an English aristocratic woman, Cornelia Locke and a Pawnee scout who join forces and travel through the rugged terrain of the American West, as Locke searches for the man who killed her son. The series was filmed on location in the American West and Spain, with locations chosen to replicate the Kansas and Wyoming setting.

Filming for The English took place on location last year

Where is the English set?

The six-part series is set in two American frontier states in 1890 during the agony of the Old West. Most of the action takes place in Wyoming and Kansas, where many iconic westerns such as Butch Cassidy and the Sundance Kid, Red River, Unforgiven and Winchester ’73 were filmed.

The West is a legendary part of America’s history and has become a myth over the centuries – it’s a land associated with anarchy, freedom and the pursuit of the American dream, as the Americans and immigrants flocked west in the 19th century in hopes of making a name for themselves. It was also the scene of brutal conflict between Native Americans and the United States military, as westward expansion led to the forced expulsion of Native Americans from their homeland.

Where is The English filmed?

Finding the right location was an essential part of the production process, as The English’s setting is an integral part of the story. Producer Colin Wratten told televisual.com, “We looked at Santa Fe, New Mexico, we also looked at Calgary and the optional Canada shoot.”

Writer Hugo Blick added: “Because I knew firsthand the locations we had to replicate, I already knew that Almeria, which has the famous Leone/Eastwood sets, wouldn’t work for this Kansas set story, Wyoming. Eventually, the production team landed on filming locations in the United States and Spain.

English was filmed in Oklahoma and Spain

According to IMDB, portions of the series were filmed on location in Pawnee, Oklahoma. The county is named after the Native American tribe that settled there in the late 19th century. You can tour the county, although other than a museum and bathhouse there isn’t much to do there. Other Westerns filmed in Pawnee include Cowgirls ‘n Angels and Black Marshal: The Hunt for Dozier.

English was also filmed in Toledo, a World Heritage Site, 80 km south of Madrid. Toledo is well worth a visit for its beautiful setting alone, and guided tours of the area are available. Films shot there include the 1969 western Gunman of Ave Maria and the adventure film The Four Musketeers starring Michael York and Raquel Welch.

Avila is a Spanish province located an hour’s drive northwest of Madrid. Blick said: “Luckily our scout took us to a huge beef farm in Avila, outside Madrid. With the grasses, rock formations and horizontal light, it provided the perfect mythical space for this western.

Avila is another stunning Spanish city and has several historic buildings to visit. Other productions filmed there include the 2005 historical film Kingdom of Heaven, the action film Conan the Barbarian, and the epic historical drama El Cid.

When is The English on TV?

The first episode of The English airs on BBC Two at 9 p.m. on Thursday 10 November. Episodes will air at the same time each week and will be available for viewing on BBC iPlayer shortly after they first air. The series will be available on Amazon Prime Video for US viewers.