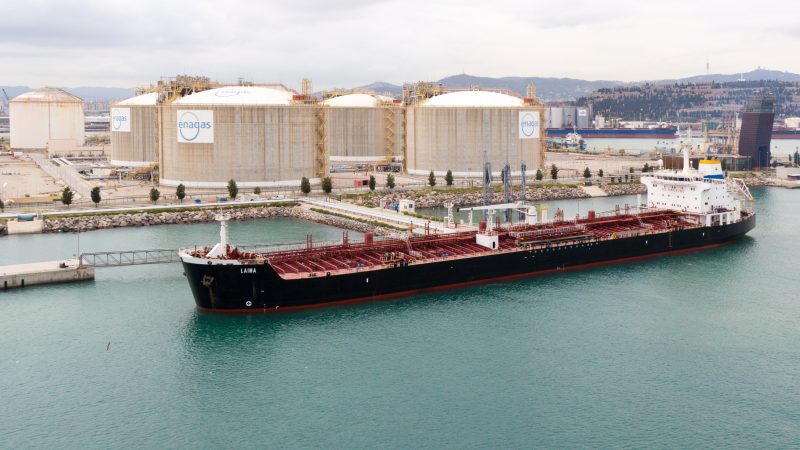 Why the EU must see through Spain’s claim to be an energy island – EURACTIV.com

Spain’s claim to be an “energy island” is misleading, and the EU should reject calls for an Iberian exemption, say Oscar Arnedillo and Jorge Sanz.

At the European Council meeting on 24 and 25 March, Heads of State or Government met to discuss how to improve the situation of the most vulnerable gas and electricity consumers and to support businesses in the face of high energy prices, aggravated by Russia’s invasion of Ukraine.

In its conclusion, the European Council expressed its support for the measures already recommended by the European Commission: State aid, reductions in excise duty and VAT, support for investment in renewable energies and energy savings, diversification of supplies and taxation of windfall profits.

However, at the request of the Spanish Prime Minister, the Council also indicated that the Commission was prepared to assess the compatibility of measures aimed at mitigating the impact of fossil fuel prices on electricity prices in markets with limited interconnection . This exception, known as the “Iberian exception”, appears to be that intervention in a market or region with limited interconnection would not have a significant impact on the single electricity market.

This week, following a meeting with European Commissioner for Competition, Margrethe Vestager, the Iberian exception became a reality, with Spanish and Portuguese energy ministers announcing that a “political agreement” had been concluded by which the price of gas against electricity production will be subsidized over 12 months to bring it down to €50/MWh.

This exception is based on the idea that the Iberian Peninsula is an “energy island” with an interconnection capacity of only 3%. This statement has been picked up and taken as read in political debates and the media.

So what is the 3%? This percentage only takes into account the interconnection of Spain with France and ignores the interconnections with Portugal and Morocco. Moreover, it is calculated by reference to installed generation capacity, which means that the results are distorted by the presence of significant excess capacity in Spain.

In addition, it considers not only the Spanish production capacity but also that of Portugal. As a result, an interconnection capacity of 3,885 MW between Spain and France is divided by 126,741 MW of installed capacity in Spain plus Portugal, and the figure of 3% is obtained.

The approach of the Spanish government indicates what percentage of the total production of the Iberian electricity system could be exported to France in a hypothetical but unrealistic situation where all the power stations of the Iberian peninsula were producing electricity at the same time (i.e. i.e. if the sun was shining, the wind blew and it rained at the same time and all over the Iberian Peninsula). However, this says nothing about the actual degree of integration or isolation of the electricity market.

Indeed, according to the Agency for the Cooperation of Energy Regulators (ACER), the level of integration between electricity markets does not depend on the size of the interconnection but on the degree of “price convergence”. , measured by the percentage of hours in which wholesale electricity spot markets in a region have similar prices.

In its latest market monitoring report for 2020, ACER includes an analysis of the degree of price convergence in each of the 11 electricity regions in Europe. According to ACER, price convergence between the Iberian Peninsula and France was “total” in 42% of hours and “total or moderate” in 76% of hours.

It is clear that a price convergence of 42% or 76% is not “perfect” integration, but it is not what one would expect from an “energy island” either. And, as ACER points out, it would be inefficient to aim for full convergence 100% of the time. In any case, the Iberian Peninsula can hardly be described as an “energy island” deserving of exceptional treatment given that, of the 11 regions considered by ACER in its 2020 report, only two had a level of price integration higher than the Iberian Peninsula. Peninsula, and eight had a lower level.

In reality, the Commission’s rejection of the Iberian plea for exceptionality wouldn’t necessarily be a bad outcome, and it’s not too late to change your mind. Market interventions always create problems and distortions, many of them unforeseen, and they undermine investor confidence, discourage investment and increase costs for consumers in the medium to long term. And it makes no sense to permanently damage the credibility of the single European electricity market to solve a problem that should only last a few months.

Moreover, a rejection of the Iberian proposal does not mean that the Spanish government would not be able to help vulnerable consumers. This would only push Spain to use the targeted tools recommended by the European Commission, as all the other European Member States already do.

2022-05-10
Previous Post: Spain rescues migrants at sea but others are missing :: WRAL.com
Next Post: Torremolinos wants to host Eurovision 2023 if Spain wins this year’s contest